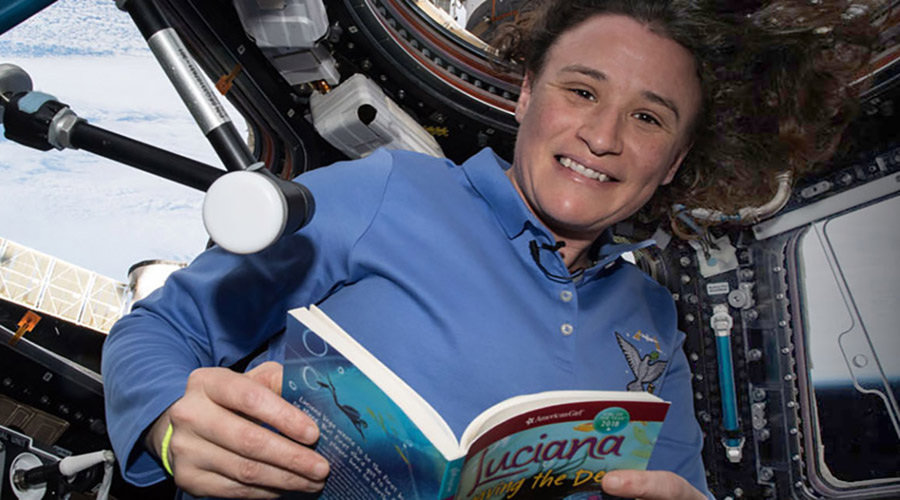 ISS National Lab education initiatives doubled in their reach again in FY19, showcasing the power of collaboration for engaging students in science, technology, engineering, and mathematics (STEM). Promoting STEM literacy in our country’s youth and preparing the future workforce to maintain U.S. leadership in a tech-savvy global economy is a fundamental responsibility of the ISS National Lab, complementing efforts to facilitate innovation in space and support the growing LEO marketplace. 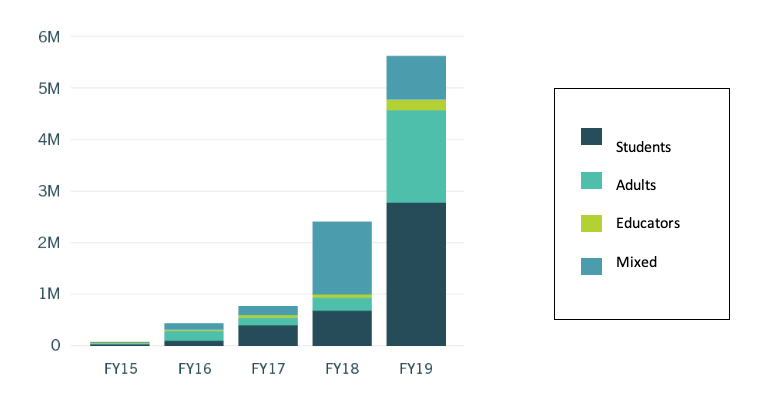 The success of ISS National Lab education activities is fueled by a growing list of partners and partner programs, listed in Appendix D and shown on the map on Section VI. Since 2012, the ISS National Lab has been building partnerships with schools and educational organizations interested in bringing U.S. STEM achievements to the forefront of the global market. Today, millions of students participate in 23 active programs—education and outreach initiatives with hands-on learning activities associated with the ISS National Lab, many of which launch student-designed experiments to the ISS.

The impressive growth in student engagement over the past five years was paralleled by a shift from viewing ISS National Lab student opportunities as a collection of independent educational activities to managing them as an integrated group of programs that creates a community of learners and explorers. The Space Station Explorers concept reflects the advice of 34 experts in STEM education fields, who outlined the power of a unified approach to maximize program growth and external funding during an ISS National Lab STEM Summit in 2015. Today, the Space Station Explorers brand allowed the ISS National Lab to increase national distribution of STEM opportunities from disparate programs and aided in building a powerful partner network that now includes Marvel, Boeing, the Boy Scouts of America, Challenger Learning Centers, National Geographic Learning, Nickelodeon, and Boys and Girls Clubs, among others. Such high-profile partnerships allow the nonprofit ISS National Lab to secure third-party sponsorships for student activities and elevate overall engagement by leveraging big-brand credibility and expertise.

On the other end of the spectrum, grassroots efforts by ISS National Lab Space Station Ambassadors (empowered educators that receive training and exclusive access to program resources) began in 2013 and now reflect the work of more than 800 dedicated volunteers—more than 300 of which joined in FY19 (learn more at www.spacestationexplorers.org/ambassadors). Several of these Ambassadors tested a pilot concept for a “Space Lab,” a physical research area, akin to a biology or chemistry lab, in which students would experience learning activities associated with a blend of resources from the 23 Space Station Explorers programs. This Space Lab pilot program paved the way to a new FY19 partnership with the John F. Kennedy (JFK) Library Foundation. Formed to commemorate the 50th anniversary of the Moon landing and reignite the inspiration of the Apollo program in today’s classrooms, JFK Space Labs (www.spacestationexplorers.org/jfk-space-labs-program) is a platform that provides access to ISS National Lab educational activities—including some FY19 educational funding opportunities through Raytheon, Google, and TD Bank.

Other FY19 success stories for STEM education on the ISS National Lab include the following.