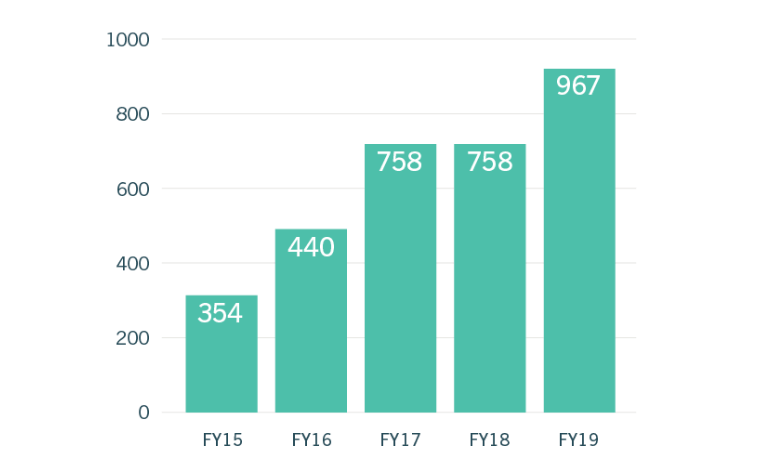 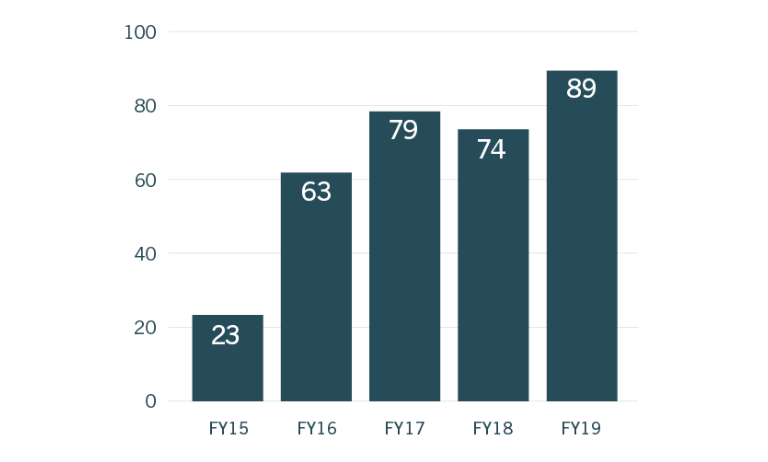 Of these payloads, 36% fall within the ISS National Lab Program areas of Advanced Materials and Manufacturing (16 payloads) and Industrialized Biomedicine (19 payloads). For more information on these Programs, see Section V. Additionally, 34% of payloads were sourced by Implementation Partners (see Section III and Appendix B), illustrating supply-side growth of the LEO economy and the value of new and diverse facilities to support cutting-edge R&D objectives.

Below are selected highlights from payloads launched in FY19 (see many more in Section V).

An additional FY19 success story of note includes validation of new late-load capabilities by commercial resupply services (CRS) provider Northrop Grumman, allowing time-sensitive experiments to be loaded into its Cygnus capsule just 24 hours before liftoff. In the past, all cargo was loaded into the orbital capsule multiple days, sometimes even weeks, prior to launch. This late-load capability will double the launch opportunities for ISS National Lab research partners interested in launching investigations that require late load, such as rodent research payloads or other biological experiments, that previously could launch only on the SpaceX Dragon.