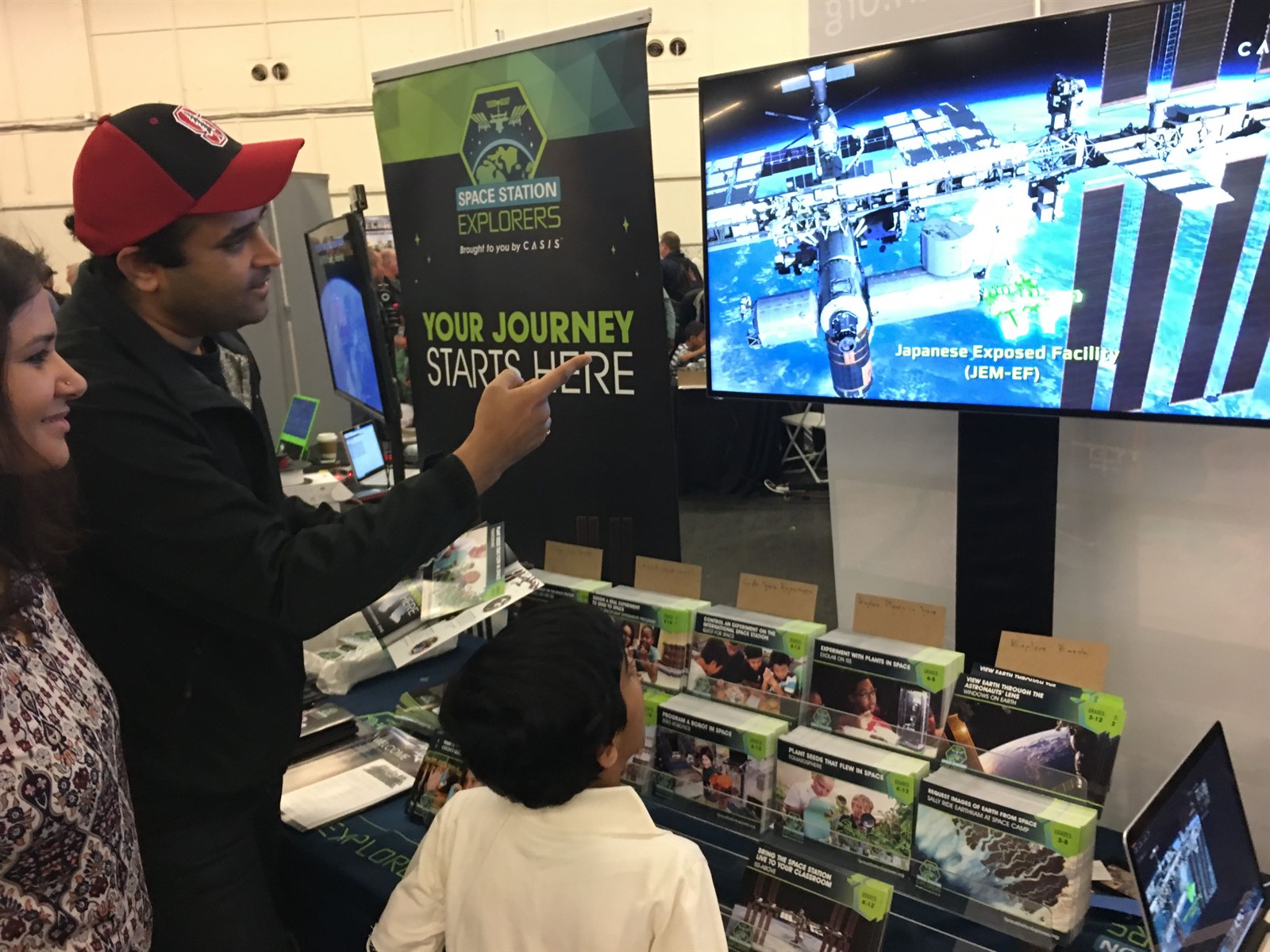 Space Station Explorers and its partners captured the attention of Make: magazine at the Bay Area Maker Faire for being a novel idea, genuinely engaging, and true to the Maker spirit by helping to develop and send student-run experiments to space—earning their exhibit an Editor’s Choice award. Make: magazine features dozens of do-it-yourself technology projects developed by and for those involved in the Maker movement.

The annual Bay Area Maker Faire, held May 18-20 this year in San Francisco, brings together a community of highly creative people across a spectrum of fields—from 3D printing to costumes and robotics. More than 100,000 people came for the weekend to explore and interact with this community of innovators. Around 150 exhibitors had their products, designs, and developments out on display to engage fellow Makers, who are involved with the movement either by supporting creators or by creating themselves.

The ability of Space Station Explorers to connect learners with space research drew kids, parents, educators, and scientists alike to their Maker Faire exhibit. Some Space Station Explorers programs allow learners to interact directly with ISS-based experiments—a fundamental shift from a “listen and learn” model of education to a “participate and do” model. Education has become more expansive, going beyond just what happens in the classroom, and there is a spark that goes off in people when they realize that anybody can participate in space research. Space Station Explorers enables this through competitions and events that send student experiments to the ISS National Lab, such as the recent Guardians of the Galaxy: Space Station Challenge.

The Space Station Explorers Maker Faire exhibit included ISS-based experiments for seed germination, thermodynamics, and Earth observation. The exhibit also sparked creative ideas from the visitors. One woman studying solar energy was interested in the solar panels on the ISS and how they compare with solar panels on Earth. The Space Station Explorers team is now working to provide access to ISS solar panel data to support her interest and creativity.