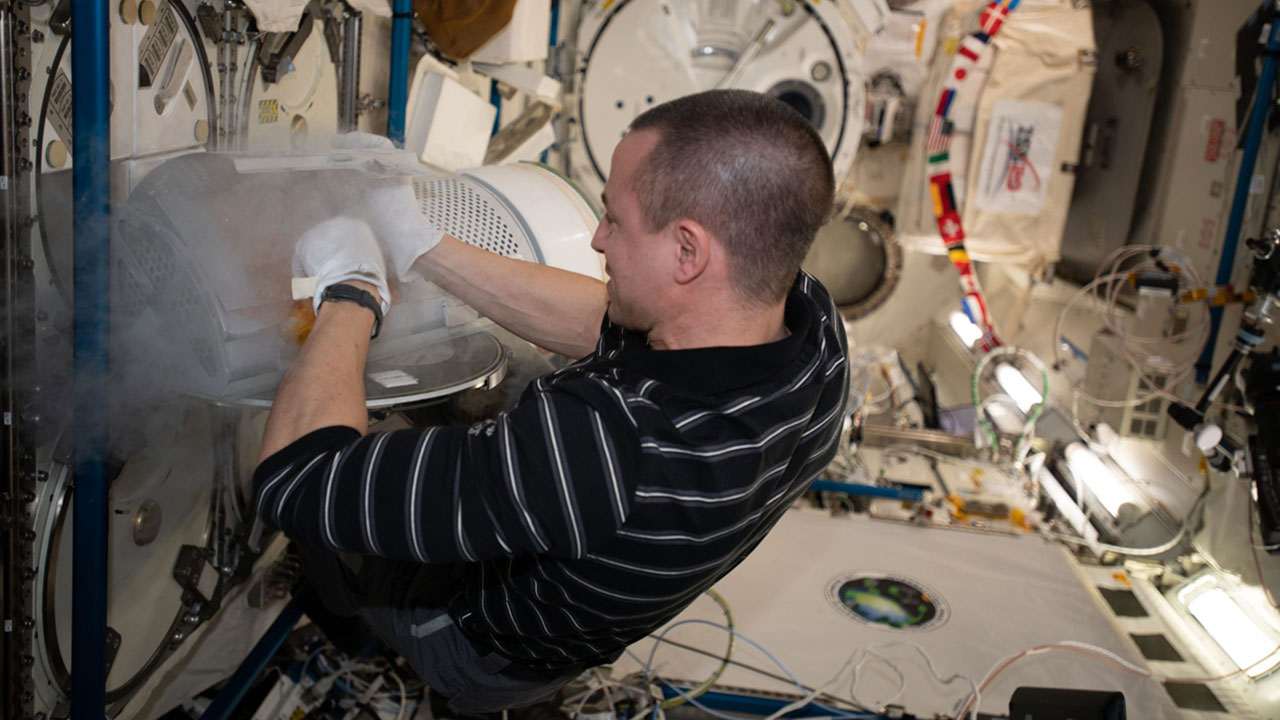 Bacteriophages (phages)—viruses that prey on bacteria and only bacteria—are the most abundant “organisms” on Earth. In a microscopic arms race, a phage seeks to infect bacteria to replicate more copies of itself and then kill the bacteria, while the host bacteria develop defense mechanisms to protect against invading phages. As we better understand the important role that bacteria play in human health, we must also understand how phages interact with human-associated bacteria and potentially affect our lives.

Scientists have known since 1919 that phages can destroy harmful bacteria without killing healthy human cells or beneficial bacteria in the human body.1,2,3 But soon after that discovery, the success of antibiotic drugs dampened the use of phages as targeted therapies. As more bacteria have grown resistant to antibiotics in recent years, developing phages for new, more effective and targeted antibiotic therapies is back in vogue. 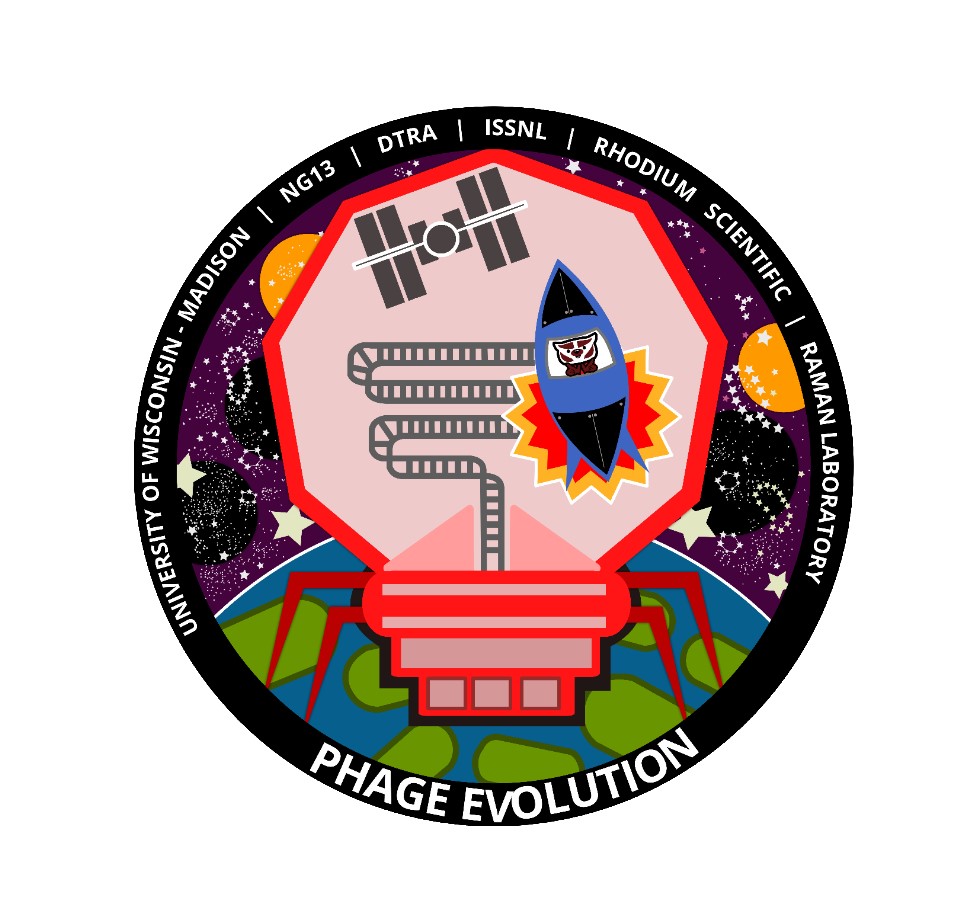 Official mission patch for the Rhodium Phage Evolution project designed by Chutikarn Chitboonthavisuk from the University of Wisconsin-Madison.

In humans, an important site for phage-bacteria interactions is in the gut microbiome. When gut microbial populations are out of balance with respect to their environment (termed “dysbiosis,” i.e., relative numbers of different members of the population change), it can often lead to changes in health that may lead to disease (pathogenesis). For example, digestive disorders often arise due to dysbiosis because multiple groups of bacteria within the microbiome are required at different concentrations to properly process your diet. Maintaining a healthy and balanced microbiome, where beneficial bacteria are numerous and harmful bacteria are limited, is essential for health.

Our #PhageEvolution study on the International Space Station (ISS) U.S. National Laboraory explores how microgravity and radiation not found on Earth may affect phage-bacteria interactions, possibly disrupting the balance in a healthy gut microbiome. Microgravity could change how often phages find their bacterial targets. Radiation experienced in low Earth orbit could lead to mutations altering either the phage’s ability to attack or the bacteria’s ability to defend. The frequency that phages and bacteria might mutate may be higher in space than on Earth. This leads to questions critical to understanding these interactions and their effect on human health: Do phages acquire new functions or lose existing ones while preying on bacteria? Do bacteria acquire new functions or lose existing ones while they try to evade phages? 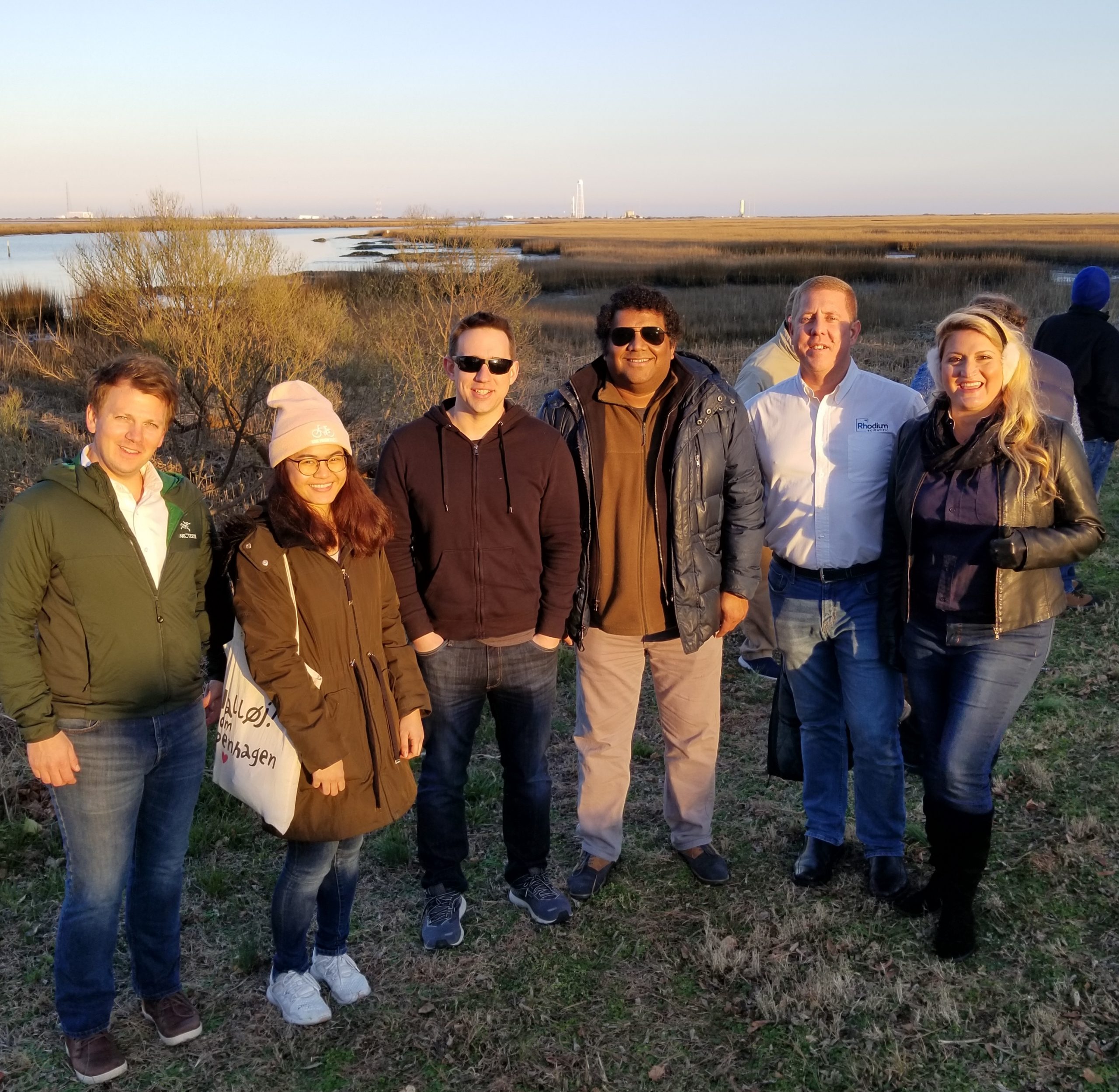 Answering these kinds of questions will help direct the development of new phage therapies that target specific bacterial pathogens while leaving the beneficial members of the microbiome intact. Phage technologies of this type would eliminate a longstanding problem with current antimicrobials in that most antimicrobials typically destroy the microbiome indiscriminately. New, targeted phage therapies would thus avoid this drug treatment side effect of disrupting beneficial bacteria populations, requiring time for the recovery of “good” bacteria to restore their human host back to full health.

Now that the samples from our ISS National Lab study have returned, the principal investigator at the University of Wisconsin-Madison and the co-principal investigator at Rhodium Scientific will analyze the cultures to determine how the phage-bacteria relationships differ in spaceflight versus Earth. These analyses will also help determine if a better targeting phage has been obtained. This project, funded by the Defense Threat Reduction Agency (DTRA), is a part of an effort that seeks to explore fundamental changes of biological systems in extreme environments that are used to advance biotechnologies that optimize human health for both military and civilian applications. 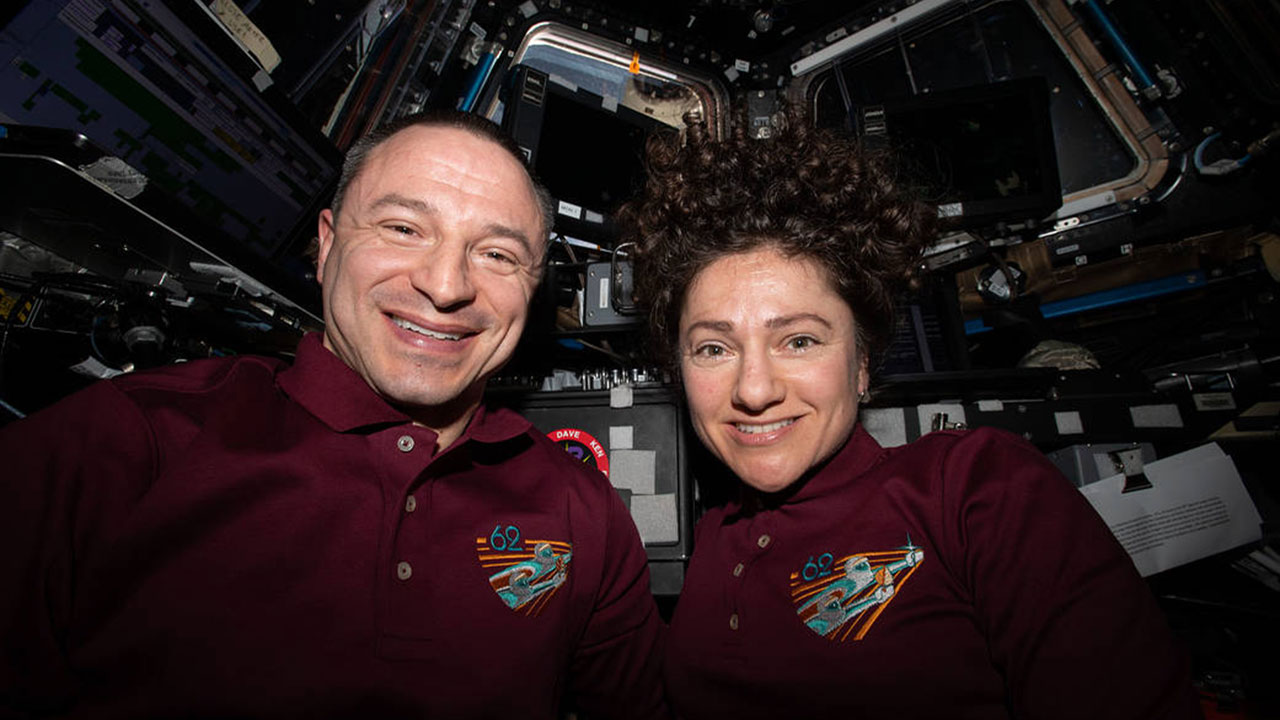 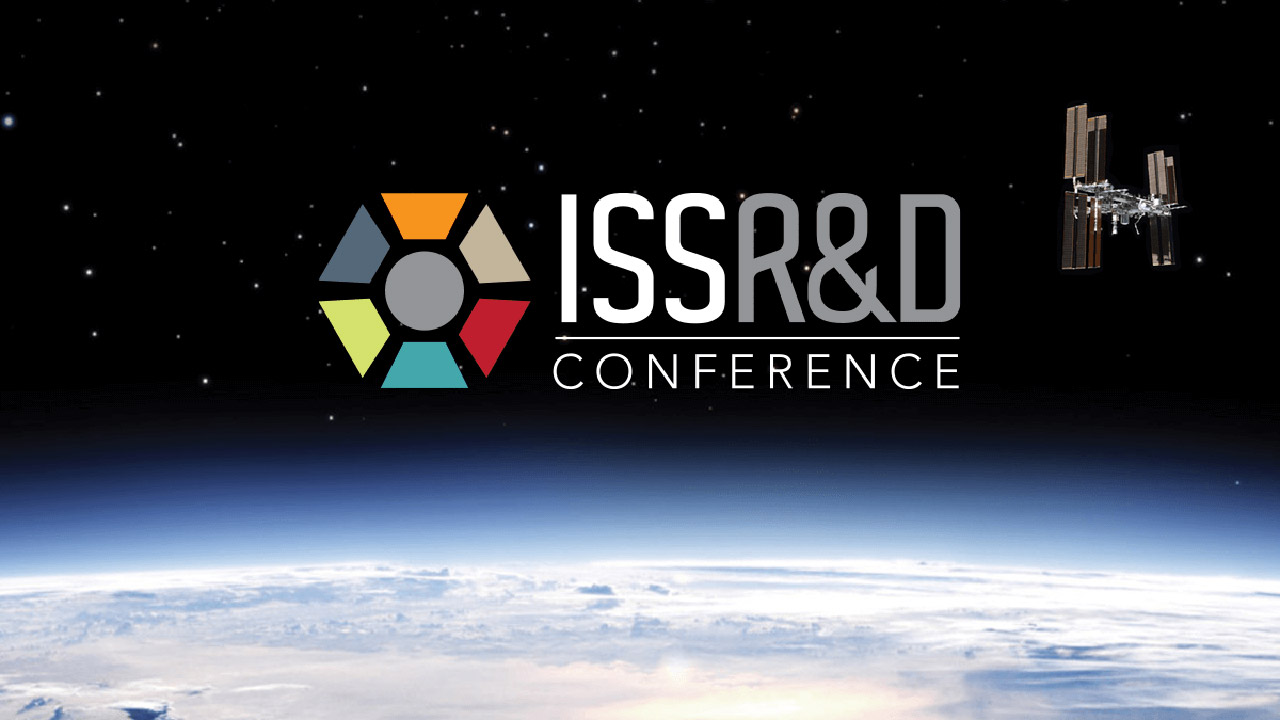