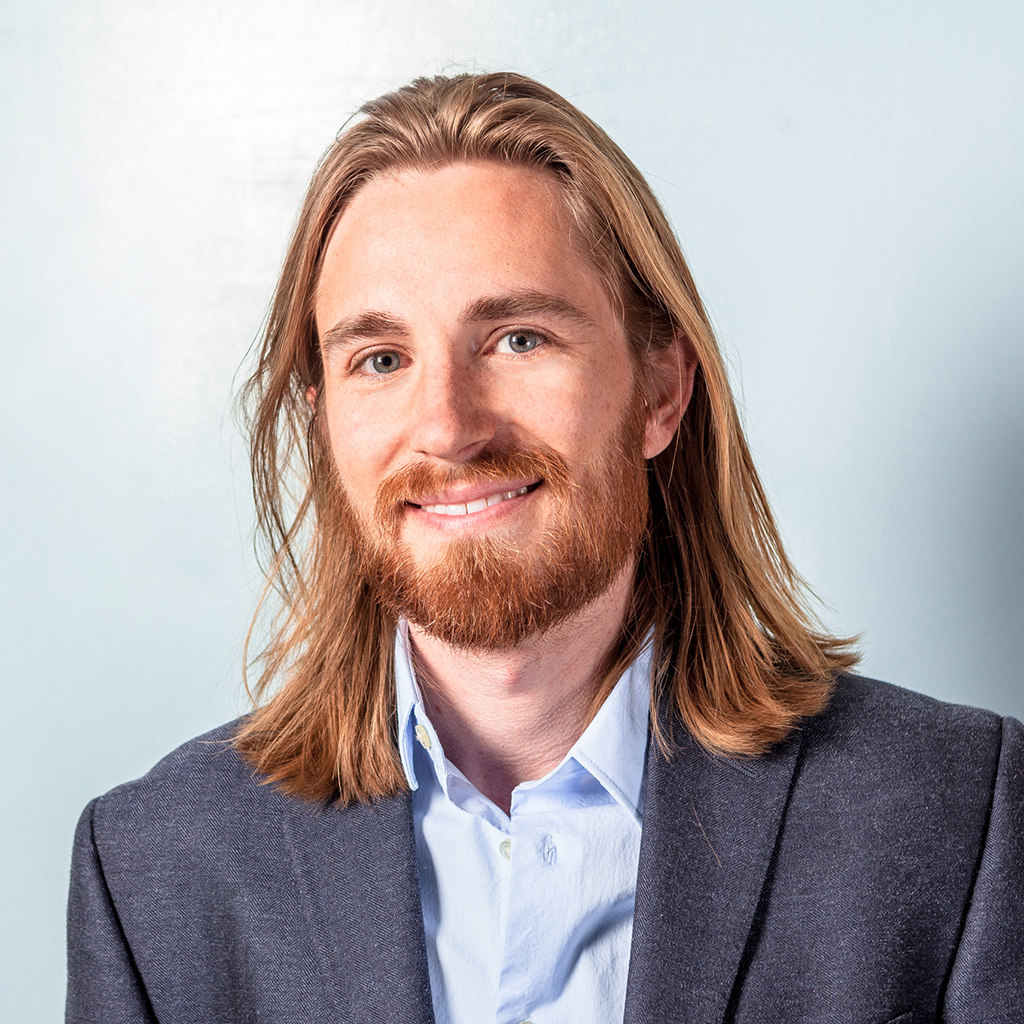 Chris Hinojosa, vice president of platform development at Emulate, Inc., is using the International Space Station (ISS) U.S. National Lab to study how microgravity affects blood-brain barrier physiology. The blood-brain barrier consists of endothelial cells (cells lining blood vessels) that create a protective boundary between brain tissue and the rest of the body’s blood circulation. An increased understanding of how this barrier works could have major implications on how researchers study and treat diseases and develop life-changing medical therapies. Emulate’s ISS National Lab investigation uses their proprietary Organ-Chip platform, which emulates the structure and function of the human body. Emulate’s experiment aims to validate their chip platform to further human cell experimentation research with organs such as the liver, lung, brain, and intestine.

We recently sat down with Hinojosa to talk about Emulate’s blood-brain barrier experiment scheduled to launch to the ISS on SpaceX’s 17th commercial resupply services mission.

I remember the first time I really connected the idea of engineering and doing things to help people, and I thought that link was fascinating. I was around 10 years old, and I saw an interview with inventor Dean Kamen about a water purification device he’d created that could be used to provide clean water in remote areas.

In college, I was drawn to fluid dynamics. In my very first engineering class at Portland State University, I saw a video of single cells being suspended with optical tweezers—basically, using laser light to hold a single cell and apply forces to it using microfluidic channels—and I was hooked. I later got a job in the lab from the video, and right next door was Mark Weislogel, who works in microgravity fluid dynamics. I started working with him too, conducting experiments on the drop tower that was new to the campus at the time. That’s where I began to develop some intuition about microgravity in a really fun way.

Mark Weislogel was part of the team at Portland State University that designed a coffee cup that gave astronauts a coffee-drinking experience similar to how people drink coffee on Earth.

I had an opportunity to study abroad, in Finland, and it was there that I first learned about organs-on-chips. That’s when I fell in love with this Organ-Chip world. It was where I first saw heart cells beating inside a chip, and I was completely mesmerized.

Organ-Chips are a way for us to emulate human biology on a microengineered chip. They allow us to look inside at the inner workings of these tissues at an unprecedented level of resolution. These chips are crystal clear, so we can watch how these cells are functioning within the chips. The cells are in a dynamic microenvironment, being constantly perfused, so we can take samples and see exactly what they’re producing (just like when you take a blood sample from a patient). We can recreate different stimuli and factors that the cells might experience inside the body by recreating the blood flow, mechanical forces (e.g. by stretching the Lung-Chip to recreate breathing motion), and all kinds of different microenvironmental parameters. When we apply these various factors, we’re finding that the cells behave, more or less, like they would in the human body. 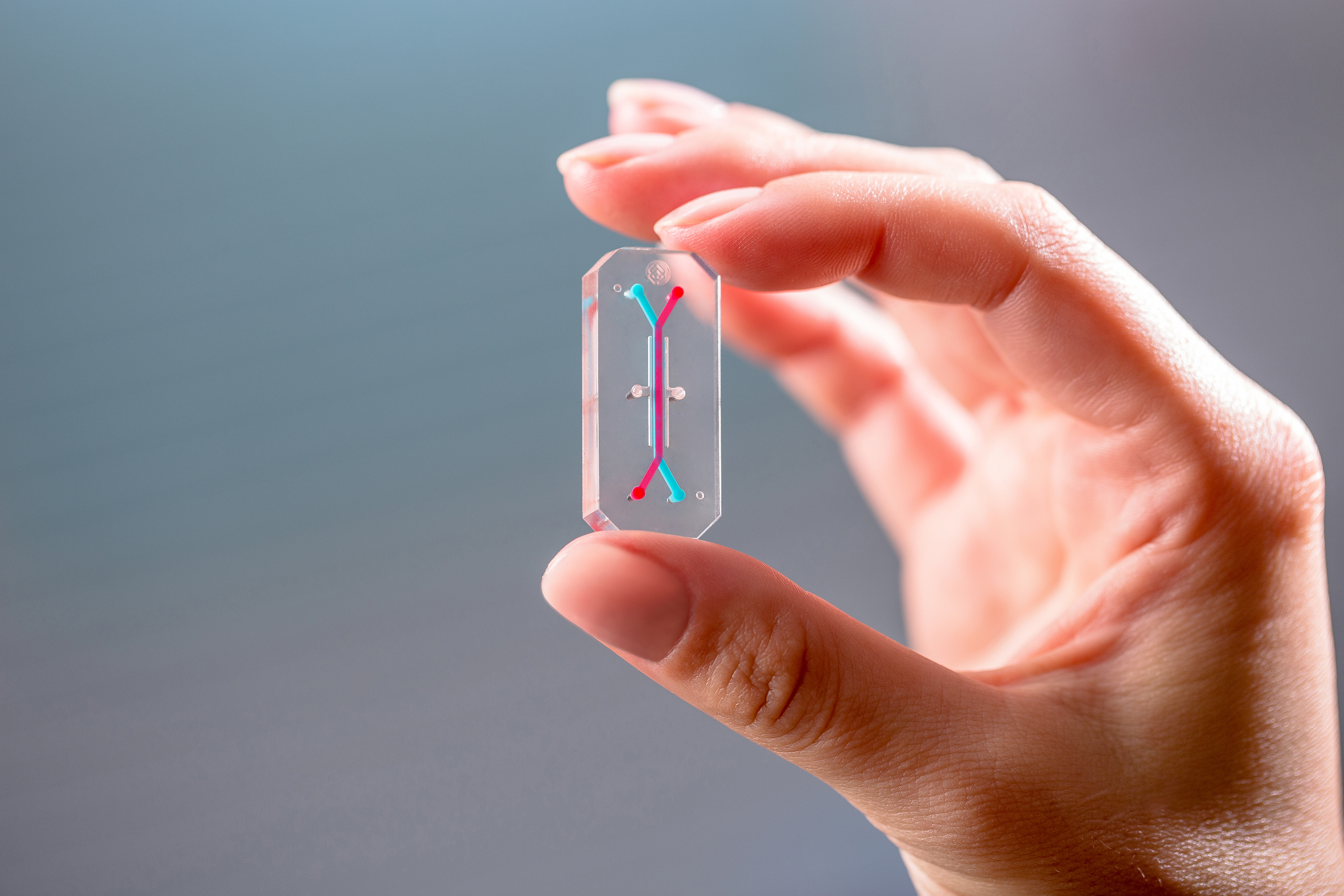 A human body can be very difficult to probe to gain a deep mechanistic understanding about the various things that influence our health, but Organ-Chips are accessible enough that we can do these things. Organ-Chips are not as reductionist as how researchers typically study cells, which is to put them in a plastic petri dish where there aren’t any dynamic forces or flow. We have placed ourselves between these two extremes: we can start to recreate the complexity of the human body, yet still be able to probe and understand it.

For this ISS first experiment, we’re studying the blood-brain barrier, which is the very specialized barrier of endothelial cells. This barrier is a very tight one—only certain things can pass from the bloodstream into the brain. That’s important because if all the chemicals in our bloodstream could pass into the brain, we wouldn’t be able to function very well. Things that can easily pass, like caffeine, allow us to see how quickly our brain can be impacted, so it’s clear that this barrier is very important.

There have been a lot of studies around how microgravity affects a cell’s structure—its morphology and cytoskeletal structure—basically, its shape. We know, from the literature over the last 20-30 years that cell structure can also influence its function. It wasn’t until the Organ-Chips came along that we can look at both the cell structure and its physiologically relevant function at the same time to help us understand how these things are related.

We’ll be sending 12 chips up to the space station, each about the size of a USB thumb drive. Each chip has two fluidic channels separated by a porous membrane. One of the channels is lined with our blood-brain barrier (brain endothelial cells derived from induced pluripotent stem cells). On the other side, there are astrocytes (a type of central nervous system cells), pericytes (support cells), and cortical neurons (nerve cells). In this case, we’re using those neurons as a kind of biosensor because they’ll be highly responsive to anything that crosses over into the blood-brain barrier. 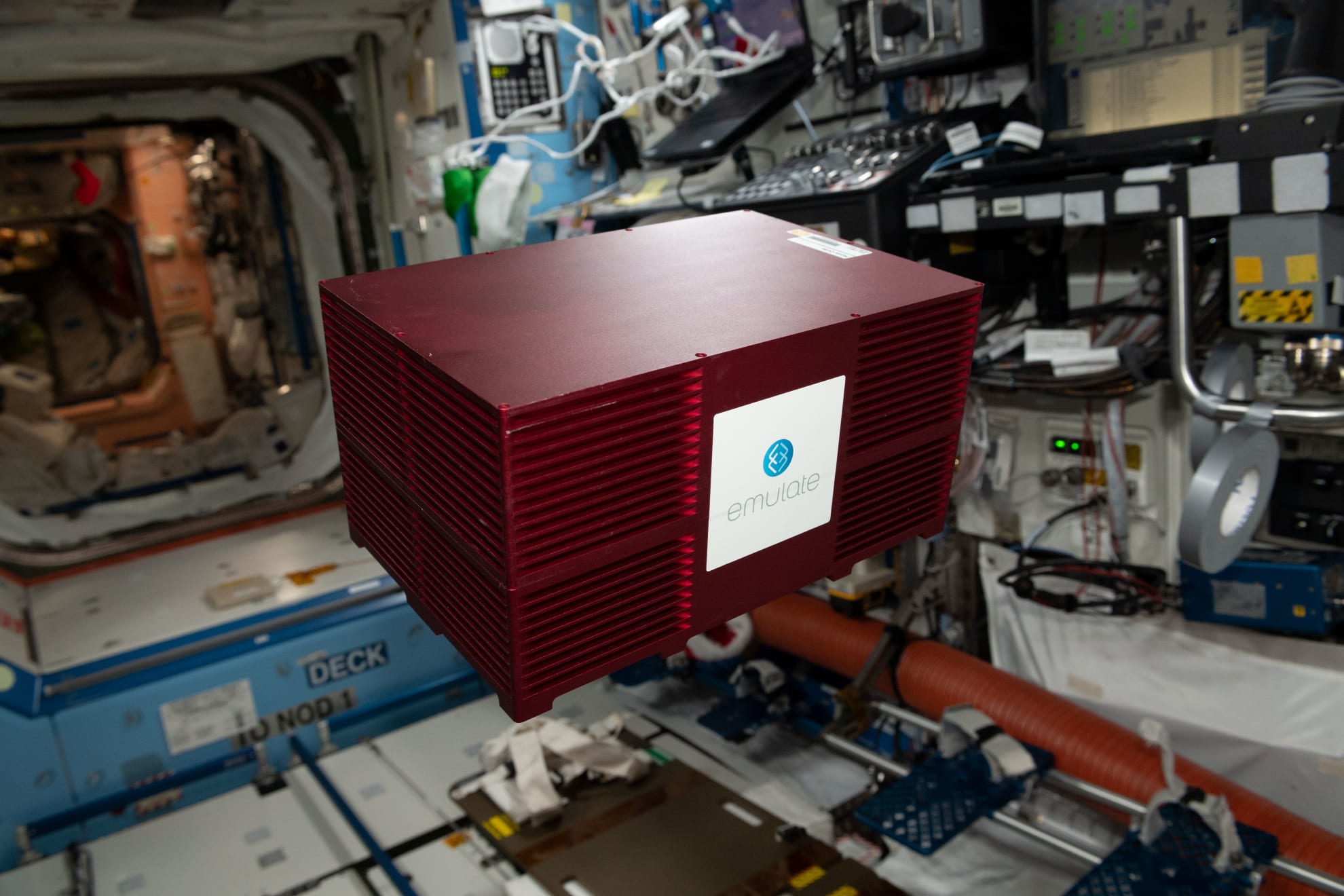 Emulate sent their hardware (without the cells) to the ISS for testing in November 2018.

The hardware we built is really cool. It’s basically a box the size of a shoe box that totally automates the Organ-Chip experiment. Everything from keeping the chips alive to keeping them warm and perfused, taking samples from them, and then fixing the samples at the end of the experiment. We’ve packed an entire lab infrastructure and the function of a biologist into this tiny box that can run all by itself. As a company that’s building automated instruments and systems to make experiments on Organ-Chips easier, eventually this technology is going to start trickling down into ground technology, and that’s really exciting to us.

If we find that microgravity changes some aspect of the blood-brain barrier (making it more or less open), then we can dig in and understand why that’s happening and use that information to figure out how we might selectively open or close the barrier. For the pharmaceutical industry that wants to get therapeutics across this highly restrictive barrier, this research could help address that challenge. In the case of damage due to traumatic brain injury or chronic inflammation, this barrier may be open when we don’t want it to be, so understanding how mechanical forces, such as gravity, might play a role in how the blood-brain barrier functions is extremely important.

We had a sense of the scientific questions that would be interesting to study, but on the implementation and engineering side, we thought that designing something to actually conduct the experiment would be a long and difficult process. I didn’t know about all of the various implementation partners that work with the ISS National Lab. We found a good fit with Space Tango, who shared their fast process for getting research on station, which was a real surprise to me. Space Tango has standardized a closed-field CubeLab process, sending research up to station on almost every launch. 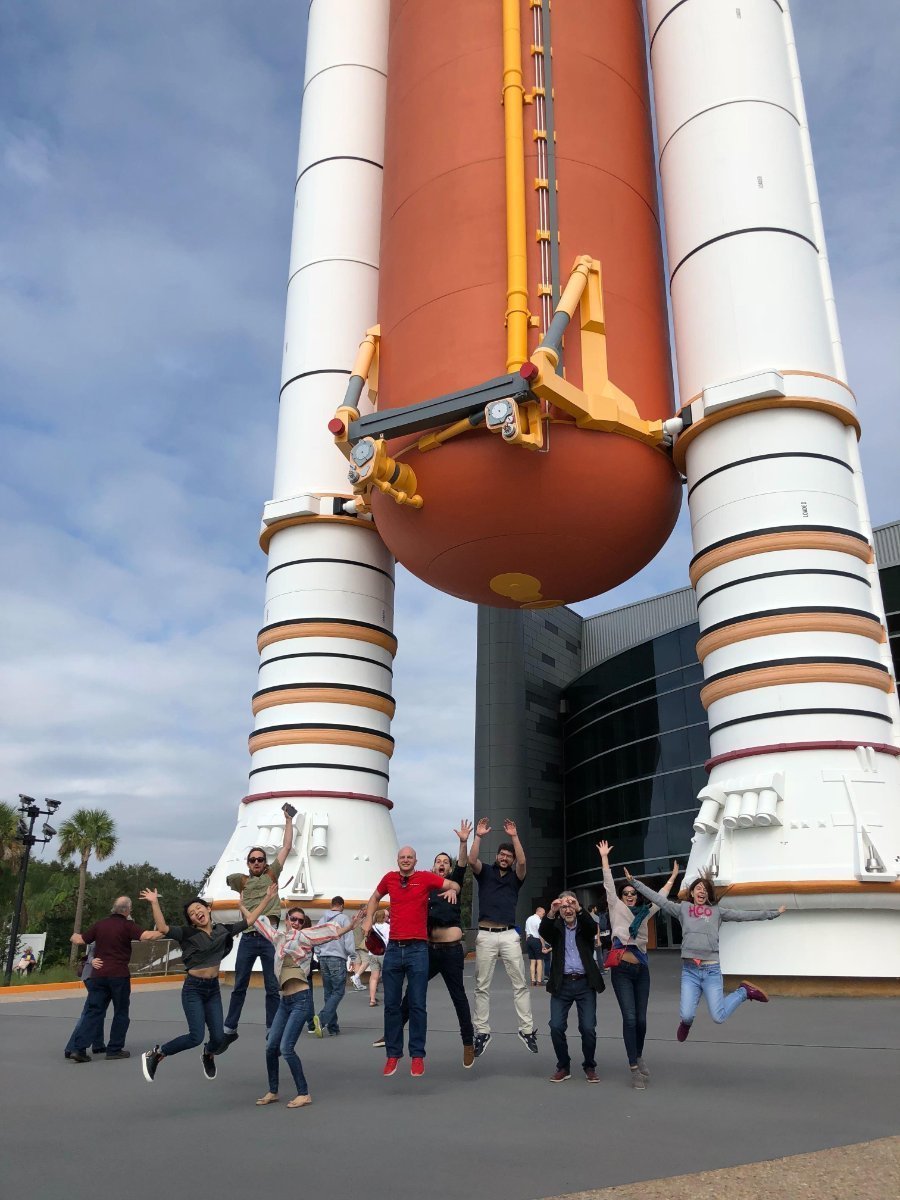 It was an iterative process. Creating this hardware was a little more dynamic than a typical engineer would like, but we worked through it. We developed the automated hardware in parallel with the Brain-Chip development, and so as we uncovered new biological requirements, we had to modify the hardware. But this is how it is at the cutting edge.

Maybe it’s not the most exciting advice, but start simple. It’s challenging to keep cells alive and functioning outside the body, and its challenging to run these experiments so far from home. It’s one thing to build an automated system and be able to go fix it when it breaks. It’s something else when it’s an automated system a couple hundred miles above your head that you cannot touch. Consider the simplest system that will allow you to answer an interesting scientific question, and then build complexity from there.

Talk to some of the knowledgeable people who have already sent research into space. You don’t realize how much gravity influences your intuition until you don’t have it. It’s such an outside-of-the-box design experience.

When the experiment comes back from the space station, we’ll start processing everything. We’re going to measure a lot of different things on these chips. Fluid samples of the medium that flows through the chips are collected in the CubeLab on a daily basis. We’ll be recovering and analyzing those samples, and then the chips will be fixed, either for imaging or RNA sequencing. We’ll check the hardware and then reload everything to run a ground control study.

We have a couple of other projects that will be going up to the space station. Soon we’ll be sending up an Intestine-Chip that will look at the intestine and the microbiome. Our chips will allow for co-culturing human intestinal cells and bacteria. We’ll be looking at pathogenic bacteria that have been shown to be more virulent in microgravity and whether this behavior manifests itself into a more serious infection when introduced into the Intestine-Chip. These tissues are really complex and there are a lot of different cell types involved, so the more we can understand how they all play a role and what role they’re each playing, the better.

Another experiment is looking at inflammation and how the inflammatory response of a complex Organ-Chip changes in microgravity. We think that one is going to be interesting, especially with existing observations about astronaut immunosuppression in microgravity. The more we can understand about what’s happening to the immune system in microgravity and why it’s less easily activated in space, the better we might understand and treat autoimmune disorders here on Earth. 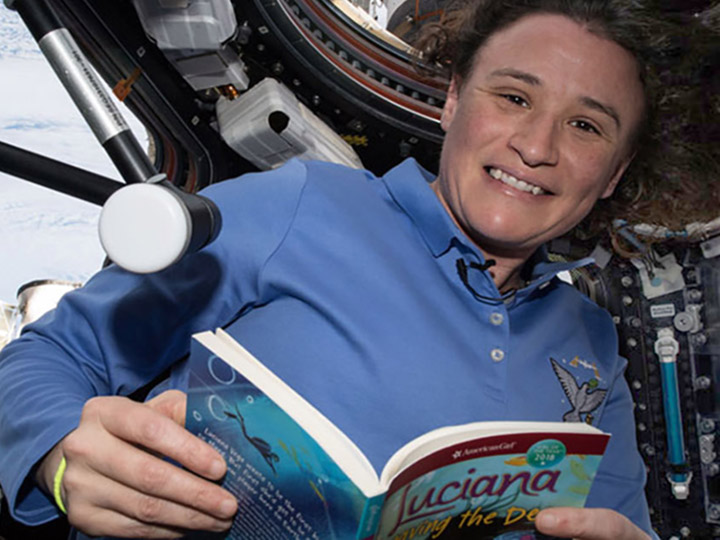