Last week, a type of microscopic worm that kills crop-eating insects rocketed to the International Space Station (ISS) U.S. National Laboratory for an agricultural biocontrol experiment in space. Collaborating with the United States Department of Agriculture (USDA), biotechnology startup Pheronym hopes to learn how beneficial nematodes, shown to safely kill agricultural pests, function in microgravity and apply findings to improve the nematodes’ efficacy back on Earth. 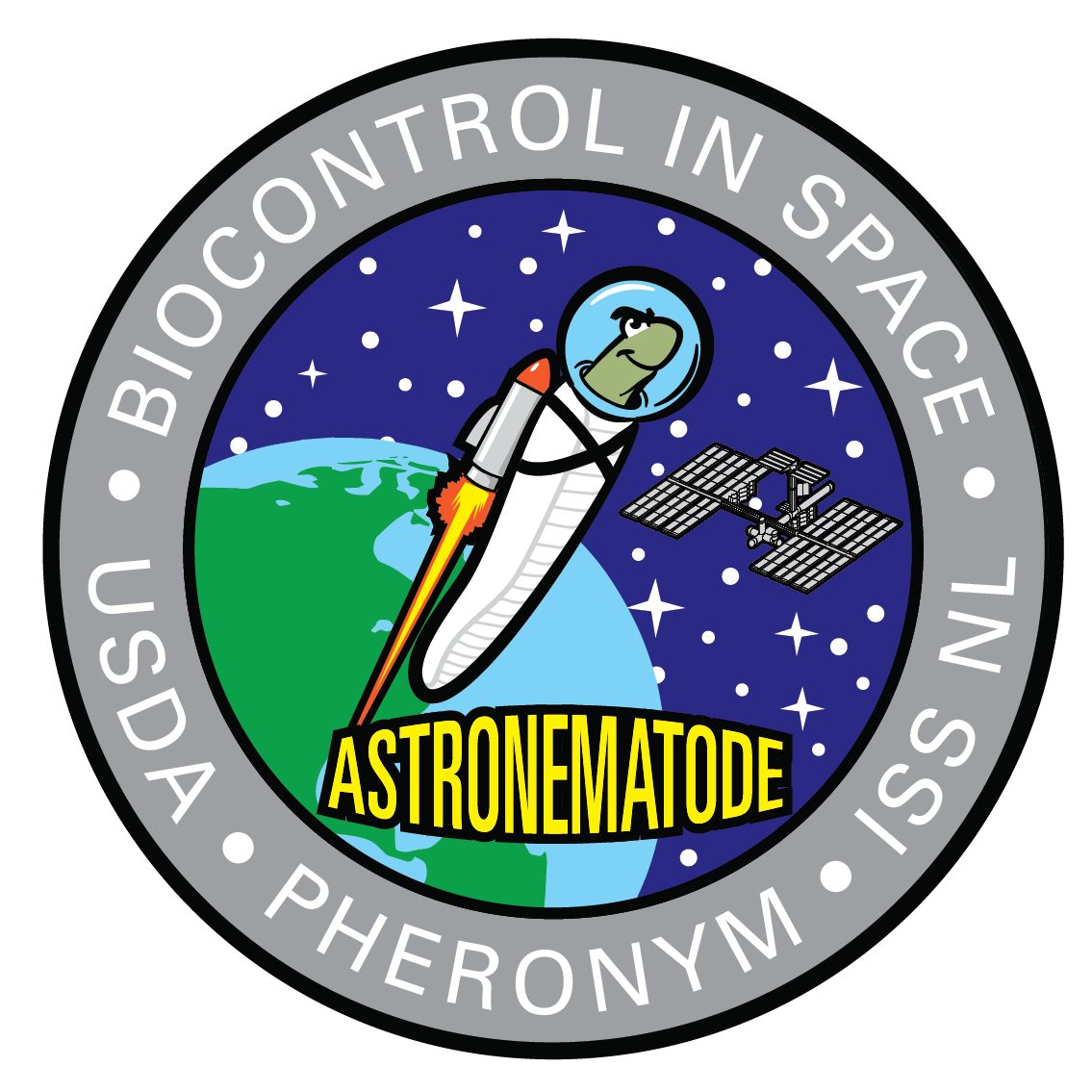 According to Pheronym, without pest control, farmers could lose up to 80 percent of their crops. As broad-spectrum pesticides are removed from field applications because of regulations to protect the environment, farmers are increasingly turning to Mother Nature for natural insect-control methods.

Beneficial nematodes have naturally occurring bacteria in their gut that kill crop-harming insects but are safe for beneficial insects like honeybees. The nematodes enter insects through natural body openings and release symbiotic bacteria that infect and kill the prey from the inside. Once the insect host is consumed, a pheromone signal tells the nematodes they are too crowded and need to leave, and the nematodes disperse and find a new insect to infect.

Pheronym developed the patented Nemastim™ pheromone that super-charges nematodes’ insect-hunting ability. Specifically, the pheromone extract directs the nematodes’ behavior, propelling them to disperse more frequently to find insects to infect. Nematodes treated with the pheromone have been found to be three times more effective in attacking agricultural pests than untreated worms.

“These pheromones are how the nematodes talk to each other—telling them that it’s time to move, find an insect, and infect it,” said Dr. David Shapiro-Ilan, co-project director and research entomologist with the USDA-Agricultural Research Service Southeastern Fruit and Tree Nut Research Laboratory. “This space mission will help us with some of the basic research to understand the nematodes and their dispersal and infection mechanisms, their reproduction, and their pheromone production.” 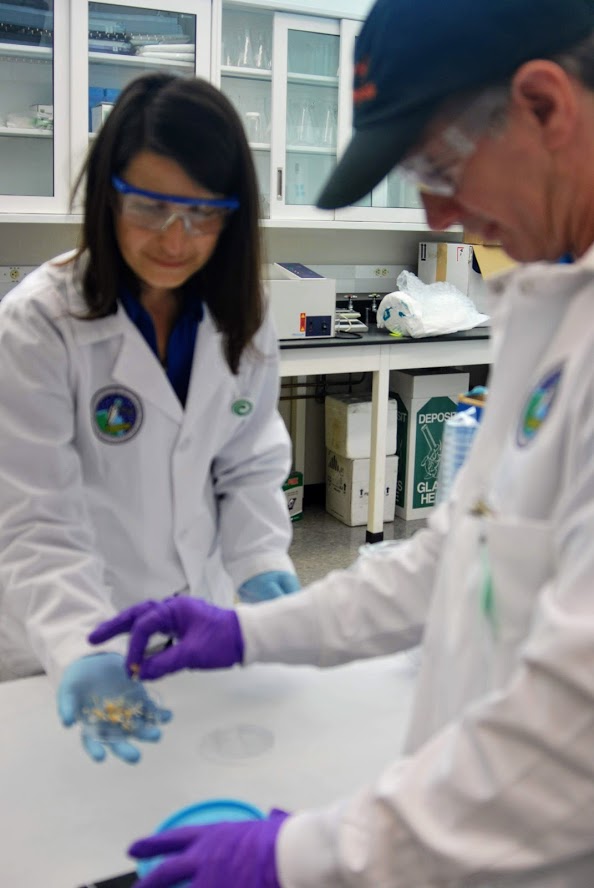 Dr. Kaplan and Dr. Shapiro-Ilan prepare the materials to assemble the experiment for the flight.

The research team wants to know how the worms will navigate in microgravity—if they’ll be able to latch onto their prey, enter an opening, find the insect’s bloodstream, and release bacteria. “On Earth, the soil is in one particular station and place, but on the ISS, there is no gravity, and the nematodes and their target are just floating,” Kaplan said.

The researchers also hope to learn whether nematodes can disperse over long distances in microgravity—findings that could enhance the nematodes’ ability to dig deeper into the soil back on Earth. New study results have shown Pheronym’s pheromone drives nematodes to move further and faster, including digging up to 35 centimeters deeper into soil to find prey, which commercial chemical pesticides cannot do. With more reliable and effective worms, farmers would need fewer nematodes and chemicals to protect crops, noted Dr. Fatma Kaplan, Pheronym CEO and co-founder.

“Maybe they’ll be less encumbered in microgravity and be able to find the insects really fast,” said Kaplan. “Maybe some of the factors that cause them to decline on Earth may not be present when they are in space. Everything might work better. That’s what’s kind of exciting about it—we really don’t know.”