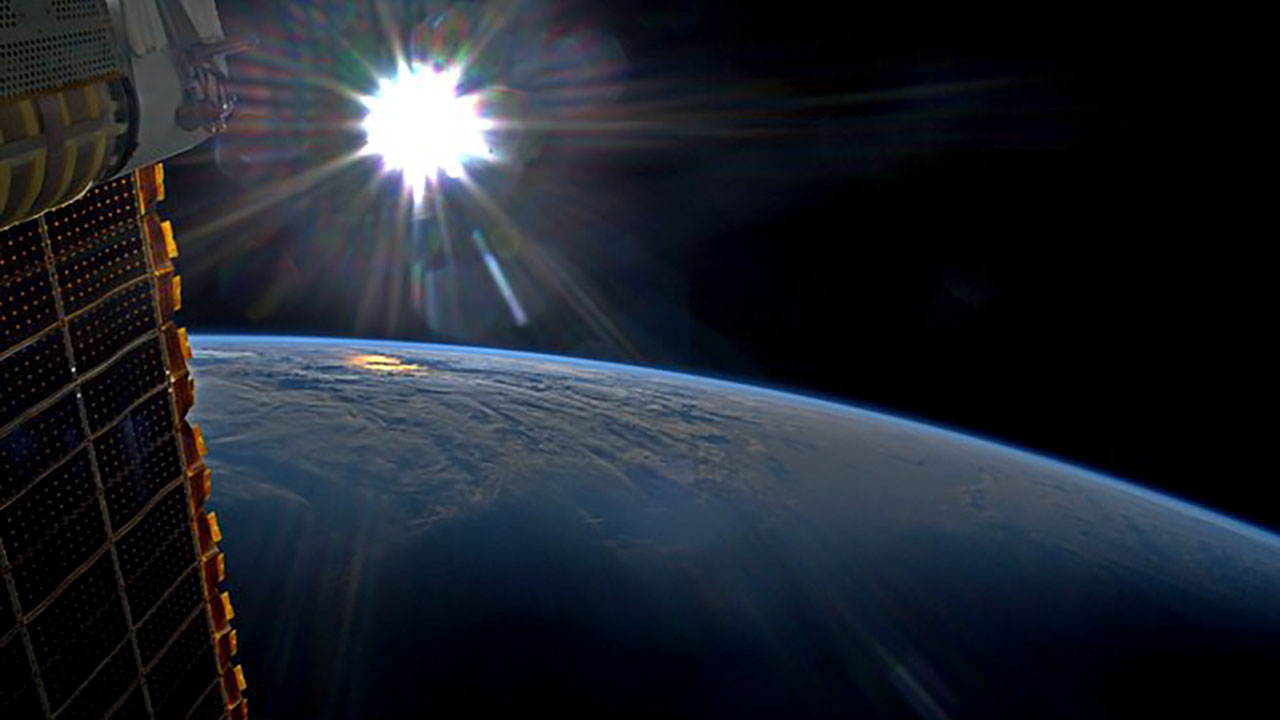 The International Space Station (ISS) is more than just a home for astronauts. It’s also a unique research platform in low Earth orbit (LEO) designed for scientific investigations, technology demonstrations, and educational opportunities that inspire innovation and promote discoveries that will benefit humankind.

During 2022, astronauts on the ISS worked on hundreds of science experiments and technology demonstrations, many of which were sponsored by the ISS National Laboratory. The results from these research investigations will not only benefit people back on Earth but will also help to prepare humans for future deep space missions.

Access to the sustained microgravity environment of the space station is a game-changer for scientists across many different disciplines. For example, microgravity affects organisms from bacteria to humans in a way that induces changes not seen on Earth in gene expression, cellular and molecular functions, and even the 3D aggregation of cells. Research leveraging these effects can drive advances in disease modeling and treatment, regenerative medicine, tissue engineering, and many other areas.

Here’s a look at some of the scientific experiments performed this year. 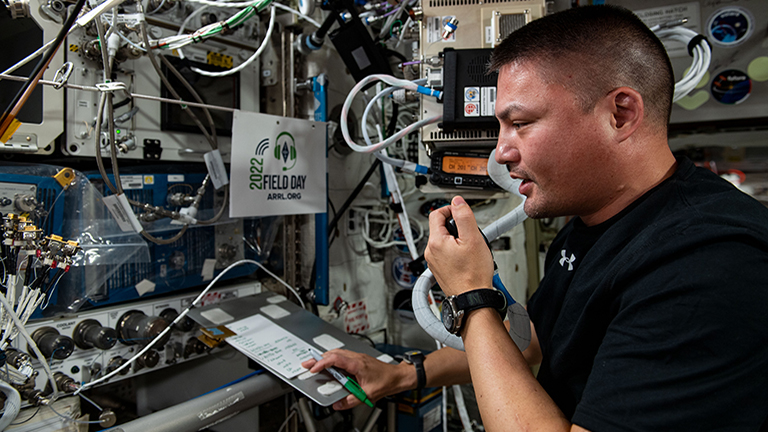 Students can chat with the astronauts onboard the ISS via HAM radio through a program called Amateur Radio on the International Space Station (ARISS). During the Crew-4 mission, NASA astronaut Kjell Lindgren spoke to many students, including Argentinian students at school No. 38, located at Esperanza Base, Antarctica. This marked one of the most remote locations for the ARISS program. 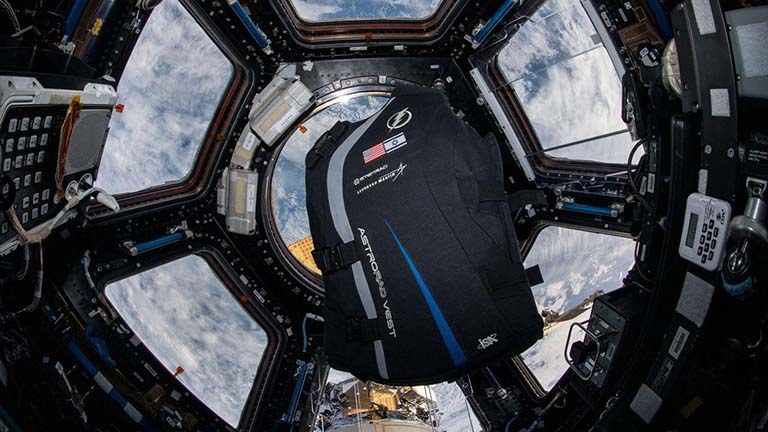 Radiation exposure is a primary concern for space exploration. Ensuring that astronauts can live and work effectively—and safely—during future lunar and other deep space missions is crucial. To that end, a special vest developed by StemRad and Lockheed Martin was sent to the ISS to study how well it can protect astronauts from space radiation.

Over the last two years, multiple astronauts onboard the ISS, including Crew-4’s Jessica Watkins, have tested a prototype of the AstroRad vest for comfort and wearability. A second prototype vest flew on NASA’s Artemis-1 mission, which just returned to Earth. During the flight, sensors provided crucial data on the vest’s ability to protect astronauts on long-duration missions. 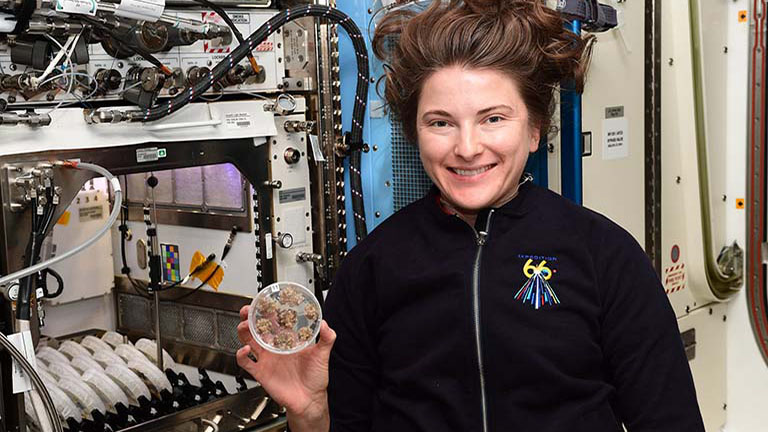 NASA astronaut Kayla Barron worked on an experiment designed by researchers at Clemson University to see if they could unlock secrets of the cotton plant’s genome that would help them develop more resilient plants that use water more efficiently.

Genomics and biotechnology advancements have fueled innovation and advanced our understanding of DNA and how it influences traits. Understanding these genetic blueprints will help further our knowledge of an organism’s disposition to diseases. The researchers at Clemson are hoping their experiment will help them do the same in plants to benefit the field of agriculture and help create more robust plants and food sources. 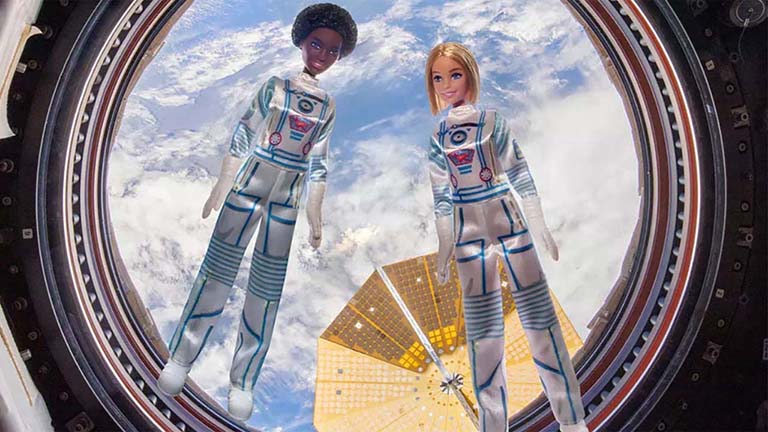 Barbie may be a doll, but Mattel and the ISS National Lab teamed up to take her to new heights as part of an educational program to show young girls that the possibility of pursuing a career in space when they grow up is real.

To help Barbie’s mission succeed, two dolls, inspired by real-life astronauts and cosmonauts, were sent to the space station as part of “Mission DreamStar,” an educational outreach project by Mattel that introduces young girls to careers in STEM fields. The spacefaring dolls are featured in a new episode of Mattel’s “You Can Be Anything” YouTube series, alongside NASA astronauts Kayla Barron and Raja Chari. 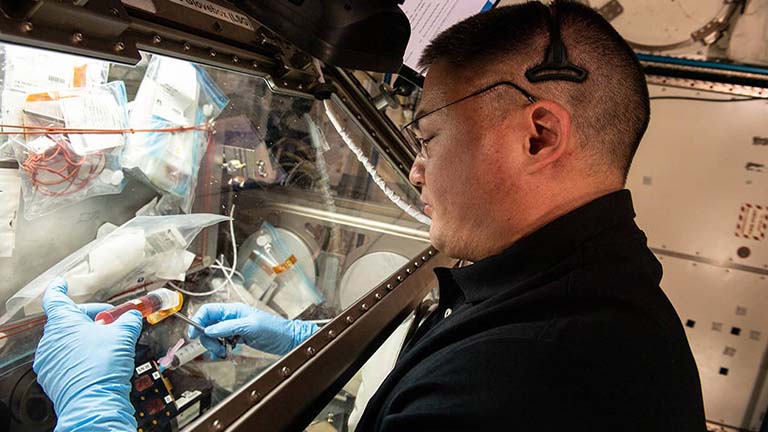 Funded by the National Institute of Health’s National Center for Advancing Translational Sciences (NCATS) through the Tissue Chips in Space initiative in collaboration with the ISS National Lab, this investigation studied the relationship between immune aging and healing outcomes in space.

The experiment, from a team of researchers at the University of California, San Francisco, was performed by NASA astronaut Kjell Lindgren. It will help shed light on the effects of microgravity on the body’s immune system and how those effects play into the aging of immune cells. By observing immune function in microgravity and during cell recovery back on Earth, the research team hopes to better understand how immune cells change and how the immune aging process could be reversed. 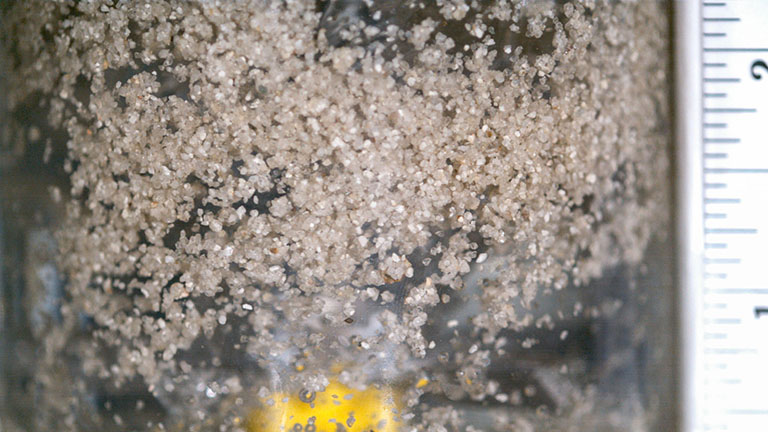 As climate change-driven wildfires worsen, post-wildfire mudslides are a growing concern. However, these gravity-driven mudflows happen suddenly and are difficult to predict. Understanding the forces that drive them will help researchers save lives and reduce damage to critical infrastructure on Earth.

To that end, researchers from the University of California San Diego sent an experiment to space this year that looked at the hydrodynamics of post-wildfire mudslides. Funded by the U.S. National Science Foundation (NSF), the investigation studies the flow of sand particles mixed with air and water in microgravity to better understand mudflow. 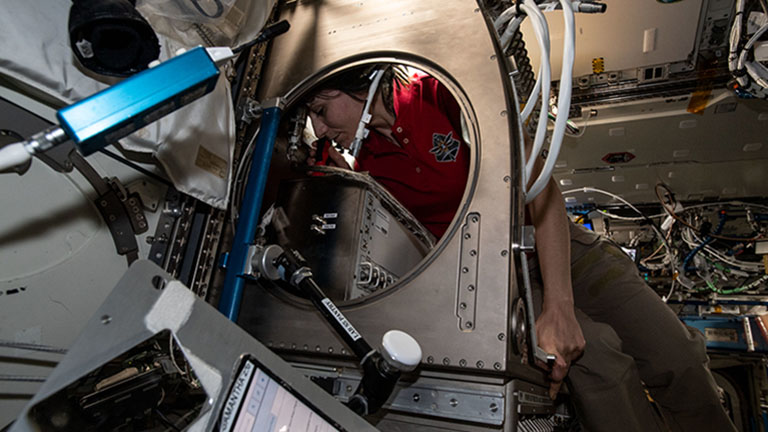 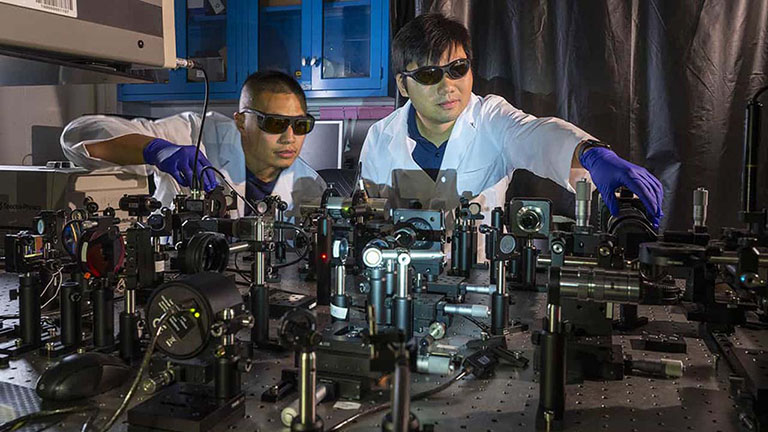 The microgravity environment of the ISS allowed the research team to study thermal bubbles in ways not possible on Earth because of the influence of gravity on fluid physics. Results could lead to improved medical diagnostics and potential new methods for water purification. 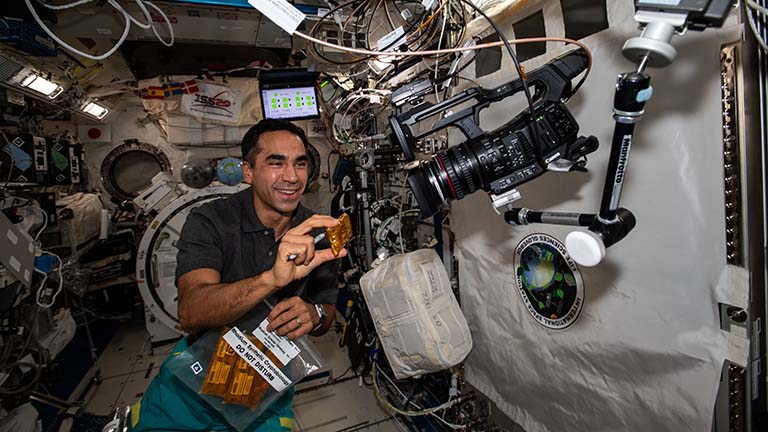 Results could help create more rugged biological components and advance these technologies for use in space and extreme Earth environments. 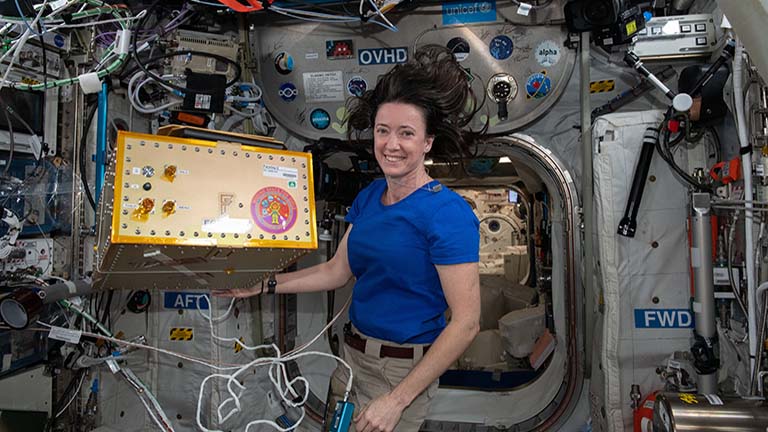 NASA astronaut Megan McArthur worked on multiple student investigations during her time in space. Here, she is working with the Faraday research facility, which hosted three payloads supported by the Girl Scouts of America and Space Kids Global. The student experiments look at how brine shrimp (more commonly known as sea monkeys) move and behave in space, the effects of microgravity on ant behaviors, and plant growth in low Earth orbit. 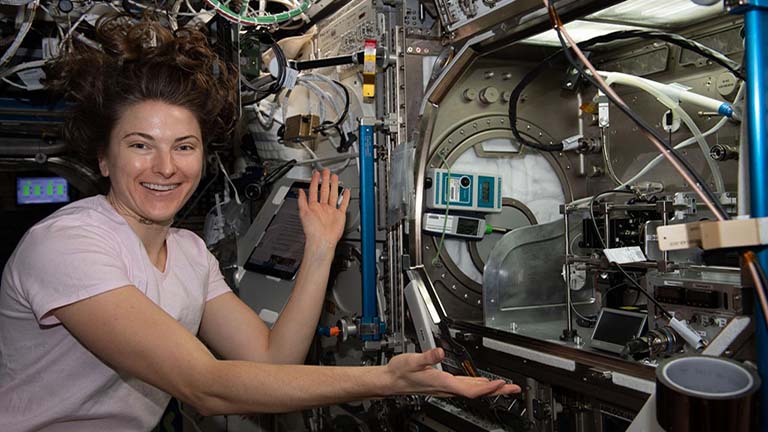 NASA astronaut Kayla Barron worked on the Universal Intelligent Glass Optics (UNIGLO) investigation, which looks at the effects of microgravity on processing multiple types of complex glasses. The experimental module leverages artificial intelligence (AI) to help adapt materials processing techniques to the microgravity environment of space. A special sensor measures the effects of microgravity on processing more advanced and complex glasses for various applications in space and on Earth. 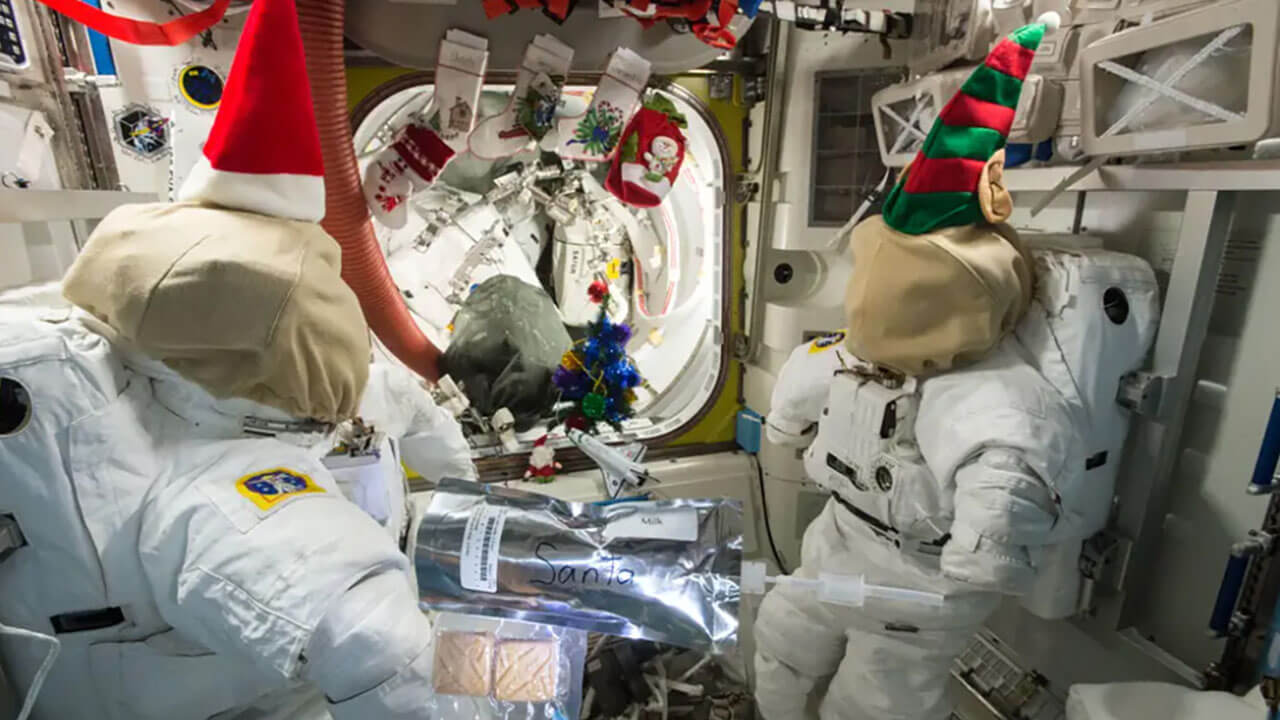 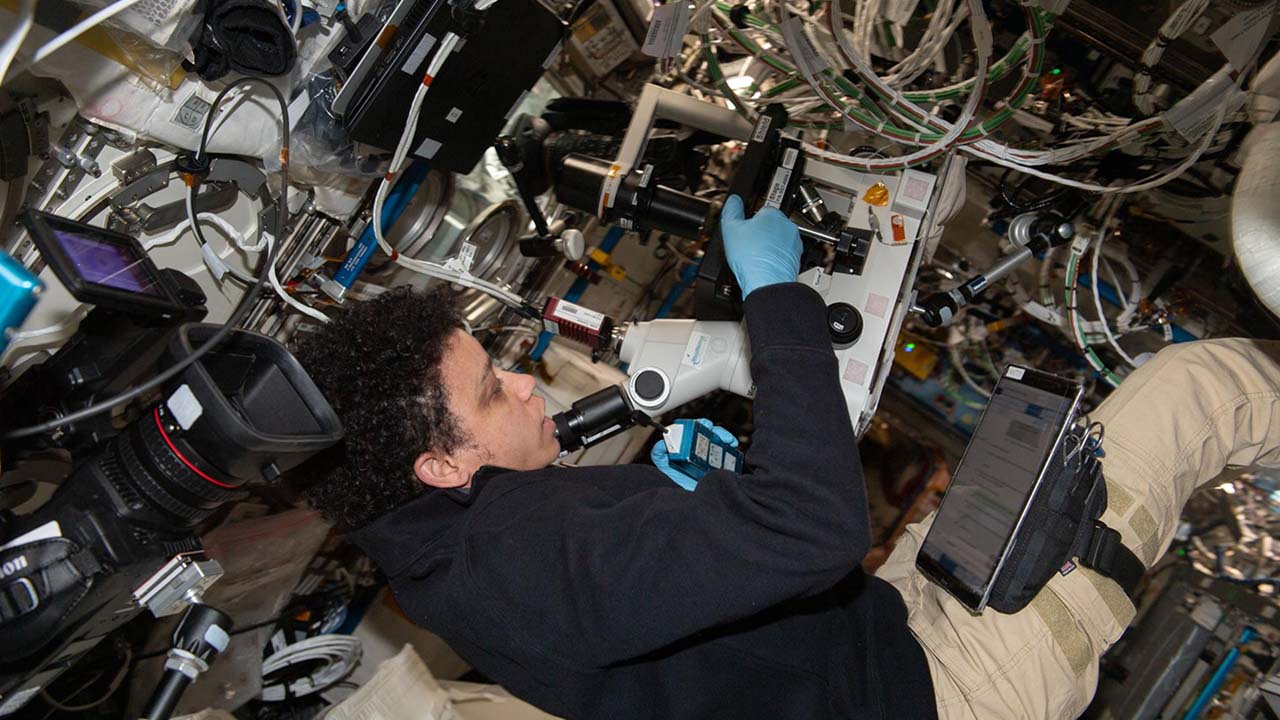