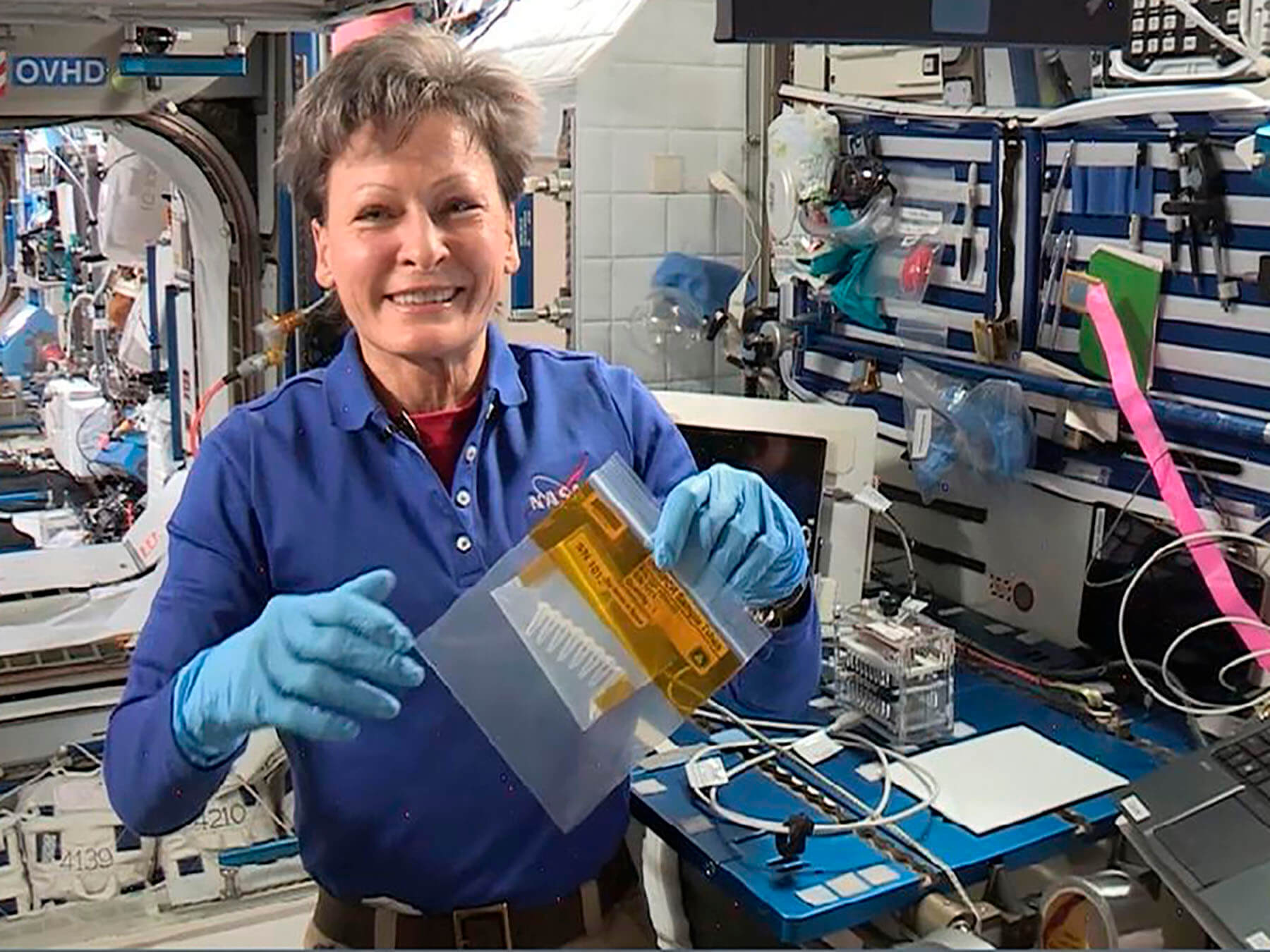 Genes in Space is a nationwide challenge that invites teachers and students in grades 7-12 to design innovative experiments that use DNA analysis to solve real-world problems in space exploration. The winning experiment is launched to the International Space Station. The competition is sponsored by miniPCR, Math for America, Boeing, New England Biolabs, Inc., and the ISS National Laboratory.

In the fall or early spring, individual students or teams of up to four students start to research their ideas to develop a proposal for a DNA experiment to perform on the International Space Station. The experiments must use PCR (polymerase chain reaction) analysis and address a challenge or opportunity of space travel. Some students work on their proposals individually, but many work with teachers’ guidance in a class, afterschool, or club setting. They submit their proposals in April and the finalists are announced in May.

Students are making real research breakthroughs in this program! The 2015 Genes in Space winner, Anna-Sophia Boguraev, designed an experiment study how spaceflight conditions affect immune cells. When her experiment was carried out on the ISS in April 2016, it was the first time PCR had ever been performed in space!

The 2016 winner, Julian Rubinfien, designed an experiment to measure the length of telomeres, which relate to aging, in small structures made of human cells. “When I was developing my proposal,” he wrote, “I tried to think of what current space scientists were interested in with regard to astronaut health and what experiments I could propose that, if performed, would expedite and simplify their research.”

More from Genes in Space