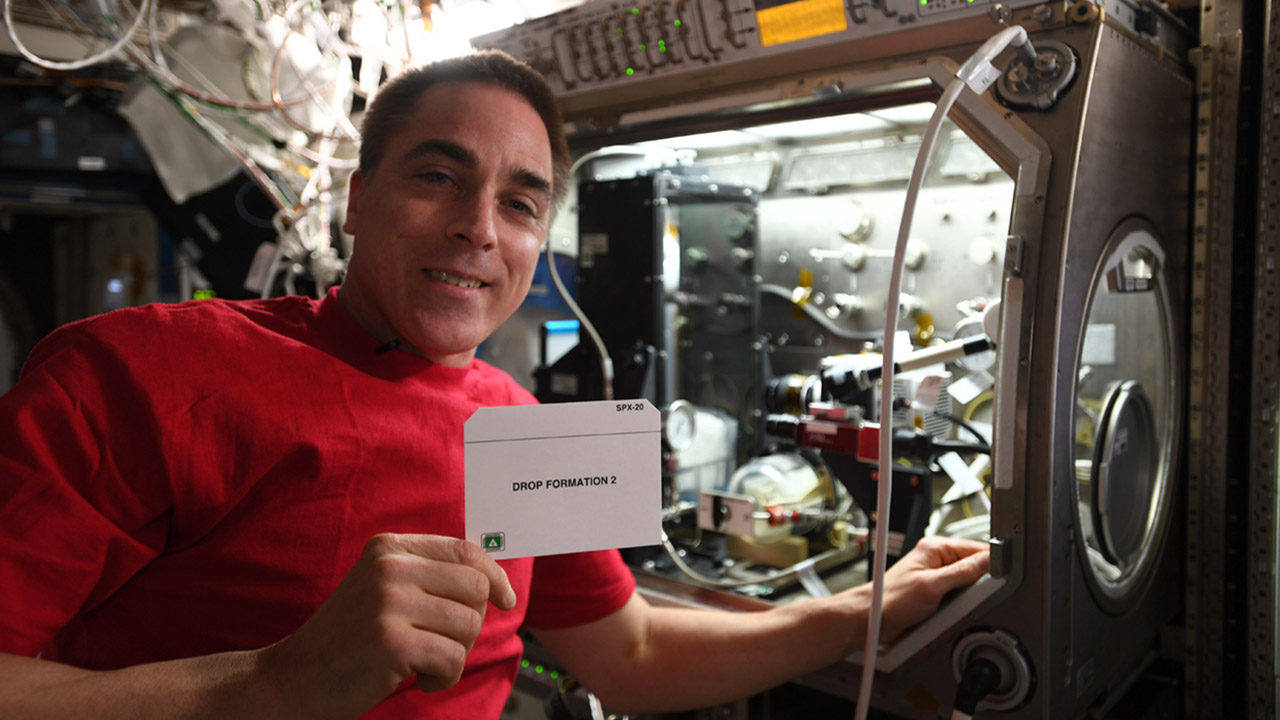 KENNEDY SPACE CENTER (FL), July 30, 2020 – On a cold winter day more than four years ago, representatives from the International Space Station (ISS) U.S. National Laboratory and NASA descended upon Indianapolis for a Destination Station outreach event, hoping to convince a nontraditional partner that research and technology development onboard the ISS could improve their consumer products here on Earth. Joining the NASA and ISS National Lab representatives at Destination Station that day was NASA astronaut Chris Cassidy—a veteran of multiple space missions, including a six-month stay on the ISS. As part of this outreach opportunity, Cassidy outlined his experiences living and working onboard the ISS and discussed how best to configure experiments for the novel environment of the orbiting laboratory.

Recently, that Indianapolis-based company from the Destination Station event, Delta Faucet Company, launched its initial experiment to the ISS onboard SpaceX CRS-20, seeking to evaluate and refine its commercially available H2OKinetic® shower head technology. As fate would have it, a familiar face who inspired Delta Faucet Company researchers is onboard the ISS to assist in the execution of the company’s experiment: NASA astronaut and Commander of Expedition 63 Chris Cassidy.

Delta Faucet Company’s innovative H2OKinetic® technology is designed to control the size and speed of water droplets as they leave the shower head. The technology uses fewer water drops, but because the drops are larger and are moving faster, it creates a feeling of increased pressure using less water. This not only conserves water but also creates a better experience for the user.

The ISS National Lab investigation, supported by ISS National Lab Implementation Partner ZIN Technologies,  began operations on the orbiting laboratory this week in the Microgravity Science Glovebox. The effects of gravity on water droplet formation are not fully understood, and by studying water droplet formation and flow in microgravity, Delta Faucet Company hopes to uncover underlying phenomena related to the fluid physics of droplet formation and behavior. This novel information could enable new designs that allow for more precise control of water droplets to further enhance the ability of the shower head to conserve water and improve the customer experience.

“From the inception of this program with NASA and ISS National Lab members to witnessing the launch of the experiment, we’re incredibly grateful for the continued partnership with the space station research community,” said Garry Marty, principle product engineer at Delta Faucet Company. “The results of this investigation have the potential to enhance everyday experiences in the shower—findings that have been years in the making.”

Over the years, NASA’s Destination Station outreach initiative has led to a variety of engagements with multiple new users of the ISS. The intention of Destination Station is to bring NASA astronauts, scientists, and ISS National Lab representatives to cities and companies across the country to share the real and potential impacts of the space station that improve our everyday lives—and to provide a roadmap for how interested researchers can take advantage of the space-based environment for their investigative concepts. To date, Destination Station has helped to forge relationships with ISS National Lab partners including, but not limited to, Eli Lilly & Co.; Emory University; Cobra Puma Golf; Merck Research Labs; Target Corporation; the University of California, Los Angeles; and other private-sector companies that will fly investigations in the near future.