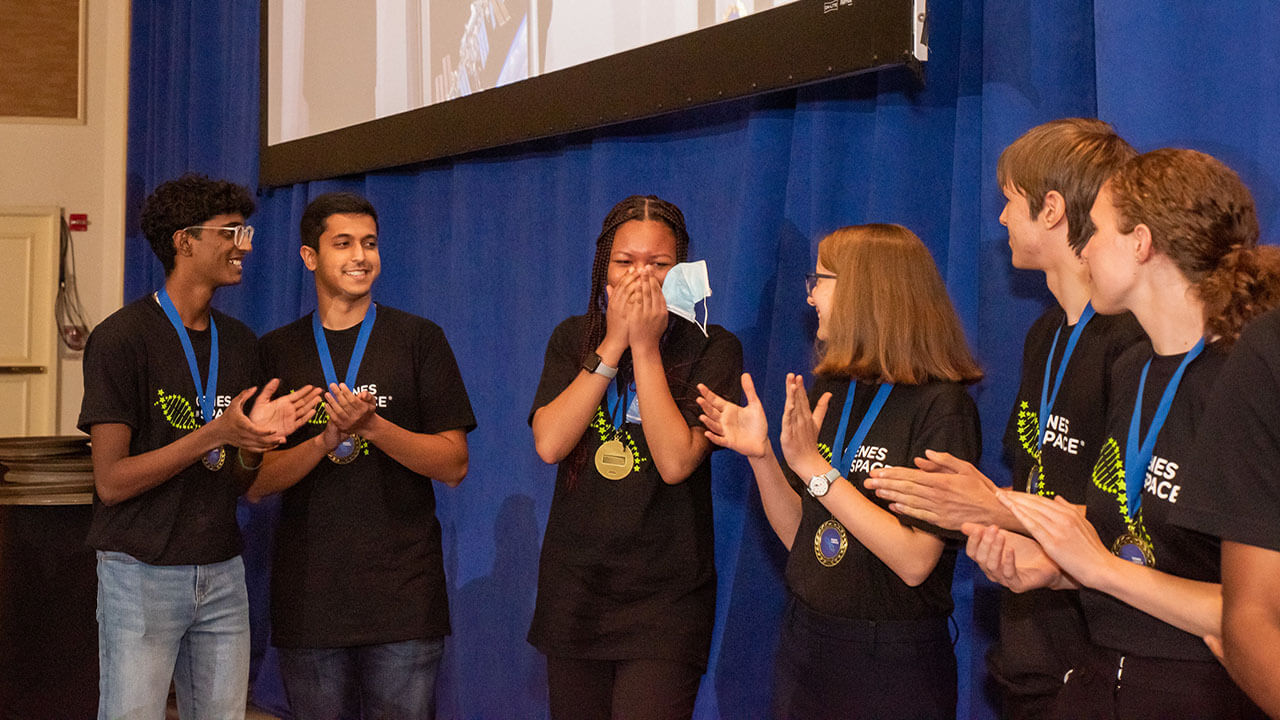 We have a winner! Pristine Onuoha (center) reacts to being announced as the 2022 winner of the Genes in Space competition.

During the 11th annual International Space Station Research and Development Conference, Pristine Onuoha went from being a high school student to a scientist conducting research on our nation’s only orbiting laboratory. Onuoha, from Chapel Hill, North Carolina, was announced as the 2022 winner of the Genes in Space student research competition.

“When I was announced as the winner, I was in shock,” Onuoha said. “It was so surreal to imagine that my research proposal would be conducted in space!”

Onuoha’s project, which will launch to the International Space Station (ISS) next year, investigates spaceflight-induced lengthening of telomeres, which are sections of DNA that protect chromosomes. Telomere length can serve as a biomarker for aging and can be used to help predict a person’s risk for certain diseases. Results from Onuoha’s experiment could lead to a better understanding of aging, cancer development, and how the body heals itself.

Onuoha was joined at ISSRDC 2022 by her teacher, Kimberly Manning and her mentor, Harvard University scientist Ana Karla Cepeda Diaz.

Founded by Boeing and miniPCR bio and supported by the ISS National Laboratory and New England BioLabs, the Genes in Space program challenges students in grades 7 through 12 to propose DNA-based experiments that leverage the unique environment of the ISS. The winning proposals are developed into flight projects that are conducted by astronauts on the space station.

In her project, Onuoha seeks to understand the mechanisms behind telomere lengthening, a chromosomal change that has been observed in space travelers. Telomeres are structures that cap the end of chromosomes in order to protect DNA from damage, much like shoelaces have plastic tips on them to protect them from fraying.

Previous spaceflight experiments have shown that telomeres in astronauts lengthen in space and shrink once the astronaut returns to Earth. Onuoha’s experiment will examine the possibility that telomere lengthening is caused by a space-induced proliferation of stem cells, which can transform into any type of cell in the body. This could mean that astronauts would make more stem cells in space than while on Earth, which could help researchers gain new insights into how the human body adapts to the harsh environment of space.

Onuoha’s proposal was selected out of more than 600 submissions from nearly 1,200 students across the country. Those submissions were narrowed down, and the top five finalists were invited to present their proposals to a panel of scientists, educators, and technologists at ISSRDC 2022 in Washington, D.C. The judges announced their selection on the last day of the conference.

“It was an honor to serve as a judge for the Genes in Space competition,” said ISS National Lab Education Project Manager Courtney Black. “It was incredibly difficult to choose a winner, and I know that Pristine, and all of the Genes in Space finalists, will go on to do great things and impact the future of science in space.” 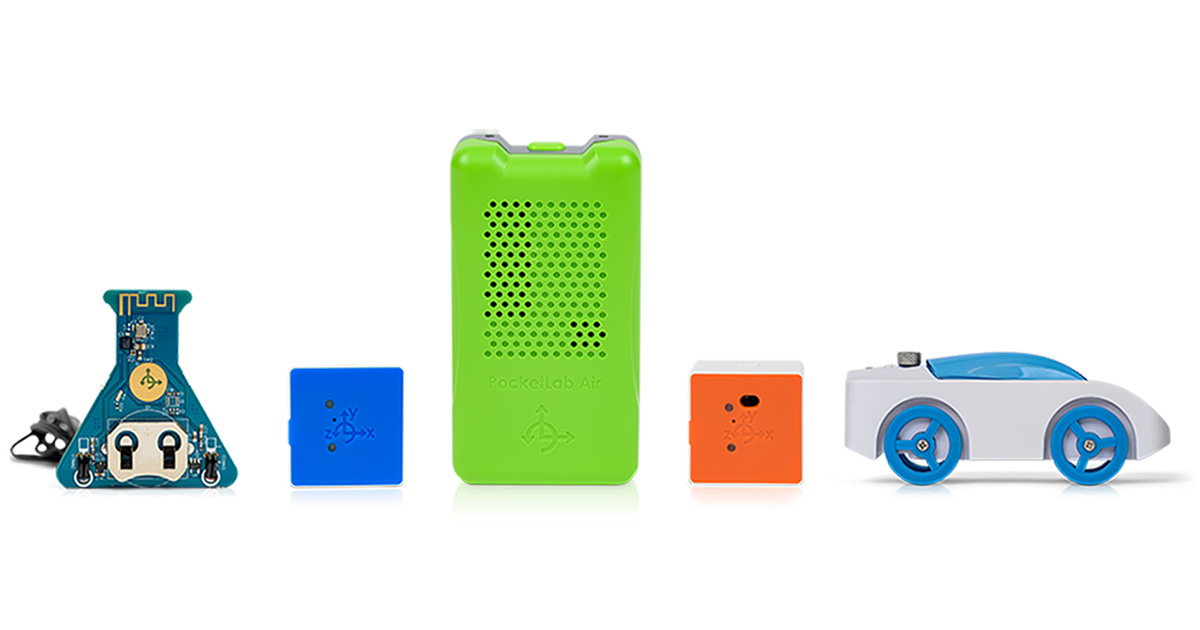 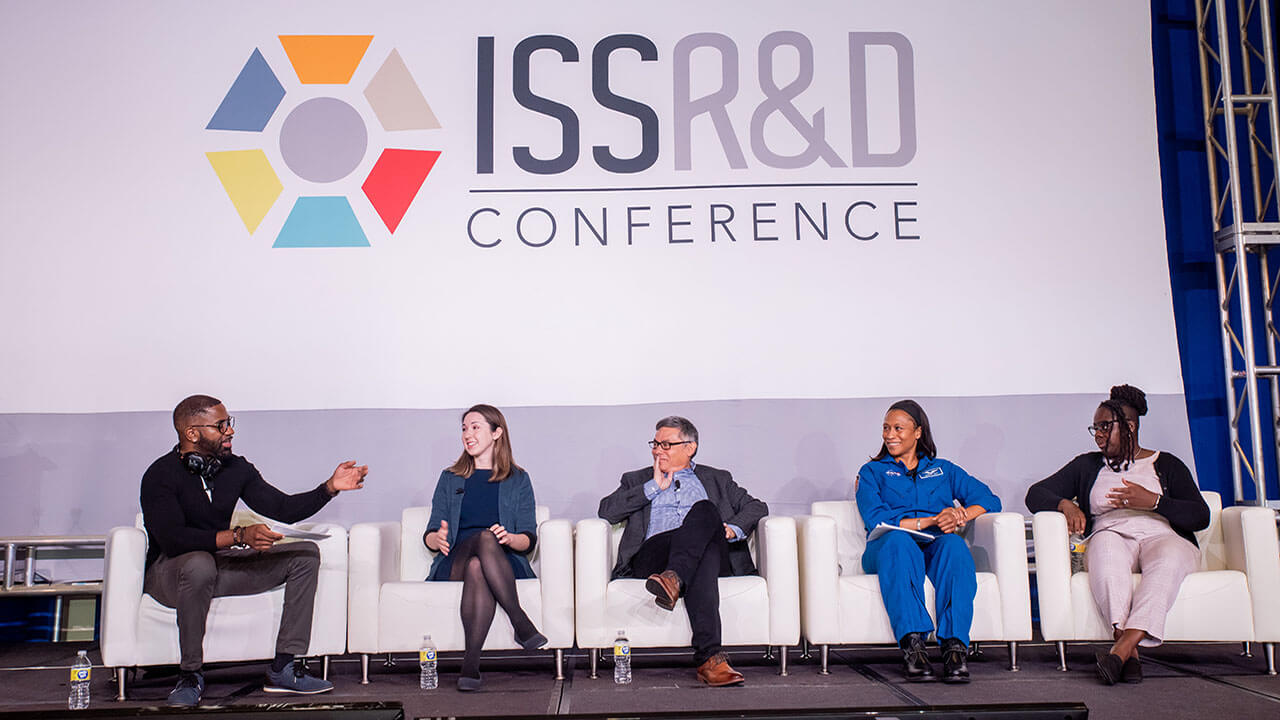