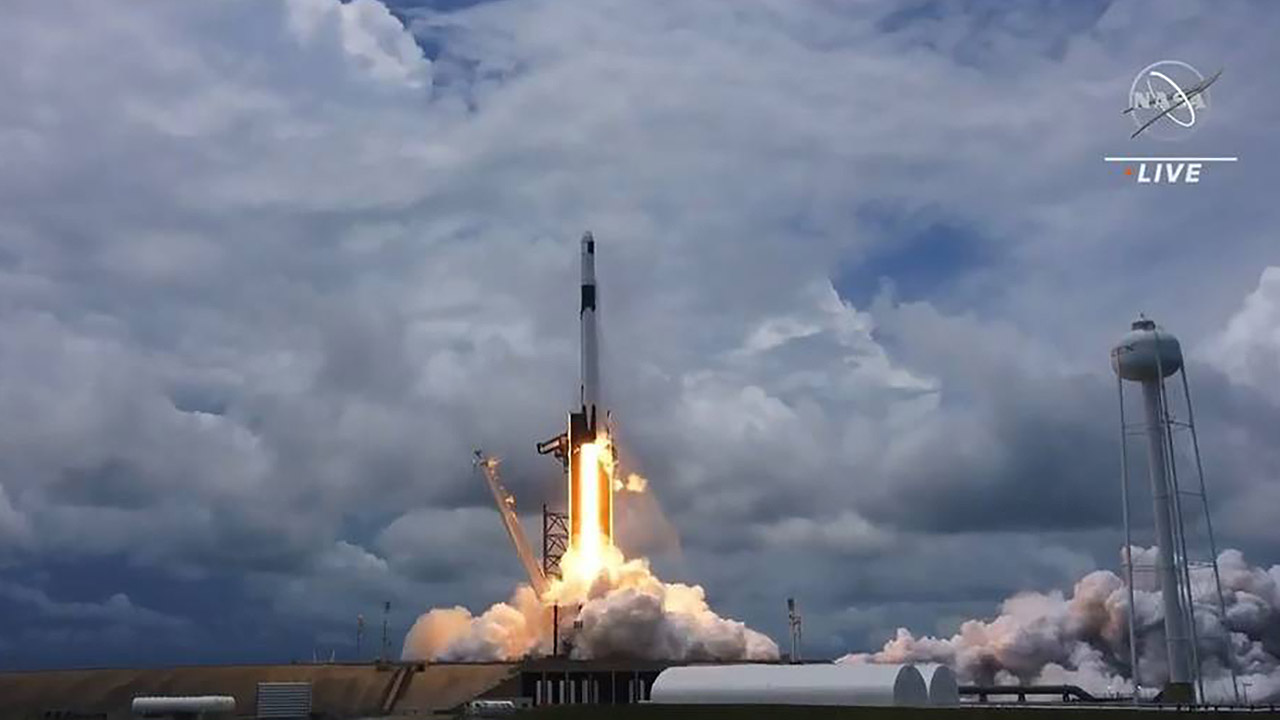 KENNEDY SPACE CENTER (FL), November 15, 2022 – More than 200 million people worldwide are affected by osteoporosis, a crippling bone disease that decreases bone density, causing bones to weaken and become increasingly susceptible to fracture. Researchers from RevBio, a biomedical startup, are turning to the microgravity environment of the International Space Station (ISS) National Laboratory to further the development of a novel therapeutic that could help repair bone fractures. 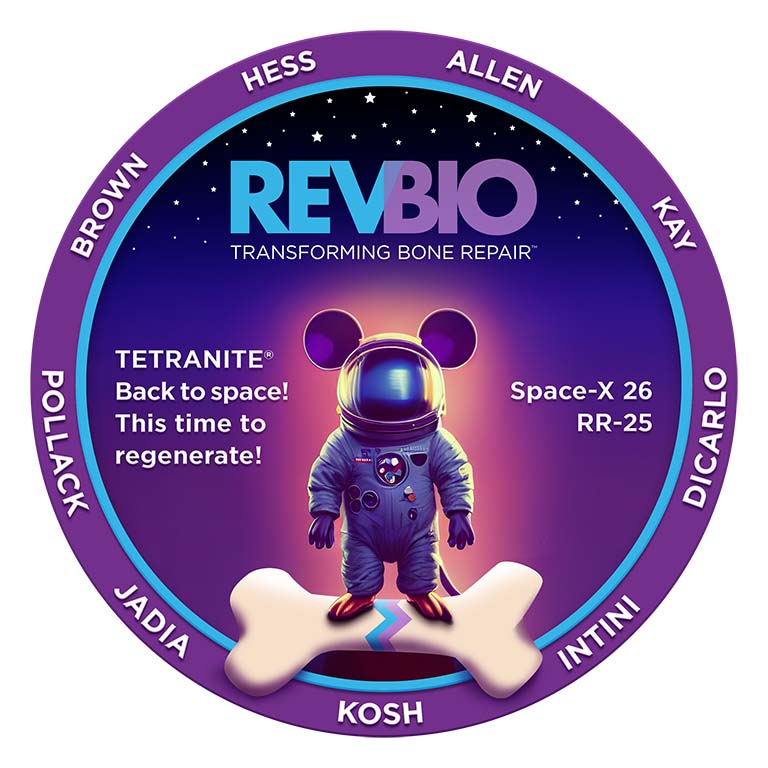 Mission patch for the RevBio/Tetranite mission to the ISS.

Microgravity has been shown to cause bone loss similar to that in patients with osteoporosis on Earth but at an accelerated rate. Previous research has also shown that microgravity blocks the development of stem cells into new cells, which the RevBio team proposes could be why astronauts lose bone mass during spaceflight. This makes the ISS an ideal environment to study osteoporosis and test therapeutics. Results from the team’s experiment could not only improve patient care here on Earth but also provide more effective health care options for astronauts on long-duration missions.

This investigation builds on prior ISS National Lab-sponsored research from RevBio (previously LaunchPad Medical). The company was awarded a grant for its initial project through the Technology in Space Prize, funded by Boeing and the Center for the Advancement of Science in Space, Inc. (CASIS), manager of the ISS National Lab, in partnership with the MassChallenge startup accelerator program.

The investigation launching on SpaceX CRS-26, supported by ISS National Lab Implementation Partner Leidos Innovations Corporation, will work in two ways. First, it will investigate how skeletal stem cells (bone-specific postnatal stem cells) are affected by microgravity. And second, it will evaluate the Tetranite® bone adhesive to see how it promotes bone regeneration by stimulating the skeletal stem cells. 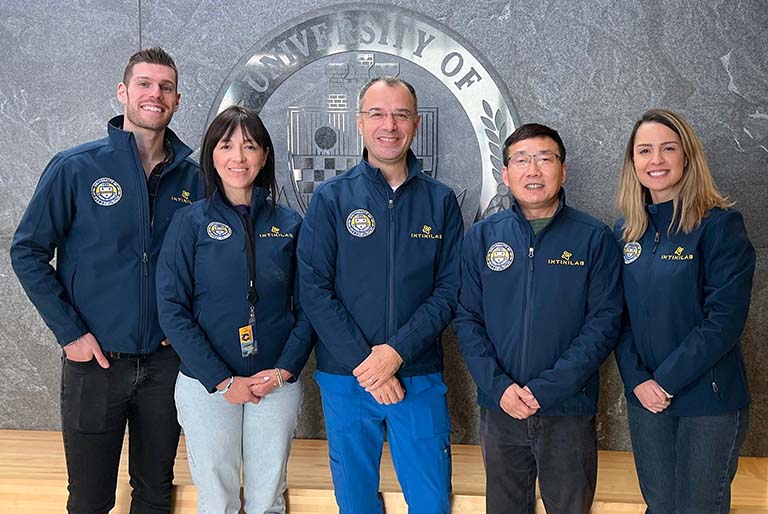 Members of the Intini Lab team work to prepare the project for flight.

“With this study, we will really be able to map what happens with skeletal stem cells in space compared to what happens on Earth,” said Giuseppe Intini, an associate professor at the University of Pittsburgh School of Dental Medicine and Principal Investigator of this project, who is working with the RevBio team to advance the development of the Tetranite®. “That’s important because previous research indicates that microgravity may lock stem cells into an undifferentiated status, which could be what’s causing the decline of bone mass in astronauts.”

Intini says results from this experiment could help researchers better understand how to harness skeletal stem cells for therapeutic uses, which could ultimately lead to better treatments for bone fractures and methods to help mitigate the development of bone defects.

To evaluate how well Tetranite® works, the team is sending 40 mice to the orbiting laboratory, some of them with a bone defect in their calvarial bone (the top part of the skull). The mice with defects are divided into three groups: those left untreated, those whose defect was filled with RevBio’s Tetranite® bone adhesive compound, and those whose defect was treated with INFUSE®—an inductive bone graft product from another company that is currently on the market.

“Microgravity is the ultimate test bed,” said Hess. “If we can show that our material could stimulate bone, in particular spurring bone regenerative cells to be more active and do their job more efficiently despite being in a compromised situation, that would be the ultimate demonstration.” 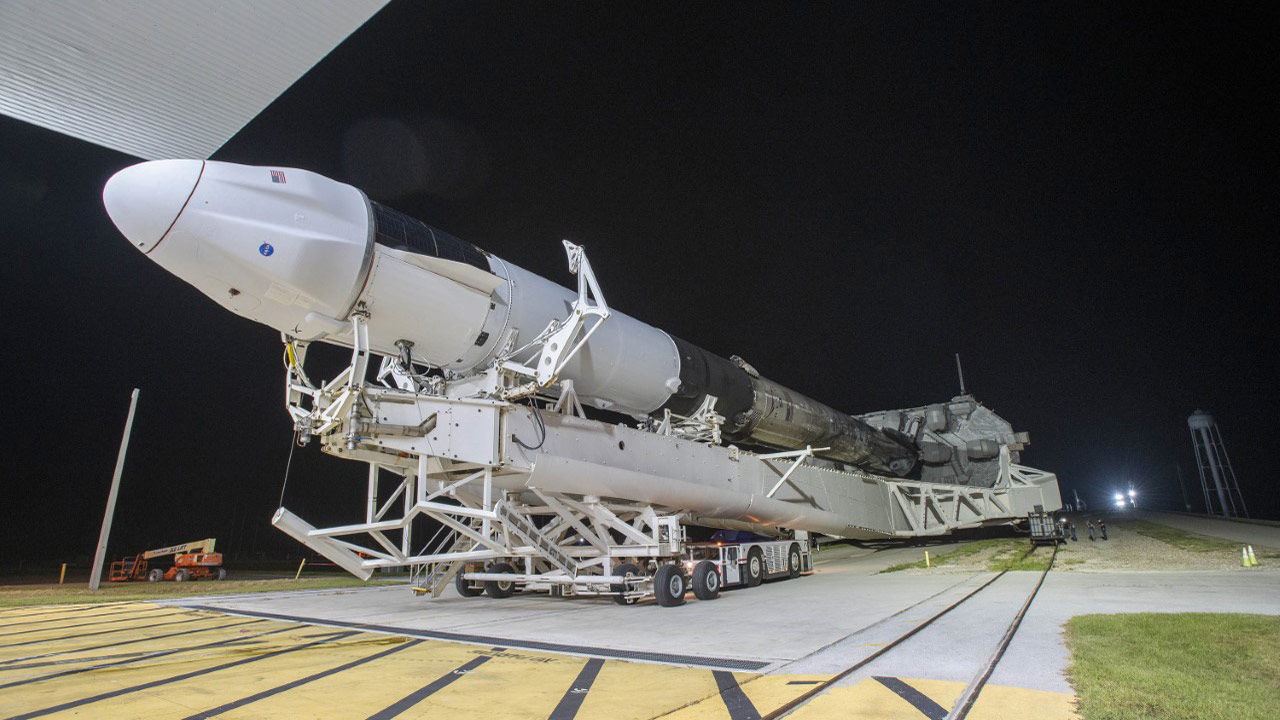 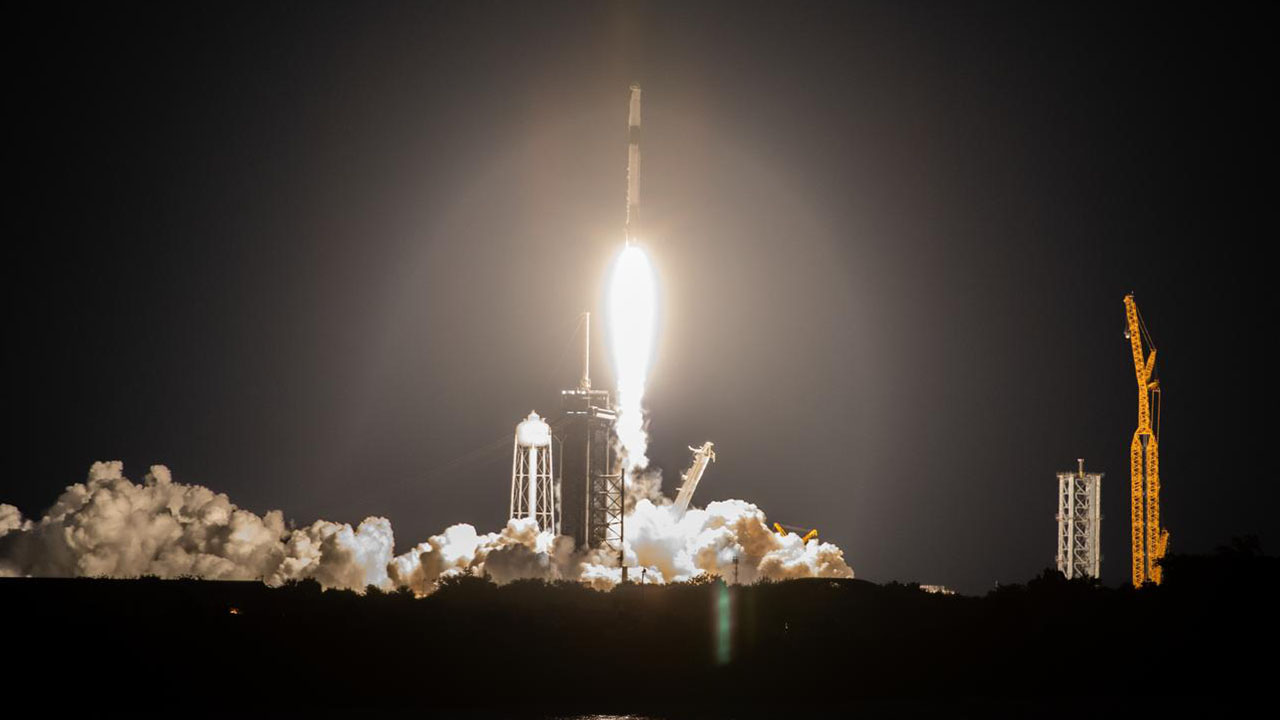