New Life Sciences Glovebox On Its Way to the Space Station 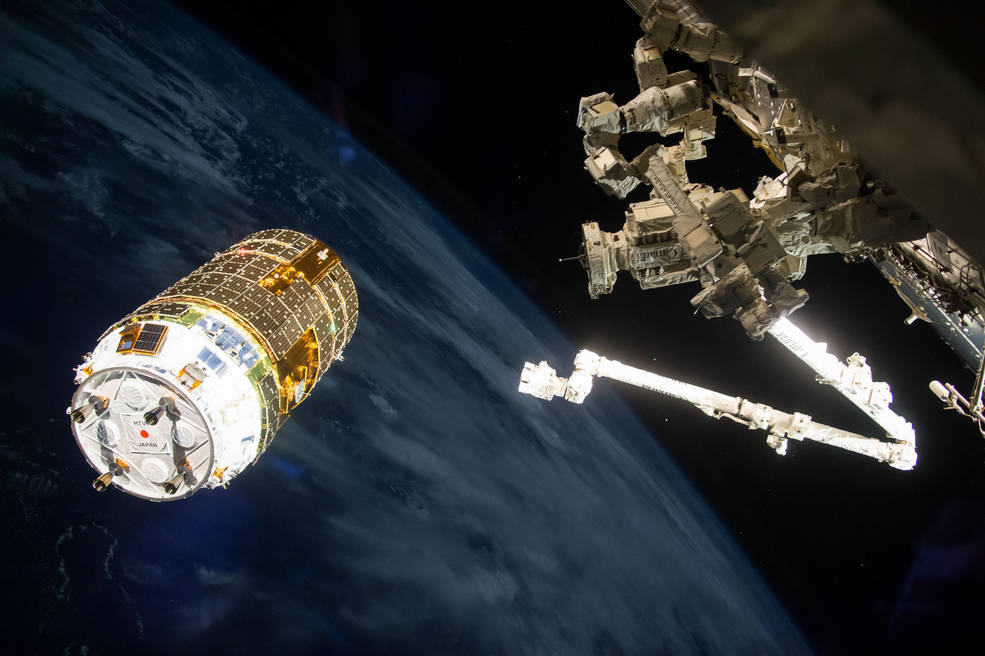 After launching from the Tanegashima Space Center last Saturday, the Japan Aerospace Exploration Agency’s (JAXA) H-II Transfer Vehicle-7 (HTV-7) resupply mission is scheduled to arrive at the International Space Station (ISS) on Thursday, carrying more than five tons of supplies and experiments. Included in the cargo is NASA’s new Life Sciences Glovebox (LSG), a fully enclosed facility with acrylic windows and glove ports that enables crew members to conduct experiments on the space station in a sealed environment.

The LSG, which will be installed in the Japanese Kibo module of the ISS, both protects crew members from potentially hazardous research materials and shields the experiments from possible contamination from the space station environment. To conduct experiments inside the glovebox, crew members put their hands into gloves attached to ports leading into the facility. 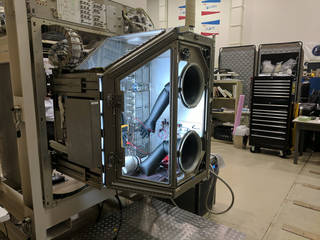 The LSG is not the first glovebox on the space station and will join the Microgravity Science Glovebox (MSG), which was installed on the ISS in 2002 and is currently housed in the U.S. Destiny module. The MSG accommodates a wide variety of experiments—including those in the areas of materials science, life sciences, fundamental physics, fluid physics, biotechnology, and combustion science—that use materials requiring containment.

During its time onboard the space station, the MSG has been in constant use, and increasing demand led to the need for a second glovebox facility. The LSG is larger than the MSG—with 15 cubic feet of work space and additional glove ports, the LSG will allow up to two crew members to use the facility at the same time. The LSG is also equipped with adjustable lighting, air filtration, and video recording capabilities. Real-time downlink from the ISS allows researchers to observe and monitor their experiments as crew members are conducting them inside the LSG or MSG. To learn more about the LSG, go here.