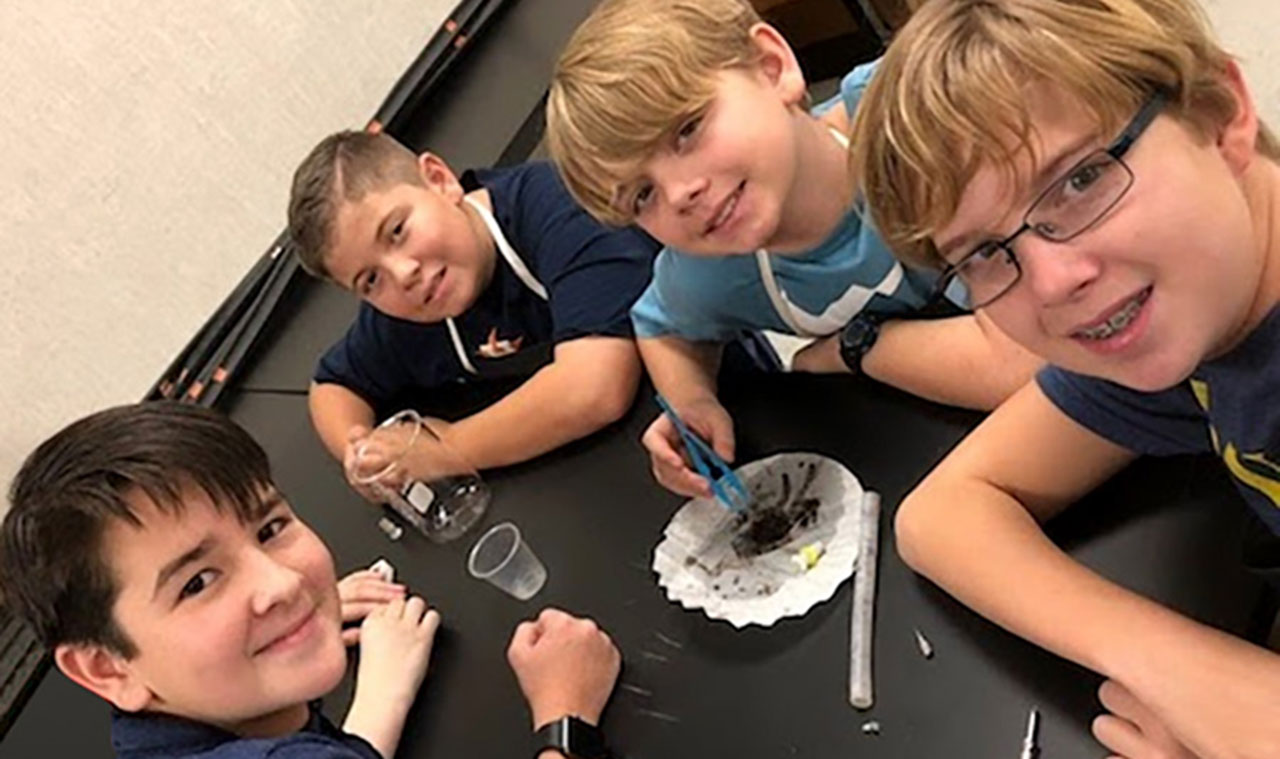 Timothy Kotzur was in sixth grade when his team’s microgravity experiment was selected to fly to the ISS as part of the Student Spaceflight Experiments Program (SSEP). A total of 785 students participated at five middle schools in the Brazosport Independent School District, Brazoria County, Texas. Timothy’s team’s experiment launched on SpaceX CRS-15 in June 2018. 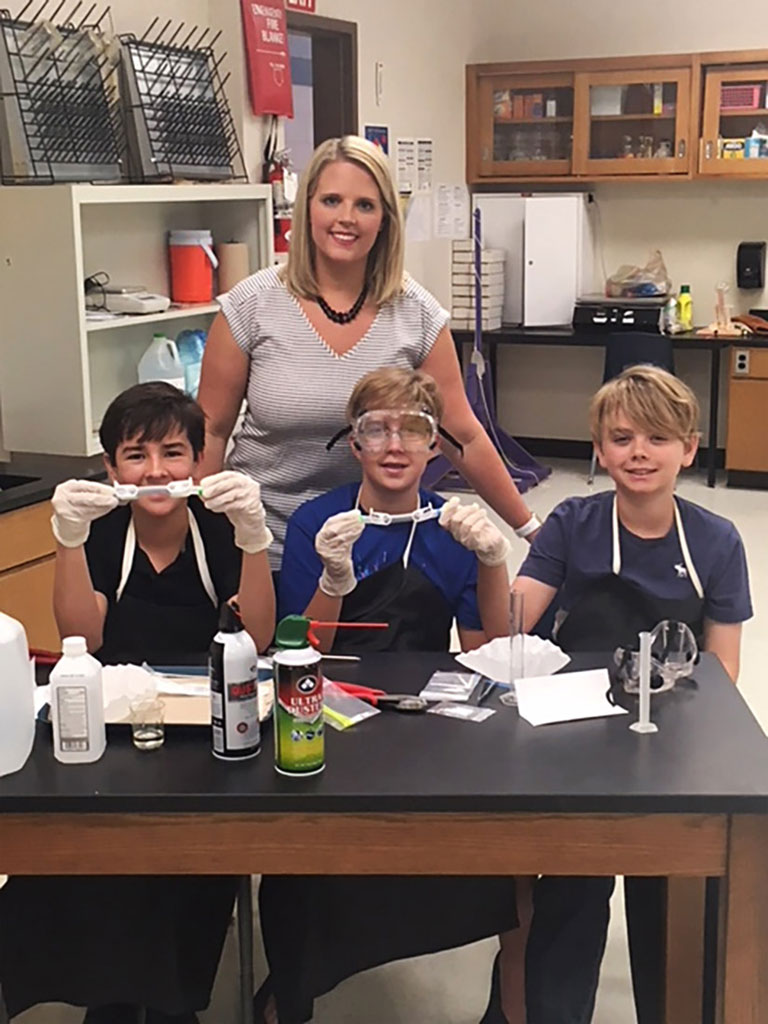 The Student Spaceflight Experiments Program (SSEP) has been my greatest achievement so far. At first it was just a project that explored the speed of food growth in space, but it became a life-changing experience for me. It has made me think more about the future and realize that anything is possible for a 6th grader with determination!

Knowing that I was actually a part of a science experiment that traveled to the ISS, was handled by real astronauts, and came back to Earth is absolutely AMAZING! I got to watch the rocket launch! I am grateful that my school, Rasco Middle at Brazosport ISD in Lake Jackson, Texas, gave my team the opportunity to literally shoot for the stars with this program.

My team’s project was “Would Lactuca sativa var. capitata Seeds Germinate in Microgravity?” We put butterhead lettuce seeds in a Fluids Mixing Enclosure (FME) tube with water, soil, and (in a separate compartment) isopropyl alcohol to determine if the seeds would germinate faster in space than on Earth. Our outcome is that the seeds from space actually germinated quicker than the seeds on Earth. Some of the seeds in the tube we got back from space had cracks and were close to sprouting, but the seeds in our control tube had barely started to germinate over the same time period. 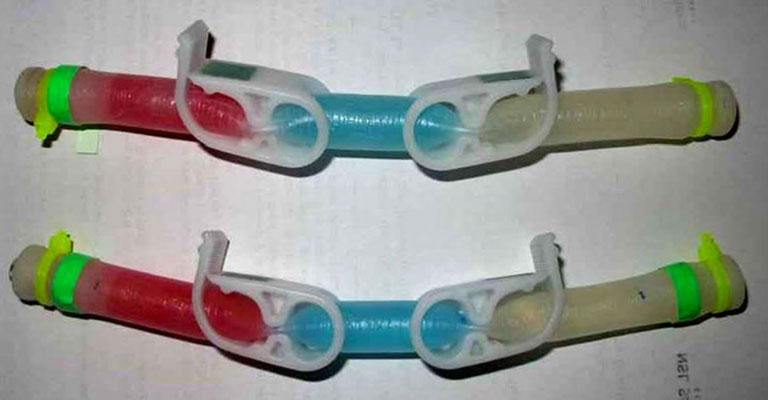 “One very important thing I learned is that every single number or piece of information is extremely important in science. If you put in an extra 0.1 mL too much water, then the experiment could be invalid!” 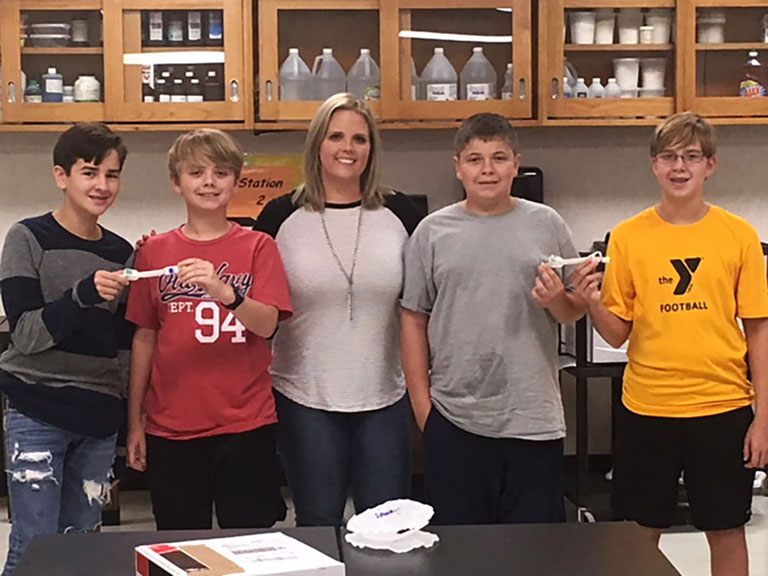 The students and their teacher display the tube that the got back from space and their control tube that stayed on the ground. Left to right: Blaine Bailes, Timothy Layne Kotzur, Teacher Mrs. Jamie Morton, Dominick Trostle, James Link.

I learned several things in this program. One very important thing I learned is that every single number or piece of information is extremely important in science. If you put in an extra 0.1 mL too much water, then the experiment could be invalid! If I could do a follow-up experiment, I would want to get seeds from ALL garden vegetables to see if they could all grow in space.

This project has opened my eyes to taking more of an interest in fields related to space. Not just the International Space Station, but even reaching beyond the stars. And this experience has given me something awesome to add to my college application.

I got to share this wonderful experience with my family, friends, and my dedicated teacher, Mrs. Morton. Being able to go to Kennedy Space Center and have special security passes to watch the SpaceX Falcon 9 rocket actually carry MY science experiment was absolutely mind-blowing! 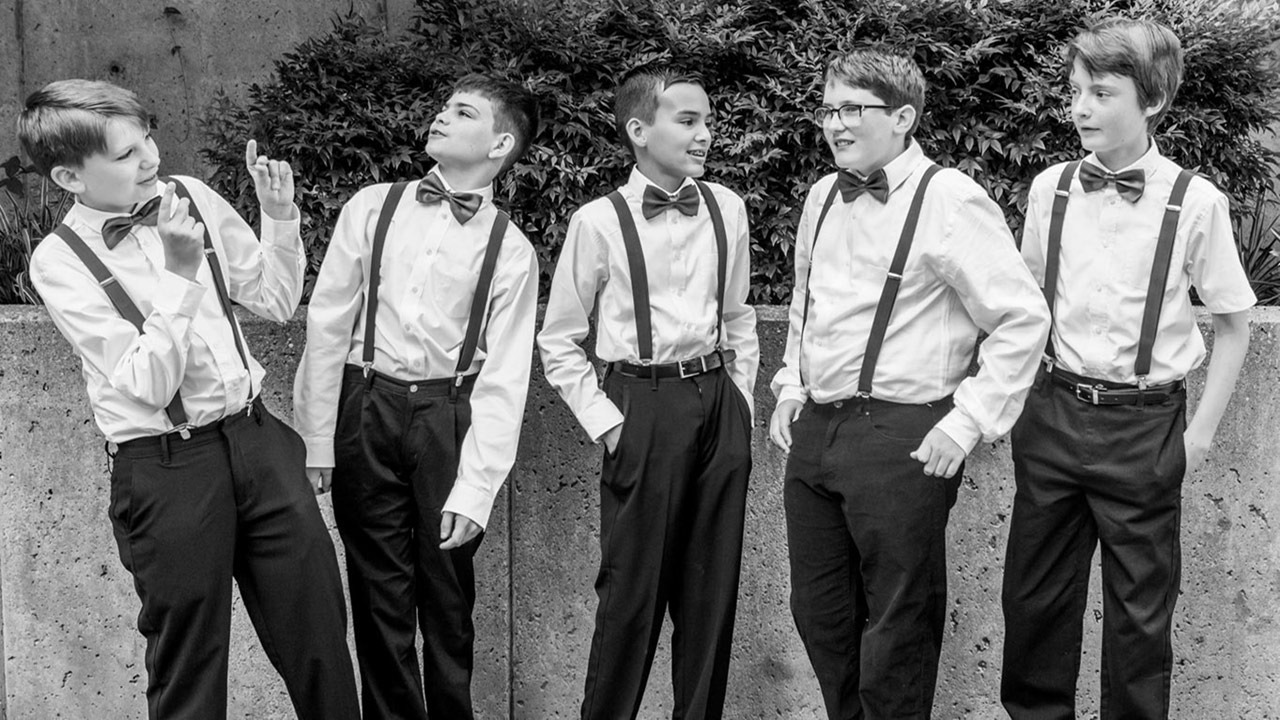