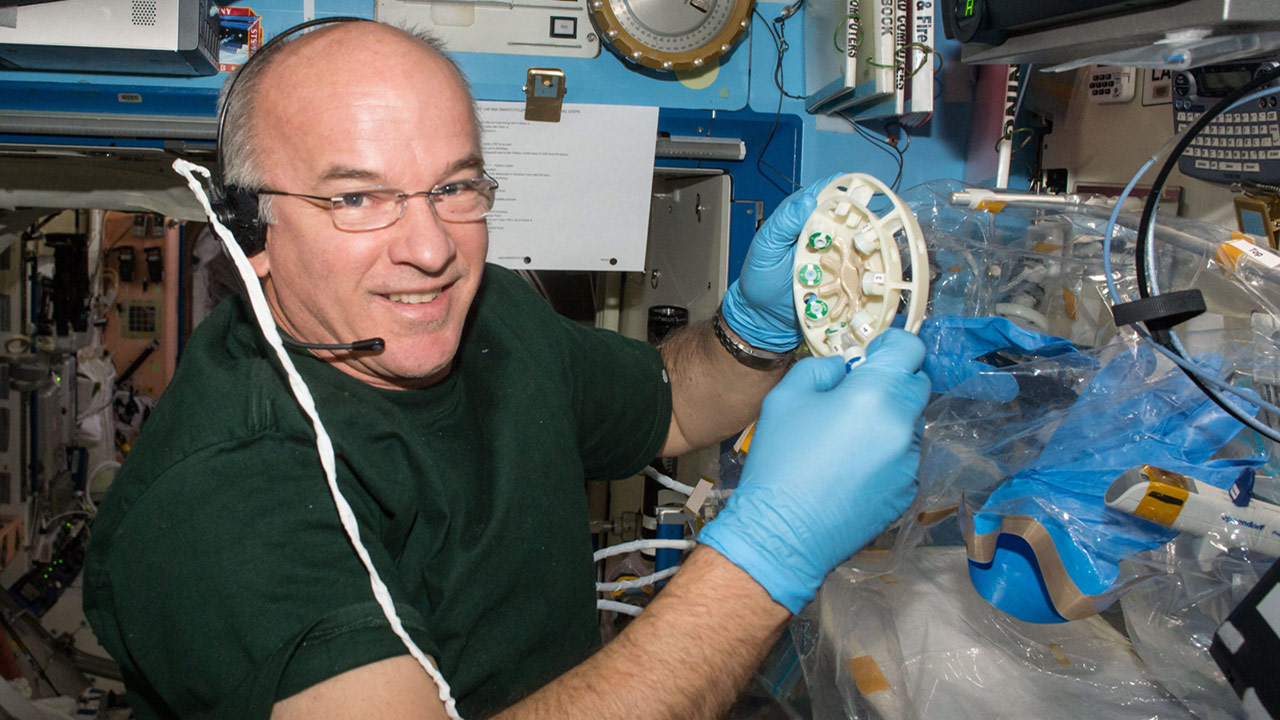 To study gene expression in a ground-based molecular biology lab, researchers utilize a whole lab bench of tools and equipment. The process of conducting an experiment is interactive and dynamic—researchers can make adjustments as they go or choose to run follow-up tests based on initial results.

On the ISS National Lab, however, conducting an experiment has traditionally been much more constricted and static. Researchers packaged their experiment for loading on a rocket and launch to the ISS, where their samples were exposed to microgravity. While in orbit, the experiment was largely inaccessible to modifications; researchers had to wait for samples to return to Earth before they could perform analyses to determine whether everything worked as expected. After obtaining these results, researchers then had to secure another flight opportunity if they wanted to do something differently or run a follow-up test.

But what if some of the key tools from the molecular biology lab bench were available on the ISS National Lab, allowing researchers to analyze their samples in orbit, obtain the results in near real time, and make adjustments to their experiment while it is still onboard the ISS? For the first time, this is now possible for nucleic acid-based analyses with WetLab-2—a new suite of instruments on the ISS enabling in-orbit gene expression analysis.

“We call the ISS a national laboratory, but it has really felt more like an exposure facility,” said WetLab-2 project scientist Macarena Parra. “Everything for an experiment goes up, is exposed to microgravity, down it comes, and now you get to find out what effect microgravity had on it. Instead, with WetLab-2, researchers can now have more interaction and feel more like they’re really in a lab.”

WetLab-2, developed by NASA’s Ames Research Center in the Silicon Valley, was launched to the ISS National Lab on SpaceX CRS-8. At the ISS Research and Development Conference in San Diego in July, Parra discussed the functionality of WetLab-2 and the successful results of the system’s recent validation experiments.

From Exposure Facility to Living Laboratory

WetLab-2 has a wide range of applications and can be used in any experiment that aims to measure gene expression in order to quantify how strongly or weakly a gene is turned on. For example, investigators doing rodent research on the ISS could use WetLab-2 for in-orbit analysis of dissection samples such as blood or tissue to see whether the expression of any genes of interest have been altered. Or, researchers studying the growth or virulence of bacteria in space could use WetLab-2 to analyze samples over time. 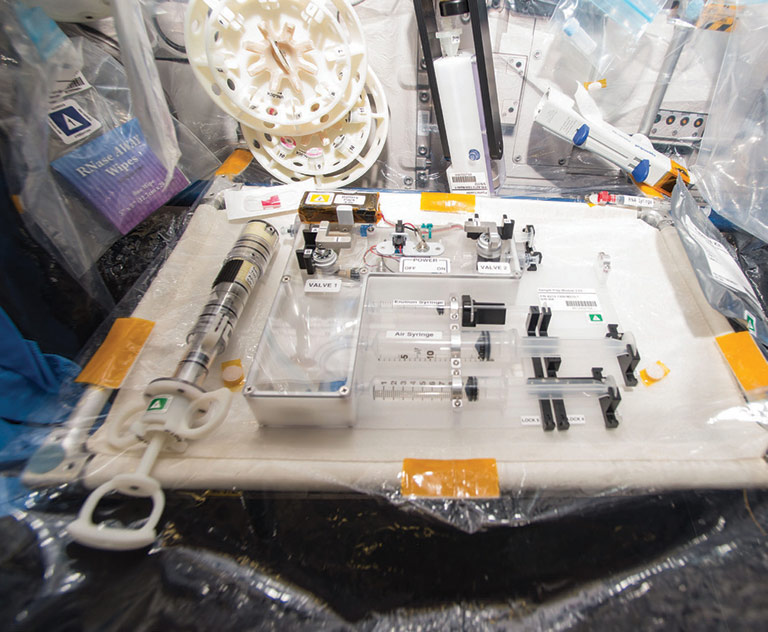 Critically, with WetLab-2, instead of having to stop the experiment and wait for samples to return to the ground for analysis, researchers can now obtain data while the experiment is still in orbit. “This really starts to open up the possibility of using the ISS as a living biology laboratory,” said WetLab-2 NASA project scientist Eduardo Almeida. “WetLab-2 is one of the first sets of instruments and procedures that really lets you do an end-to-end experiment in orbit to live up to the spirit of the ISS as a national laboratory.”

Overcoming the Hurdles of Molecular Biology in Microgravity

PCR is a process that uses cycles of heating and cooling to make copies of specific sections of DNA. These sections are targeted by small pieces of complementary DNA called primers. This cycle is repeated up to 35 times to exponentially amplify the piece of DNA, producing billions of copies.

Quantitative PCR uses fluorescent probes that target genes of interest. When the probe matches up to the targeted gene and binds to it, fluorescence is emitted.

Real-time detection of the fluorescence produces an S-shaped curve that provides a quantitative measurement of the expression of the gene in the sample.

However, although the laboratory procedures from WetLab-2 are done routinely on the ground, they had never been done in space—in part because of the complexity of moving and mixing fluids and operating a thermal cycler in a microgravity environment. To function properly on the ISS National Lab, the WetLab-2 hardware was specially designed to overcome these issues—which influence almost every step of the process. 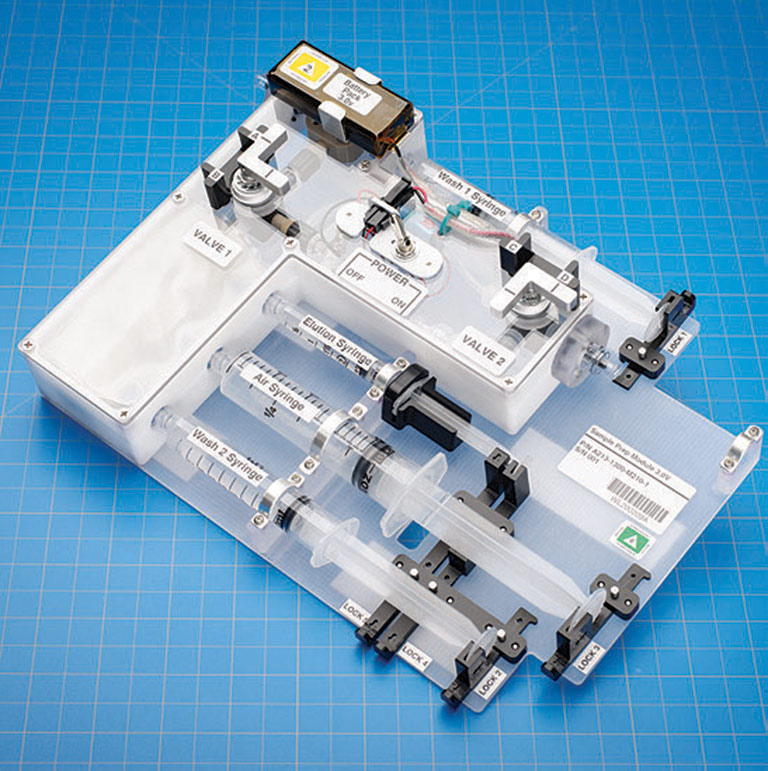 The first step in the WetLab-2 system is to run the biological sample—anything from cells to microbes to tissues—through the sample preparation module. In this module, a nucleic acid, RNA, is extracted and purified, and a crew member uses a syringe to remove the purified RNA liquid. However, when the liquid is removed, some air is removed with it, creating bubbles that can be difficult to separate from the liquid without gravity to keep them at the top.

“On Earth, it’s very easy to get the bubbles out—you just hold the syringe upright and tap it,” Parra said. “But in microgravity, it’s not so easy.” To address this problem, the WetLab-2 team designed a special device that removes the bubbles as the liquid is injected through. The de-bubbled RNA liquid is then ready to load into commercial reaction tubes (retrofitted with special 3-D-printed caps for use in microgravity) to perform RT-qPCR.

The WetLab-2 team did find an unexpected effect from microgravity during the validation experiment—the RT-qPCR data obtained on the ISS had a little more “noise” than you get on the ground. The S-curve plotting from the measured fluorescence was not as smooth and was a little choppier than the curve from the ground data. The team found that the reason for the noise is that some bubbles formed in the reaction tubes.

“On Earth, the air bubbles float to the top, but in microgravity, they stay put,” Parra said. “So when an air bubble gets near the fluorescence detector, it suddenly acts like a lens, giving higher readings followed by lower readings as the air bubble moves away.”

Although the flight data is a little noisier, the bubbles do not affect the measurements for the most part, Parra said, and could only potentially interfere if an investigator is looking at incredibly small changes in gene expression. 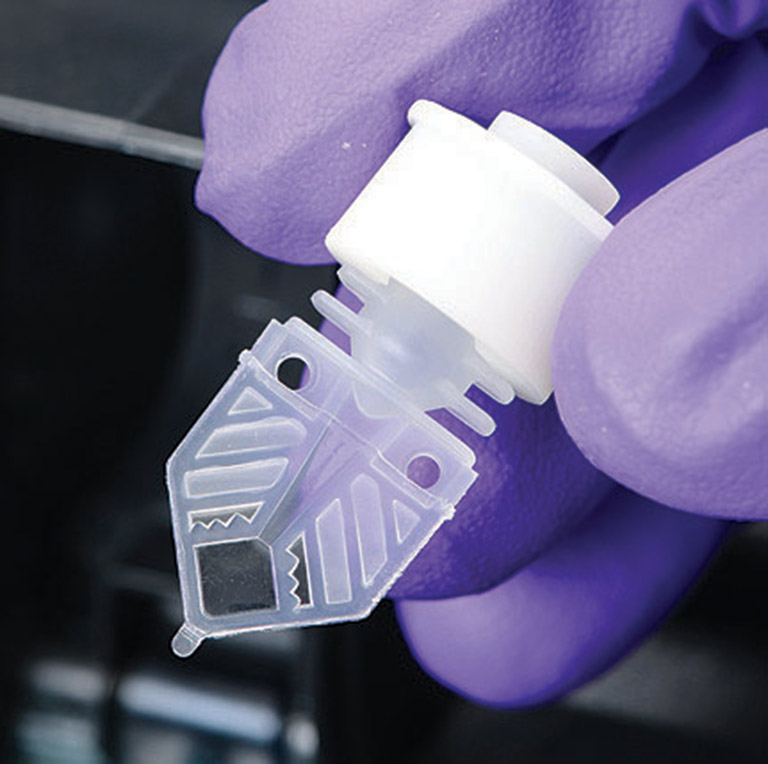 For RT-qPCR, the RNA must be combined with several components. In a ground-based lab, an investigator walks around the lab to collect all of the components needed. Because this is not plausible on the ISS, the WetLab-2 team designed a novel freeze-dried bead to put in the bottom of each reaction tube containing everything needed for RT-qPCR.

“This is really a marvel of biochemistry because we’re able to put in a mixture of around a dozen components—the salts, enzymes, primers, and probes—that are usually assembled at the last minute and freeze-dry it,” Almeida said. “So everything you need to run RT-qPCR is there, and it can be refrigerated and stored for months until needed.”

Next, the activated reaction tubes are loaded into a commercial off-the-shelf thermal cycler—the Cepheid SmartCycler®. The WetLab-2 team chose this specific thermal cycler, in part, because of its durability. 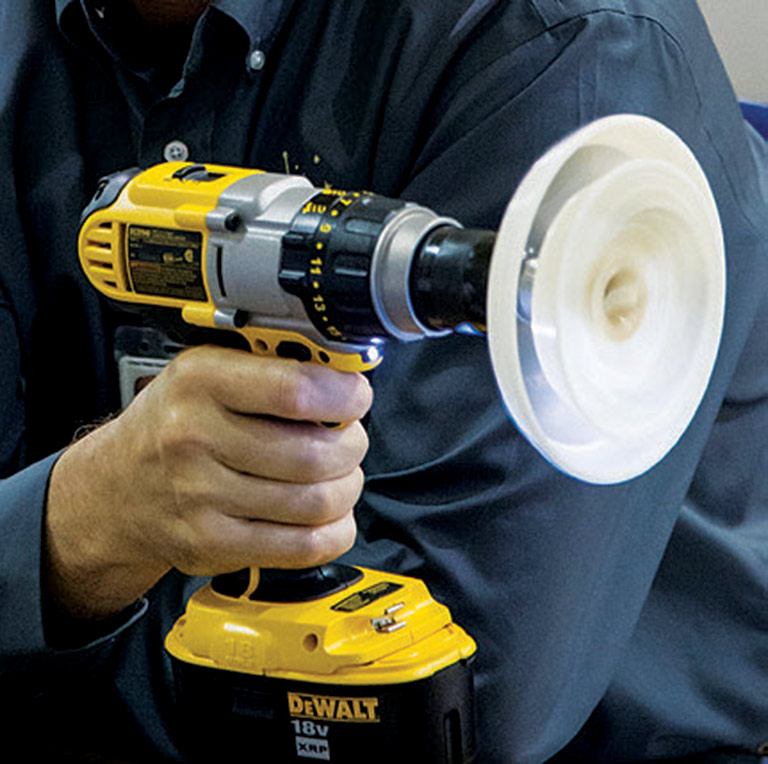 “Most thermal cyclers are designed for a laboratory environment and are delicate instruments,” Almeida said. “If you turn them upside down, something will fall off and they won’t work.” But in the functional absence of gravity onboard the ISS, a more durable instrument was needed. “The SmartCycler® has been used in military field hospitals—it’s pretty tough and rugged, making it ideal to use on the ISS National Lab.”

Finally, in the thermal cycler, reverse transcription converts the RNA (which is very sensitive to degradation) into complementary DNA (which is much more stable), and PCR is done to amplify the DNA so gene expression can be detected. As the DNA is amplified, fluorescent probes bind to the genes of interest and emit fluorescence. This fluorescence is measured in real time, providing a quantitative measurement of the gene expression. Once the data is collected, the reaction tubes are discarded and the results are sent to the investigators on the ground.

Because the WetLab-2 system is the first of its kind, the first test of its functions was a critical demonstration to confirm that the instruments and procedures overcame the numerous hurdles imposed by microgravity. Thus, a series of tests were run both using WetLab-2 on the ISS and using ground controls following the same procedures. 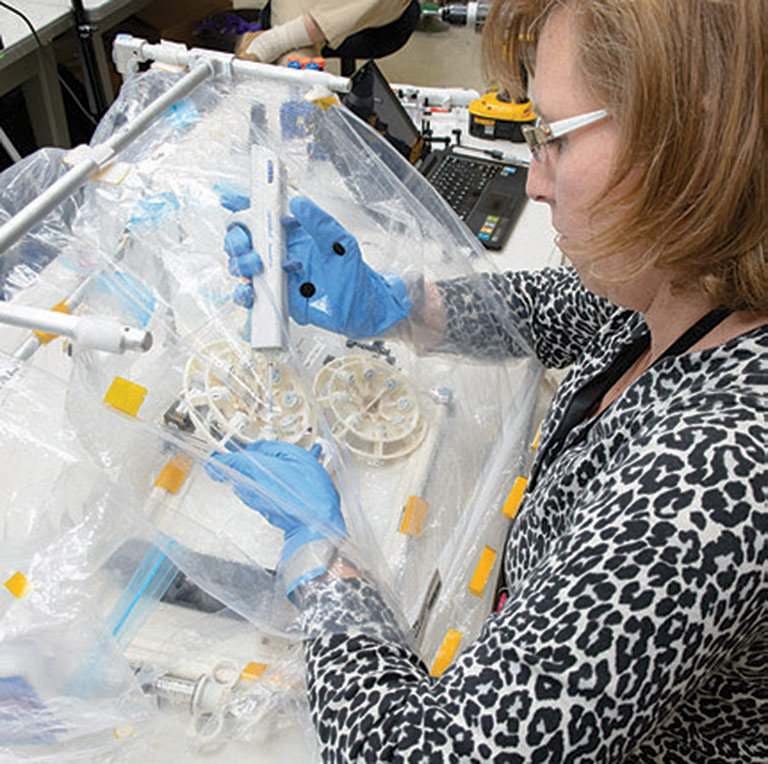 The first test sought to determine whether quantitative PCR works in space using a standard DNA sample. “PCR involves the rapid heating and cooling of samples, and there was a question as to whether that would work when you don’t have thermally driven convection in space,” Parra said. “But we ran that test and proved for the first time that quantitative PCR does work in space.”

Next, the team tested whether WetLab-2 was able to extract and purify RNA and successfully perform RT-qPCR. This was done using two different biological samples—a nonpathogenic (not disease-causing) strain of Escherichia coli bacteria and a mouse liver tissue sample from the ground. 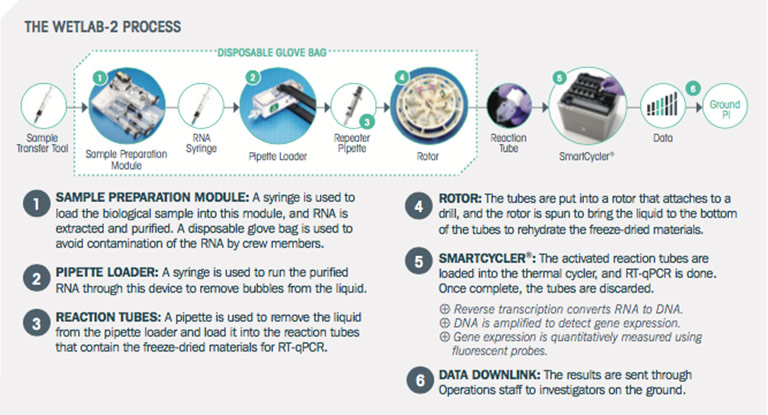 Excitingly, all initial tests were successful in validating the system, which can now be used with confidence for a multitude of scientific investigations. Moreover, the WetLab-2 team was able to obtain the data from each validation experiment within about two hours after the end of each test. This allowed the team to look at the results before the next test was run and request changes.

“The whole idea of WetLab-2 is to give researchers more control over their experiments and enable interactive, in-orbit analysis so they can look at their data and make changes rather than having to wait for everything to come back down,” Parra said. “It was an amazing experience to feel like you were really almost having a conversation with the crew member, saying ‘hey, could you try this next?’—that’s the way a lab is supposed to work.”

The WetLab-2 team would like to acknowledge ClaremontBio, which helped with the design of the chemistry for the sample preparation, and BioGX, which performed the freeze-drying services. These partnerships were critical to the project and its success. 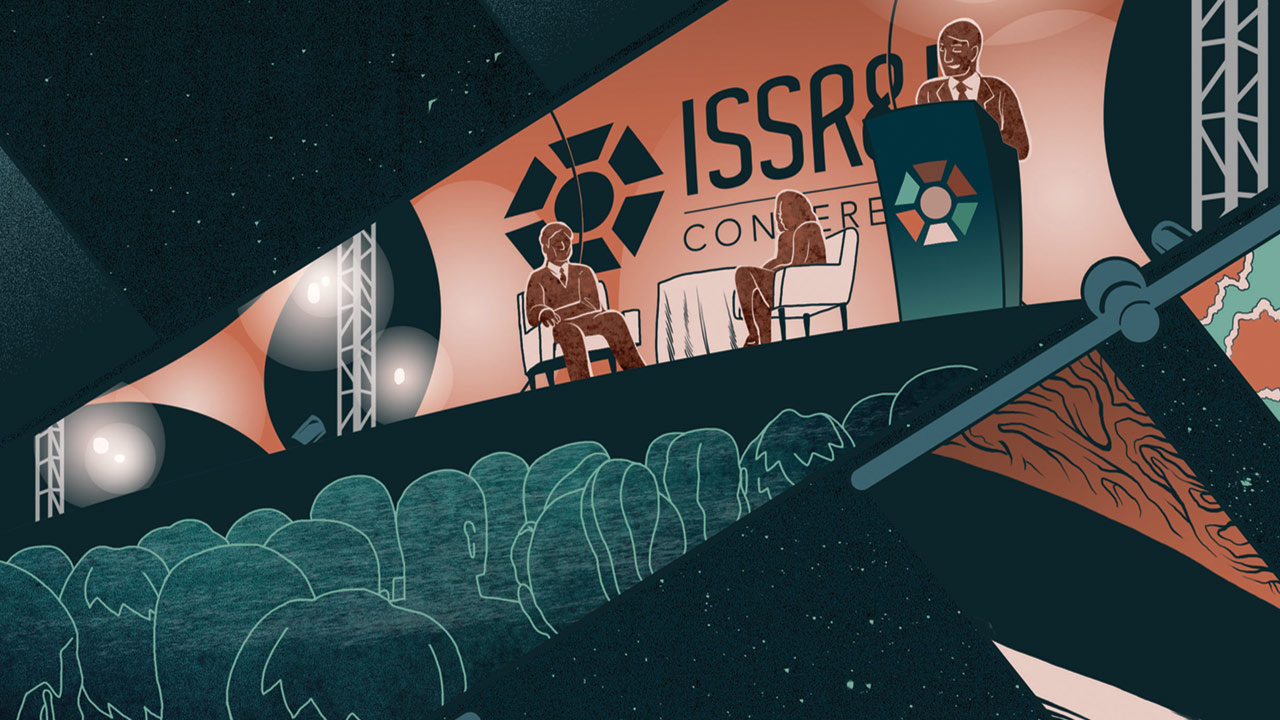 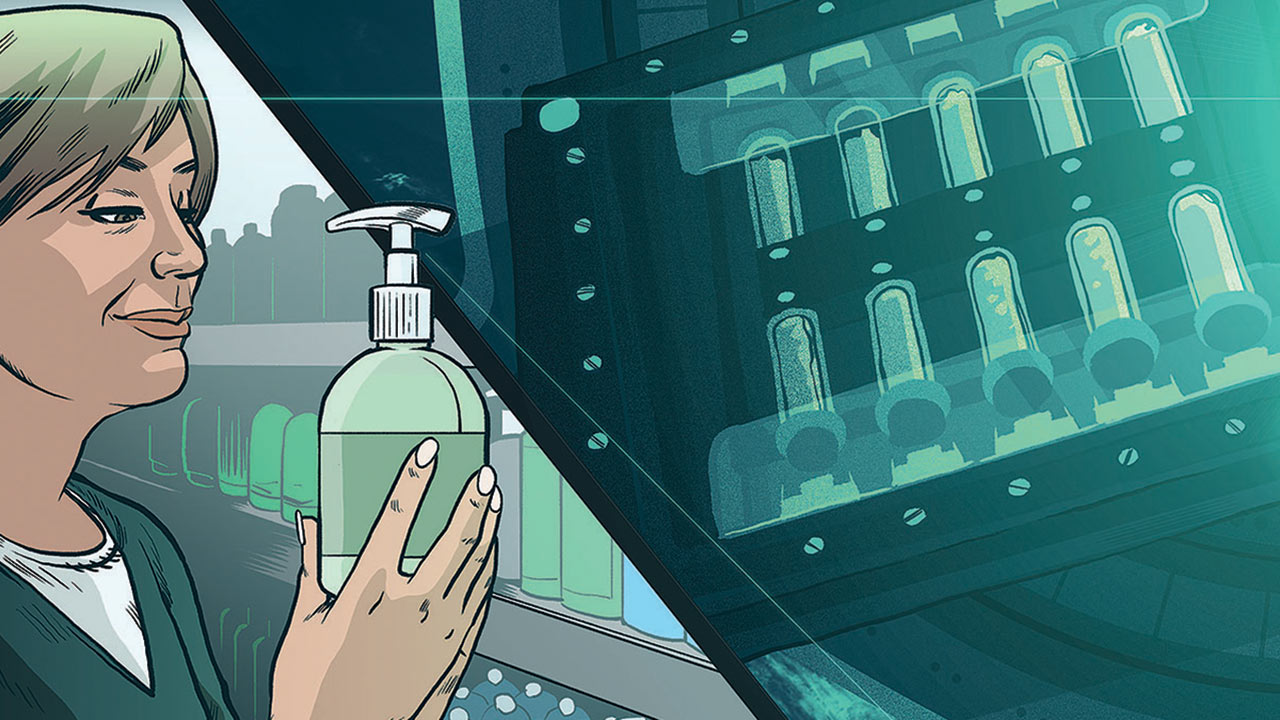