Below provides a summary of the ISS National Laboratory-sponsored payloads delivered today:

Dr. Green and his team have developed a hardware platform that will provide research payloads with a “controlled dynamic acceleration environment”—in other words, a technology that will dampen fluctuations/disturbances in the microgravity environment that occur onboard moving spacecraft. This technology promises to attract a new class of research experiments and private funding aimed at exploiting this controlled acceleration environment in microgravity, which has the potential to improve space experiments in crystallization; fluid physics; cell, tissue, and plant culturing; and other studies that require precise control of motion. This investigation stems from a the ISS National Lab grant supporting enabling technology development onboard the ISS National Lab.

NanoRacks Black Box is a key part of NanoRacks’ next-generation ISS platforms. This new hardware is specially designed to provide near-launch payload turnover of autonomous payloads while providing advanced science capabilities for customers, including the use of robotics, new automated MixStix, and NanoLab-style research. OA-5 provides the first technology demonstration mission to test the NanoRacks Black Box platform, NanoRacks’ own payload hardware, and customer technology demonstration experiments. Technology demonstration payloads onboard OA-5 include multiple education-focused experiments, one of which features a partnership between Valley Christian High School in California and Microsoft, in which students will leverage the Microsoft Windows 10 IoT (internet of things) platform to run experiments on a cell phone motor to test the behaviors of different metals and materials in microgravity environments with status and magnetic forces.

NanoRacks provides opportunities for CubeSat deployment from Cygnus after the vehicle departs from the ISS. The NanoRacks deployer is installed on the exterior of the Cygnus service module, and after completion of its primary ISS resupply mission, Cygnus is intended to move into a higher orbit, and then deploy small satellites. Four satellites are part of the OA-5 mission intended to launch from Cygnus in partnership with the space-based data company, Spire. Spire’s solutions offer organizations near-real-time insights into weather and climate, shipping and supply chain, and maritime domain awareness. Ships carry 90% of global trade over the oceans, but the ships and those that rely on them are open to risks caused by delays, piracy, poor data for search and rescue operations, and incomplete data sets. The ship tracking payload reduces those risks by relaying critical metadata about oceangoing vessels to a network of ground stations. The weather observation payload gathers incredibly accurate temperature, pressure, and humidity data by recording and processing signals from GPS satellites as they “bend” through the Earth’s atmosphere. The data is fed into weather models, where it provides large improvements to short- and medium-term forecasts. This mission will incrementally increase Spire’s satellite constellation, providing additional coverage from a mid-inclination orbit.

Material melt-growth experiments have been difficult to run in the space environment because there is just enough residual micro-acceleration (g-jitter) to produce natural convection that interferes with the structure and purity of the material. This convection is responsible for the lack of reliable and reproducible solidification data and, thus, for gaps in solidification theory. The Solidification Using a Baffle in Sealed Ampoules (SUBSA) experiment tested an automatically moving baffle (driven by melt expansion during freezing) that was designed to reduce thermal convection inside an ampoule to determine whether the baffle significantly reduces convection. Ground studies showed that the baffle reduces the movement of the material during its liquid phase, making the process easier to analyze and allowing more homogenous crystals to form. The key goal of SUBSA was to clarify the origin of the melt convection in space and to reduce the magnitude to the point that it does not interfere with the transport phenomena. This mission will provide updates to the hardware onboard the ISS to include modifications to the furnace and inserts to ensure future investigations run nominally.

To learn more about the ISS, including past research and available hardware facilities, please visit: www.spacestationresearch.com. 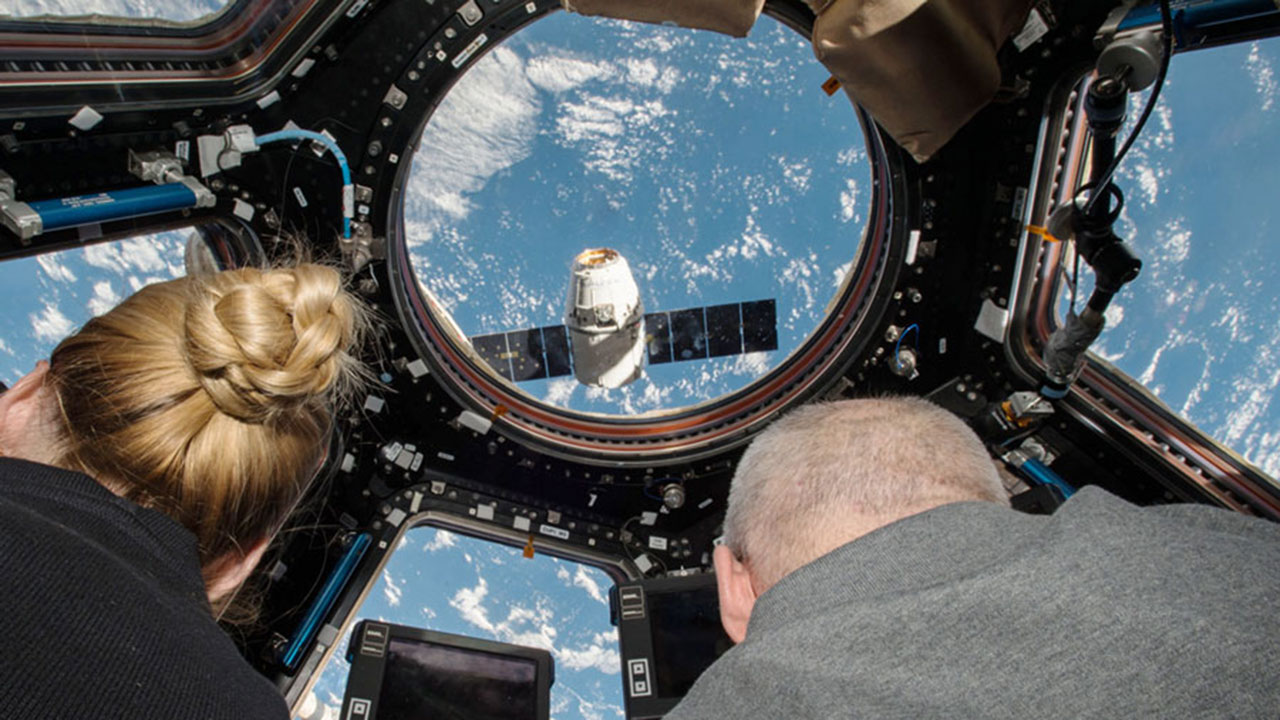