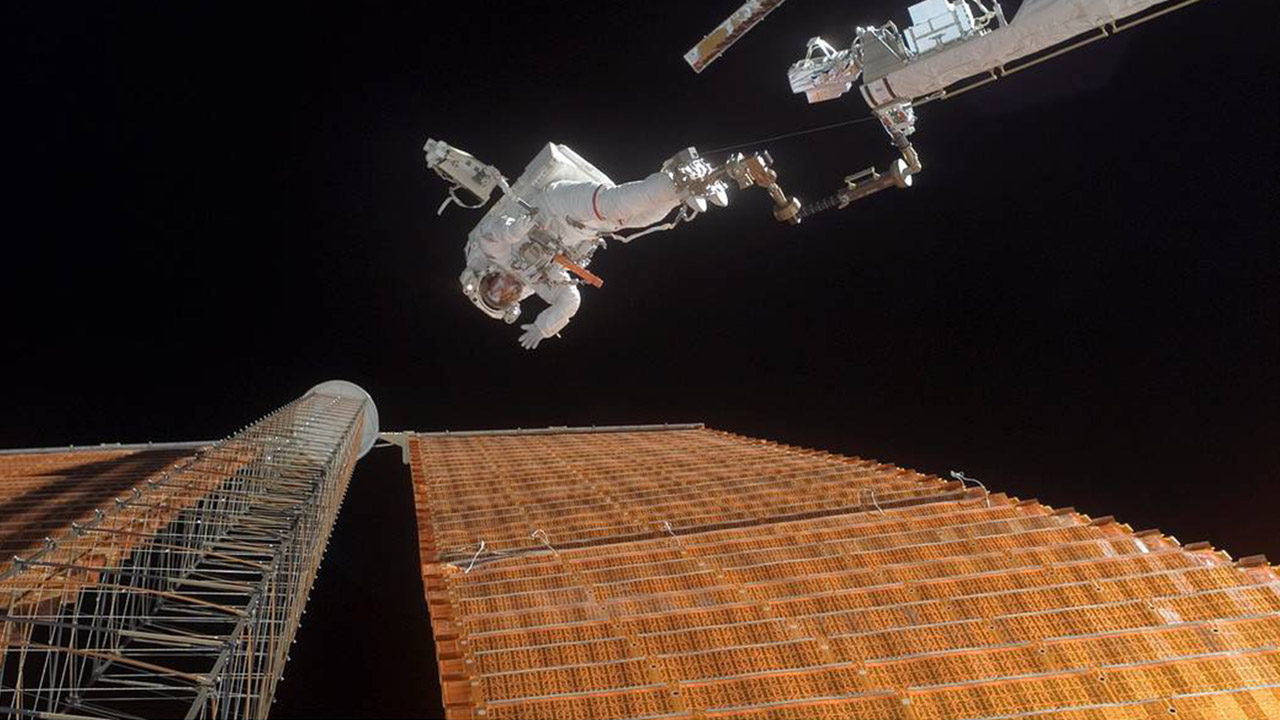 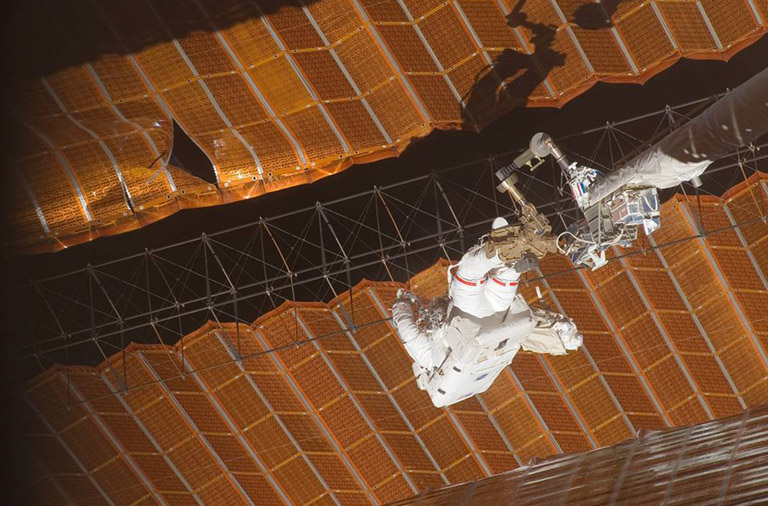 In 2007, while deploying the solar arrays on the International Space Station (ISS), the guide wire ripped the solar panels, threatening the station’s power. NASA astronaut Scott Parazynski, who had completed multiple spacewalks, was tasked with repairing the panels. This was a dangerous spacewalk because the panels were still running with live electricity, plus it was the farthest spacewalk from the station up to that point. The mission managers decided to try to repair the array rather than jettison the array or leave the tear and hope it did not get worse. Parazynski was attached to a robotic arm and had to try to repair the solar panels with a contraption that was built in space by the crew. He had to first remove the guide wire in order to stitch the solar panels together to prevent further damage. Even though Parazynski was attached to the robotic arm, he was still barely able to reach the damaged solar panels.

Although engineers tried to prepare for every possible outcome, deploying something in space proves to always be a challenge, especially with solar panels. This was the second major event in which an American astronaut had to repair a space station’s solar panels. Engineers have to find different and creative ways to solve problems in space, whether it is performing “surgery” to solar panels like Parazynski did on the ISS or using a pole to unjam the solar panels on the Skylab space station.

Learn more in additional posts in the “The ISS Engineering Feat” series on ISS design, power and cooling, and robotics.