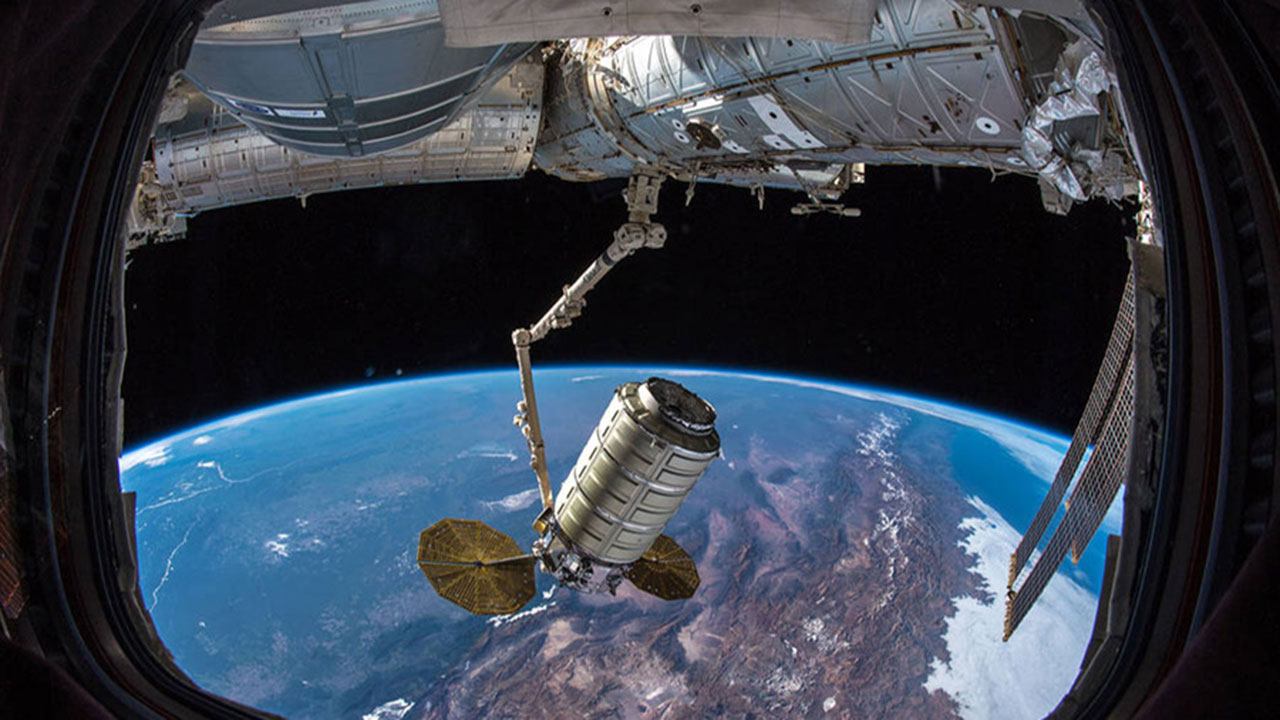 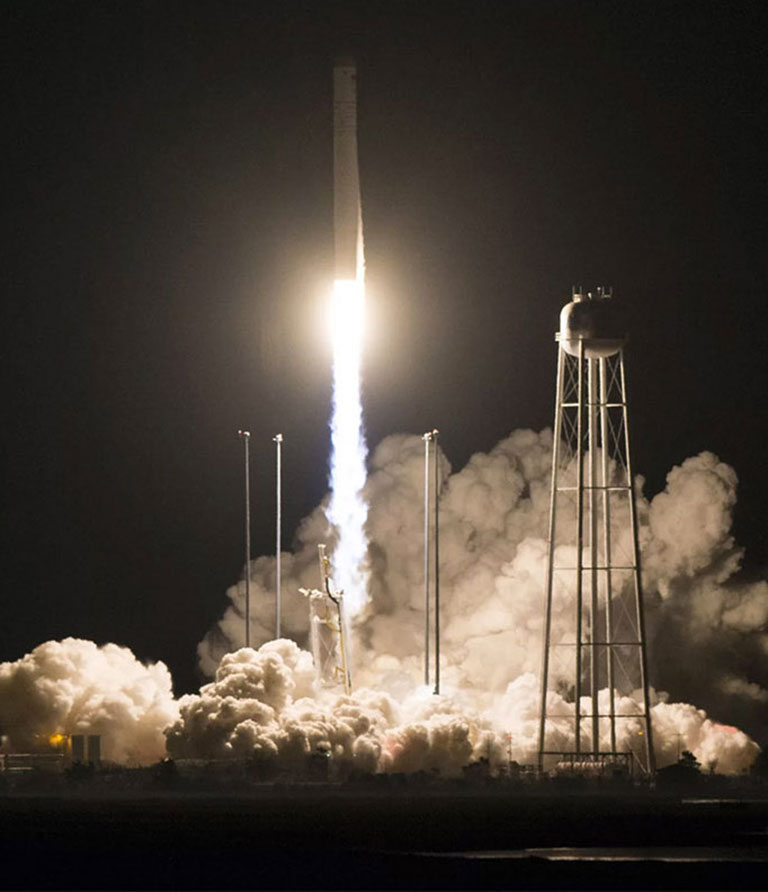 On Monday, November 19, Flight Engineer Serena Auñón-Chancellor operated the International Space Station’s Canadarm2 to capture a Northrop Grumman Cygnus capsule that launched on November 17. Mission Control then guided the process of berthing the capsule with the Unity module. The Cygnus delivered 7,400 pounds of research and supplies, including several experiments designed by students! And many more student-designed experiments and education payloads will head to the ISS on the SpaceX CRS-16 launch the first week of December!

The ISS National Laboratory and Space Station Explorers partner organizations made these four student experiments possible by helping build and test them, arranging for their integration with the NG-10 cargo, and allocating astronaut time to install and operate them.

1.  Efficiency of a Self-Healing Material in Microgravity 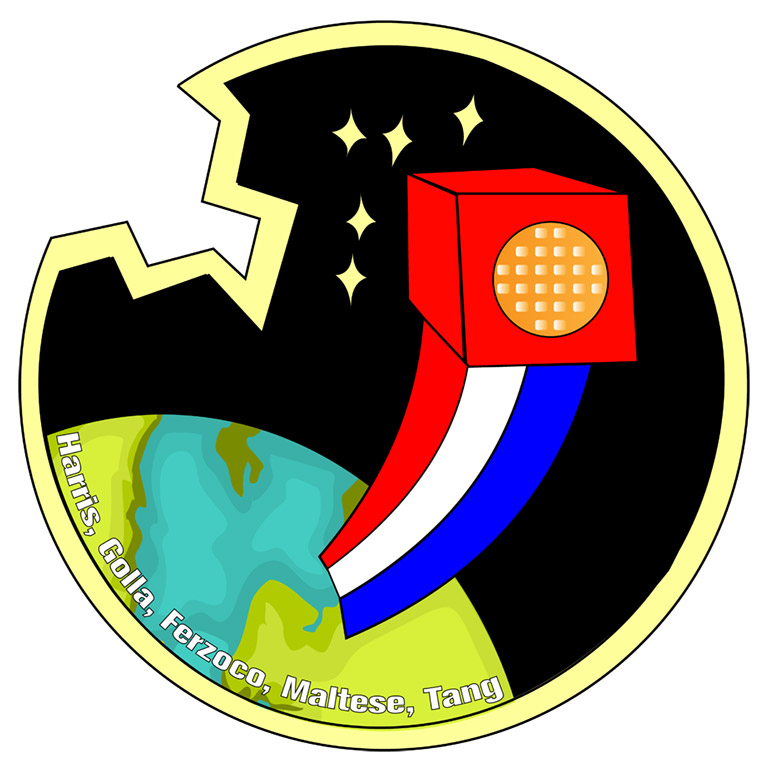 Team Waffle designed this patch for an experiment studying a self-healing material in microgravity.

Five high schoolers calling themselves “Team Waffle” designed an experiment as part of the Go For Launch! program run by Higher Orbits. After winning the competition for their region, their experiment went on to win a higher-level competition that included teams from San Diego, California and Gilbert, Arizona.

The experiment tests the effects of microgravity on self-healing concrete. Several types of self-healing concrete are in development for the construction industry. The students chose a type of bio-concrete that uses Bacillus subtilis bacteria. In the presence of water and the right chemicals, the bacteria produce a limestone-like mineral that fills cracks in the concrete. 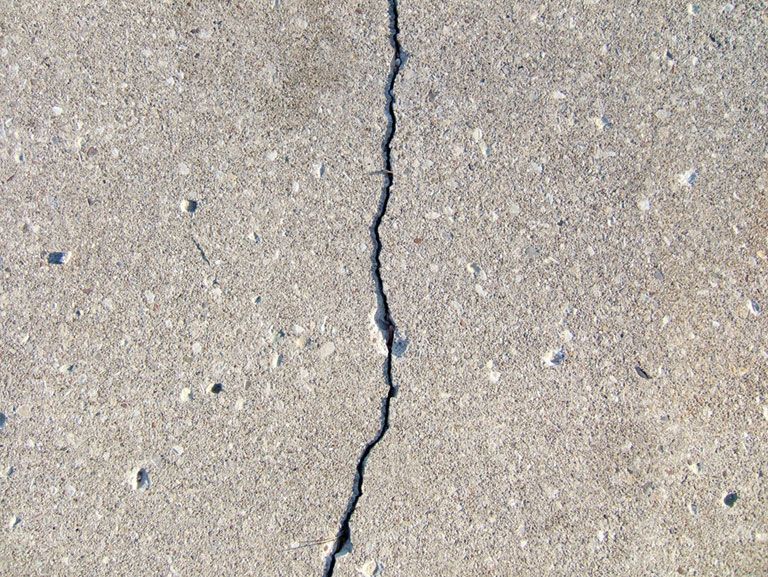 The students are sending a small, pre-cracked slab of concrete along with a mixture of water, chemicals, and bacteria. The mixture will applied to the concrete in drops and a small camera will take pictures at intervals to document changes in the crack. It all fits into a 10 x 10 x 20-centimeter box called a CubeLab.

When the students get the slab back from the ISS, they will compare it to their ground version of the experiment. What they learn could advance the development and use of self-healing materials in space and on Earth. Imagine a Mars habitat or spacecraft whose hull can heal minor damage from radiation and micrometeorite impacts! 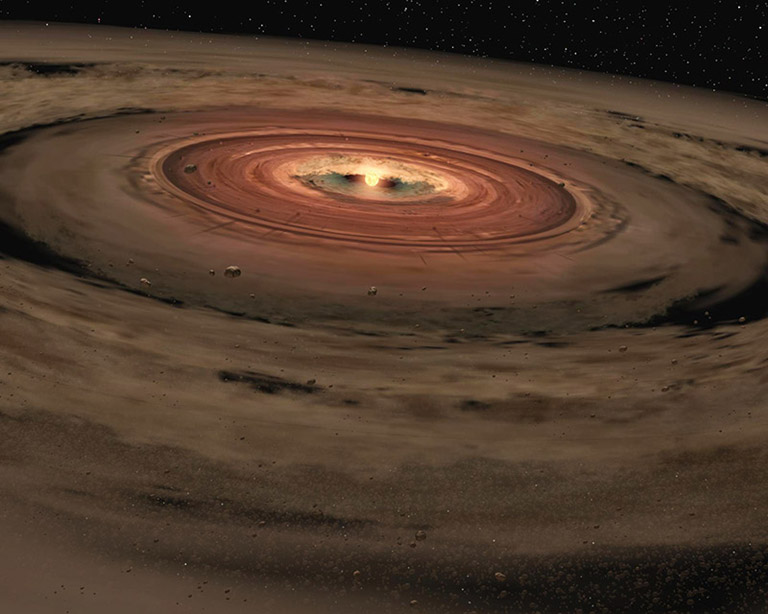 Illustration of the early solar system.

Solar systems start as giant clouds of gas and dust. What makes the dust cluster together and build larger and larger particles, eventually producing stars and planets? One part of the process seems to involve dust clumping together enough to form intermediate-sized particles called chondrules. We know this because chondrules are embedded in many meteorites. 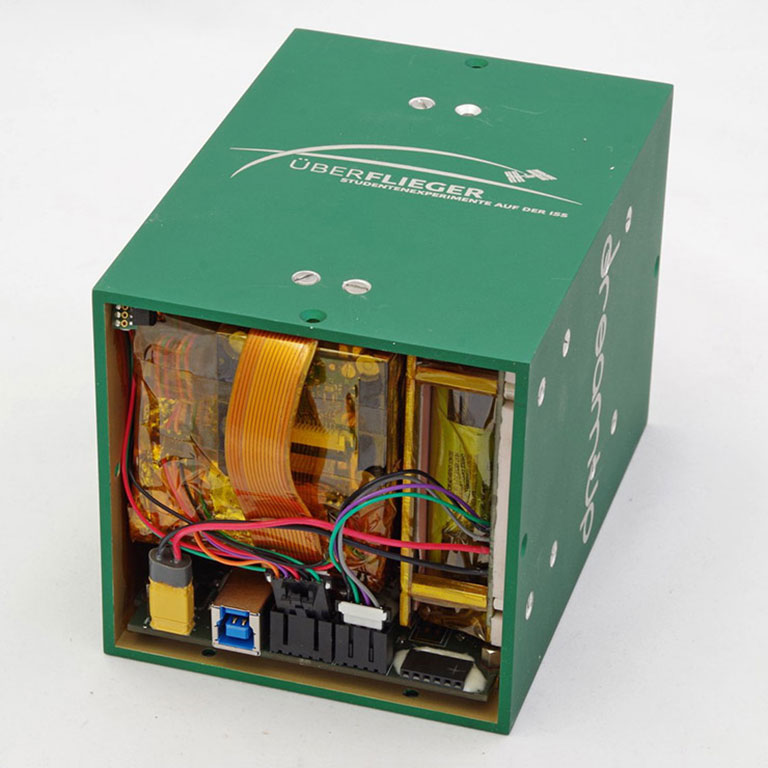 All the components of the EXCISS experiment fit into this 10-centimeter cube!

How does dust form chondrules? Through a partnership between DreamUp and Überflieger, university students in Germany developed the EXCISS investigation to test the hypothesis that electricity plays a major role in fusing dust particles together.The microgravity environment on the ISS is much better than any Earth-based simulation for re-creating the conditions of the early solar system.

The students use dust particles made of a mineral common in rocky meteorites. The dust floats in a small sample chamber and gets zapped once an hour by an electrical discharge. The heat from the discharge may make some particles melt and stick together. Dust may accumulate on the surface of the larger particles. An HD camera will monitor these changes.

EXCISS could improve scientists’ understanding of how stars and planets form, possibly revealing some of the conditions that give rise to rocky planets orbiting their suns in habitable zones. This could help advance the search for Earth-like exoplanets. 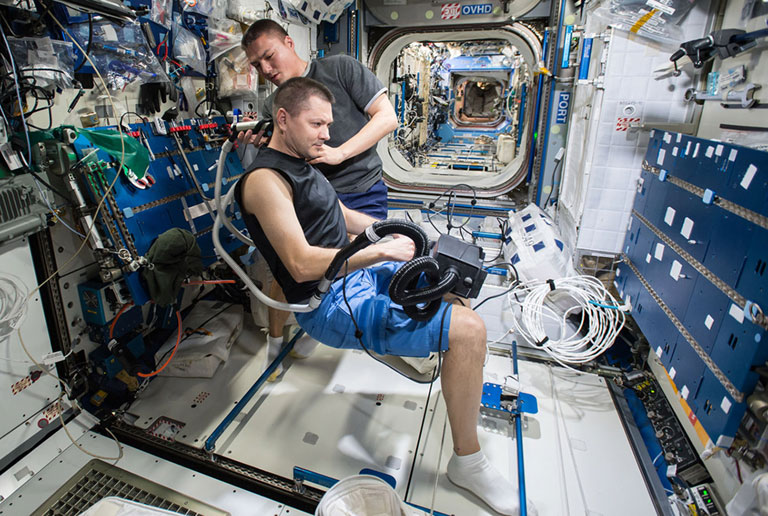 In this 2015 photo, Oleg Kononenko (foreground) and Kjell Lindgren hook their feet under blue handrails to stay put—otherwise this haircut might turn out funky. An older type of foot restraint is attached to the handrail on the right.

Inside the space station, astronauts maneuver with the help of wall-mounted handrails. To stay in one spot and keep their hands free, they can hook their feet under the handrails, but that gets uncomfortable after a while. For extended work with experiments or computers, astronauts strap into foot restraints attached to the handrails. 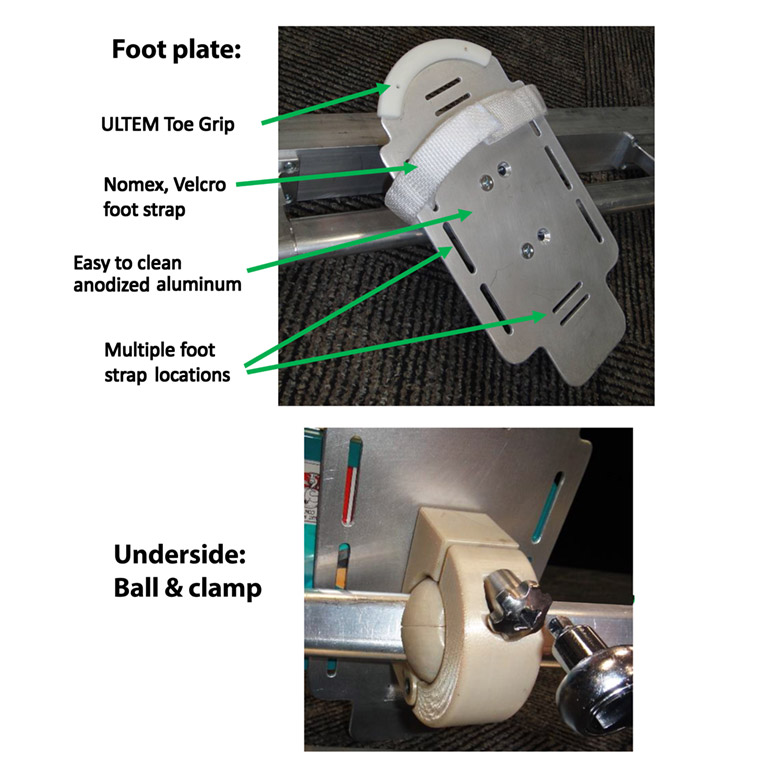 Like all good engineers, the high schoolers iterated through several cycles of testing and refinement to reach this final version of their invention.

A problem with existing foot restraints is that they are rigid, preventing astronauts from swiveling from one piece of equipment to another. The new foot restraints have ball joints with a wide range of motion and adjustable friction.

ISS crew members sleep in padded, closet-sized booths. Four of these crew quarters line the walls of the Harmony (Node 2) module. Air flow is extremely important for these units. Without a forced flow of air, exhaled carbon dioxide can build up in the air immediately surrounding a sleeping astronaut’s mouth and nose. Fans pull air into the quarters through an inlet grill and push air out through an exhaust grill. 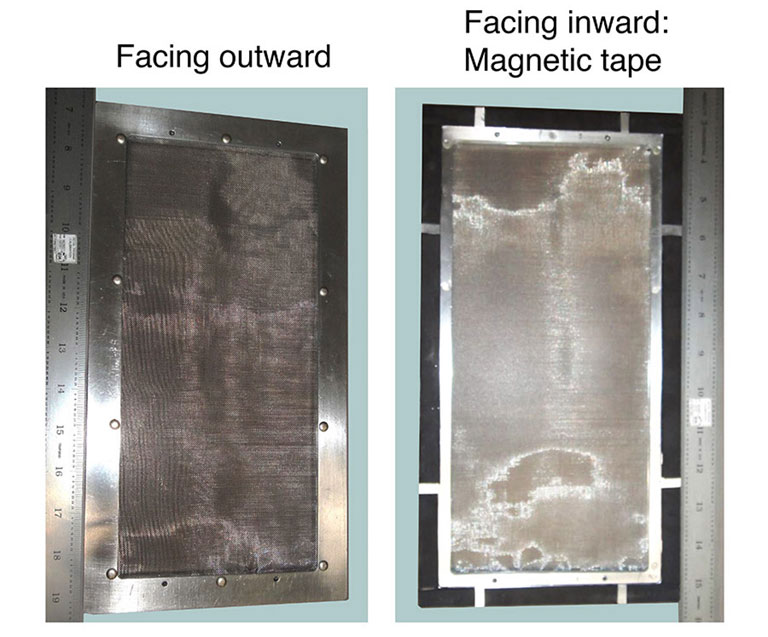 The new lint screens, designed and manufactured by high school students, will prevent airflow problems in the crew sleeping quarters.

Sensors monitor the air flow, but they have been giving inaccurate readings when dust builds up in the ductwork. Astronauts tried making makeshift dust filters by cutting up old T-shirts and sleeping bag liners to fit over the inlet and exhaust grills. But cutting up cloth is a poor use of crew time, and the cloth scraps can’t be cleaned or reused. So the HUNCH students designed and built filters made of durable stainless steel mesh. They click into place with magnets and they’re easy to remove, vacuum, and replace.

It seems like such a simple solution—but it took serious engineering to get there. The students had to make sure the devices were compatible with existing hardware on the station. They drew up the structures in CAD program and machined the frames from aluminum. Everything about these lint catchers was tested and re-tested, from the type and placement of screws to the strength of the magnetic tape to the fineness of the mesh.

The resulting devices will have real benefits in safety and convenience. How many high schoolers can claim that they’ve made life a little better for our astronauts in orbit? 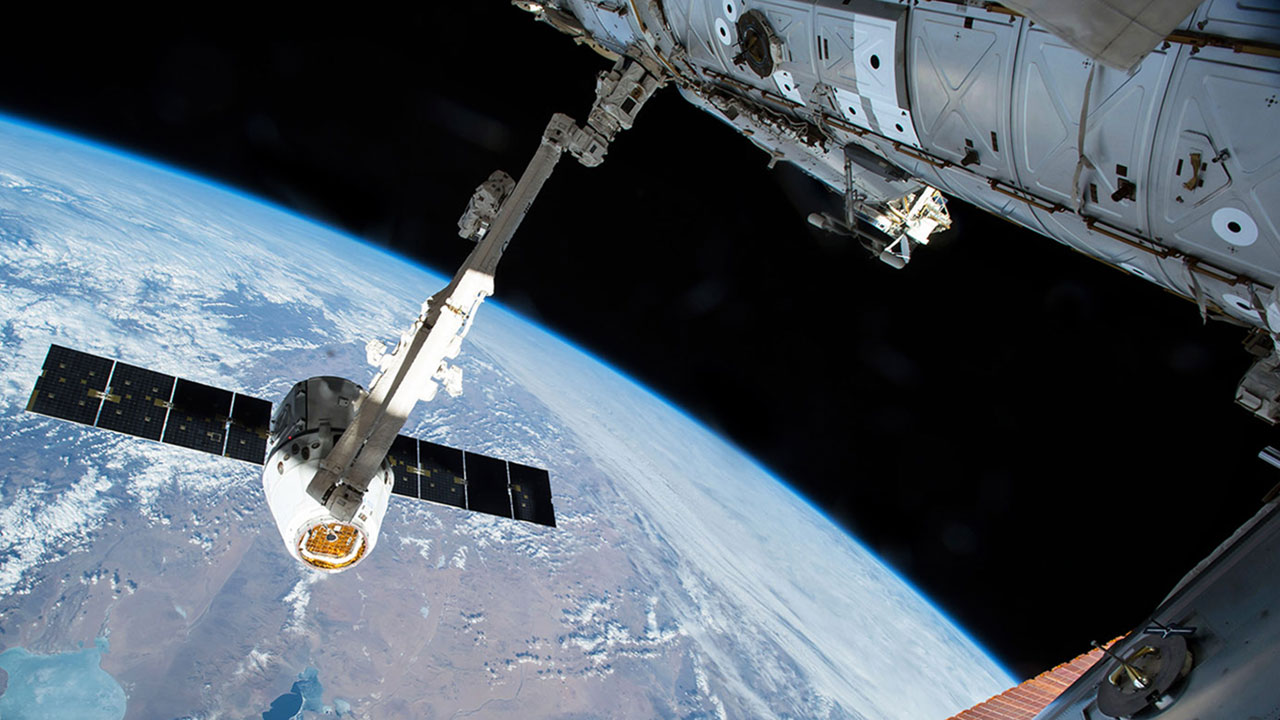