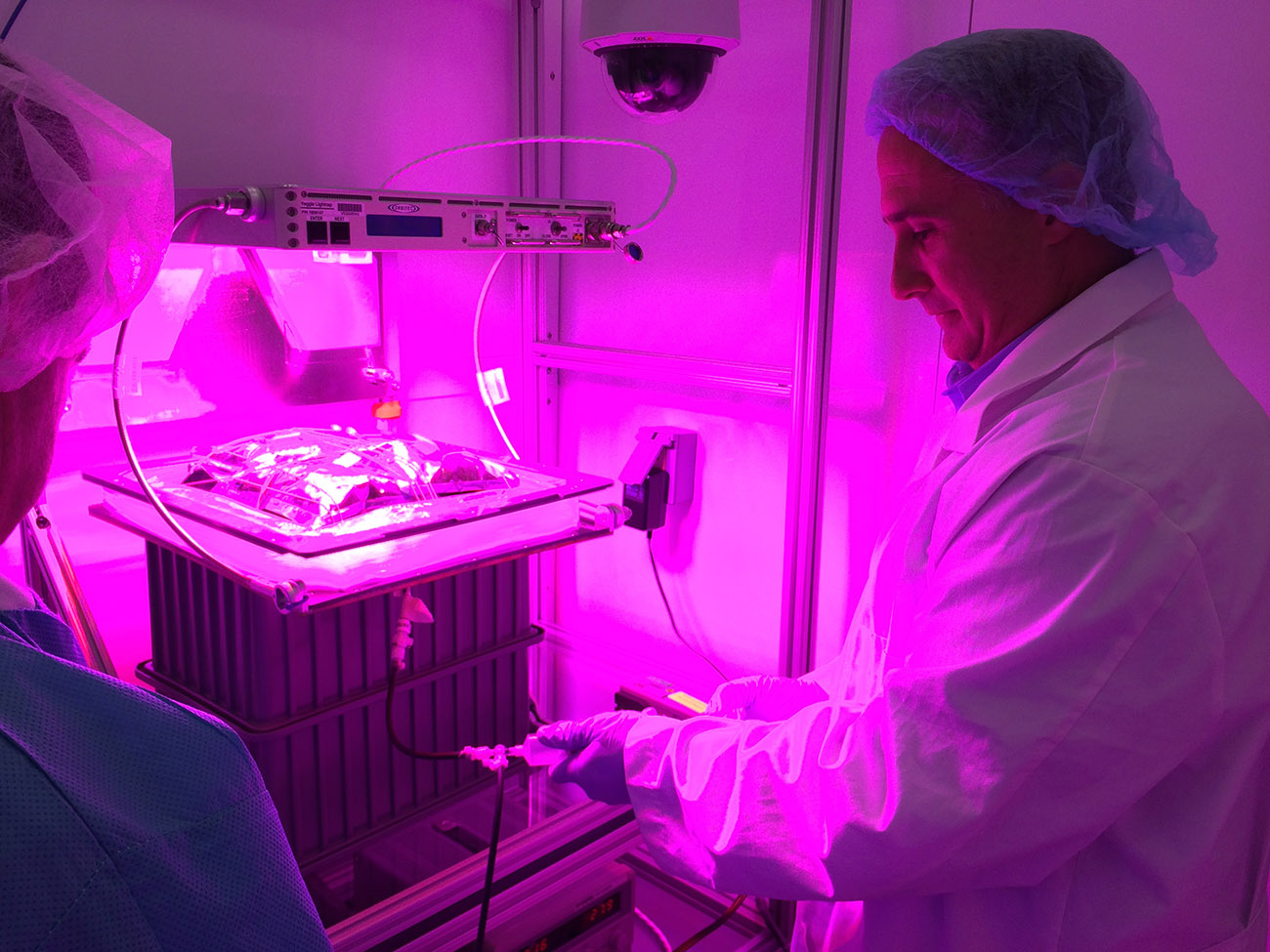 Dr. Smith leads the Veggie project, which lets the ISS crew grow fresh produce in an onboard garden! 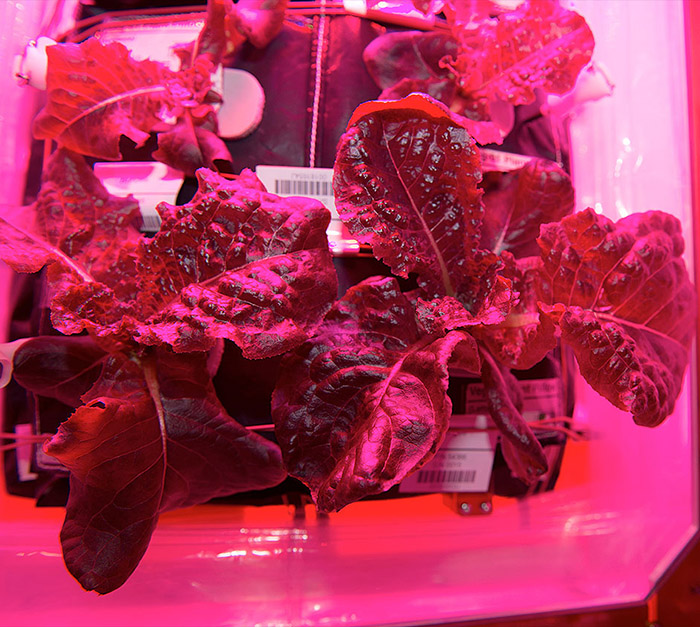 Yum! Lettuce grows in the Veggie plant growth facility on the ISS.

When humans travel to Mars, Trent Smith thinks they will need fresh vegetables in their diet to stay healthy. He envisions a Mars colony complete with gardens. Since 2011, he has led the Veggie project at NASA’s Kennedy Space Center. His team develops specialized plant growth chambers and tests plant varieties to find the ones best suited for spaceflight. NASA and Orbitec are partners in this research.

The Veggie Plant Growth System is “a deployable plant growth unit capable of producing salad-type crops to provide the crew with a palatable, nutritious, and safe source of fresh food and a tool to support relaxation and recreation. The Veggie provides lighting and nutrient delivery, but utilizes the cabin environment for temperature control and as a source of carbon dioxide to promote growth.”

Trent Smith graduated from college with a Bachelor of Science and Master of Science in Chemistry from Florida Institute of Technology in 2005.  Since then, he has received several awards during his 10 year career at NASA, including a Spaceflight Awareness Award, a KSC Certificate of Commendation for Outstanding Leadership, two NASA Superior Accomplishment Awards for Leadership, and more than 18 Space Act Awards for Inventions and Innovations. Trent also has more than 12 patents granted or pending, and has authored two book chapters in addition to 18 peer-reviewed scientific journal articles and government reports.