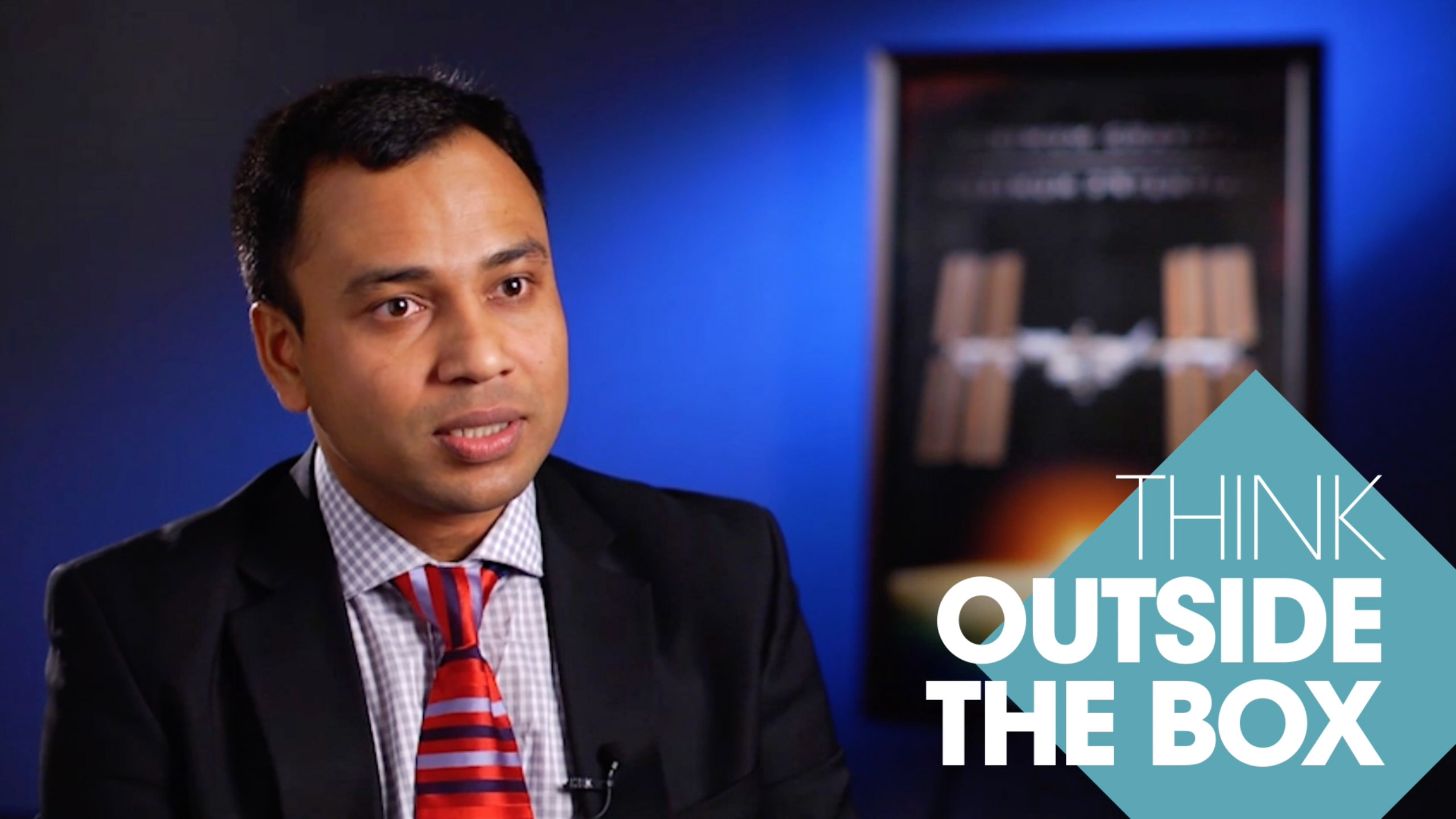 Dr. Ruhul Amin studies harmful algal blooms (HABs) from space using remote sensing instruments including the Hyperspectral Imager for the Coastal Ocean (HICO), which operated on the International Space Station from 2009 to 2014. Accurate mapping and monitoring are essential to understand, predict, and prepare for these toxic blooms. 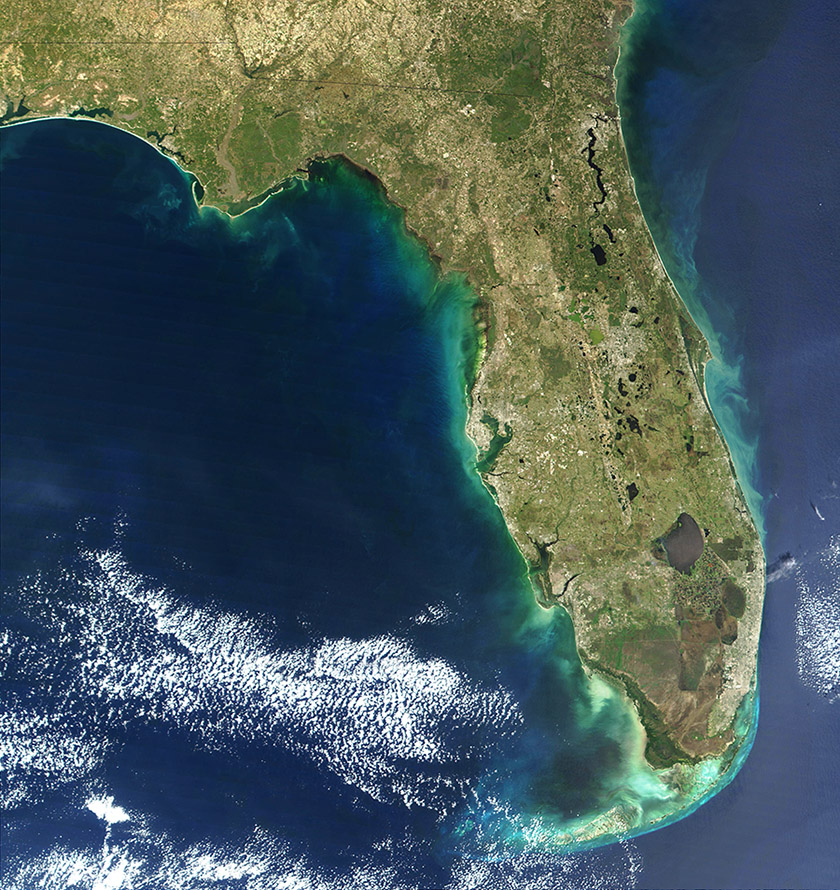 MODIS image of red tide off the Florida coast on February 17, 2002.

Dr. Amin runs BioOptoSense, a remote sensing company that uses satellite data to monitor and study Earth systems including sea ice, clouds, and many characteristics of ocean and lake waters. To detect HABs, he compares data from remote sensing instruments such as the Moderate Resolution Imaging Spectroradiometer (MODIS) on NASA’s Terra satellites and the Hyperspectral Imager for the Coastal Ocean (HICO) on the ISS. Data from these instruments can also help emergency responders send crews to areas affected by oil spills or natural disasters.

What does “hyperspectral” mean?

HICO captured images of Earth’s surface at 128 different wavelengths, 90 of which are invisible to the human eye. This provides useful information that we can’t get from typical photos. Water that looks cloudy in visible light appears clear in other wavelengths. Comparing the amounts of light collected at different wavelengths gives clues to the conditions and processes in the water.

The HICO instrument was attached to the External Facility on the ISS, a sort of back porch attached to the Japanese Experiment Module, Kibo. The Naval Research Laboratory built HICO in 2009, and it was operated by NASA and the ISS National Lab until late 2014, when it shut down after its computer was fried by a solar storm. During its five years of operation, HICO collected approximately 10,000 hyperspectral images of the Earth. 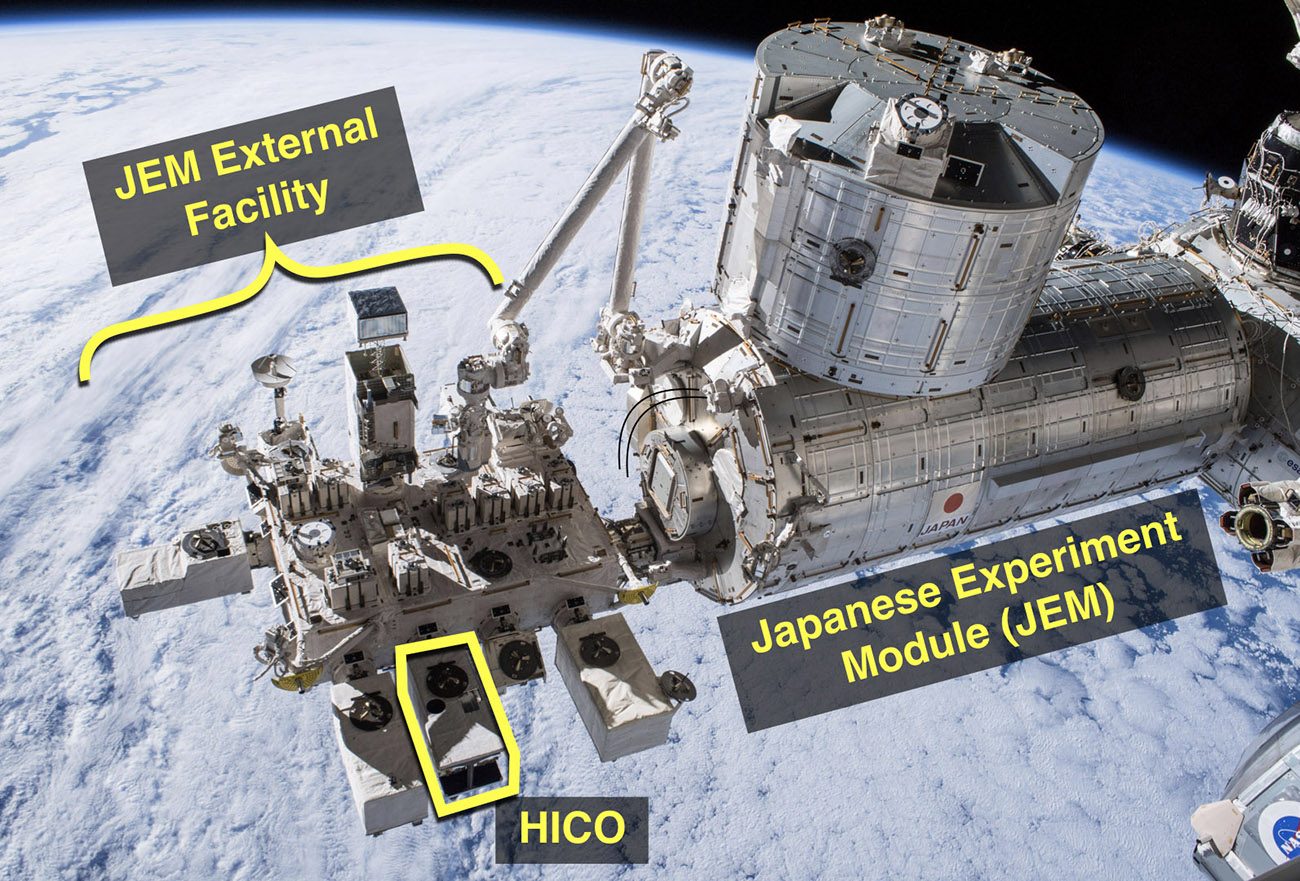 Location of the Hyperspectral Imager for the Coastal Ocean (HICO) on the External Facility of the space station’s Japanese Experiment Module, also known as Kibo.

Studying water along coastal regions is more difficult than studying the open ocean. “The coastal zone is very challenging due to the complexities of various water types and depths, dissolved and suspended organic and inorganic matters, and bottom reflectance,” wrote Dr. Amin. On top of that, clouds and shadows can make the images harder to interpret.

To address these challenges, Dr. Amin has developed computer algorithms to process HICO data and make it more useful for mapping HABs. He first tested the algorithms on videos of a massive algal bloom on Lake Erie in 2011. 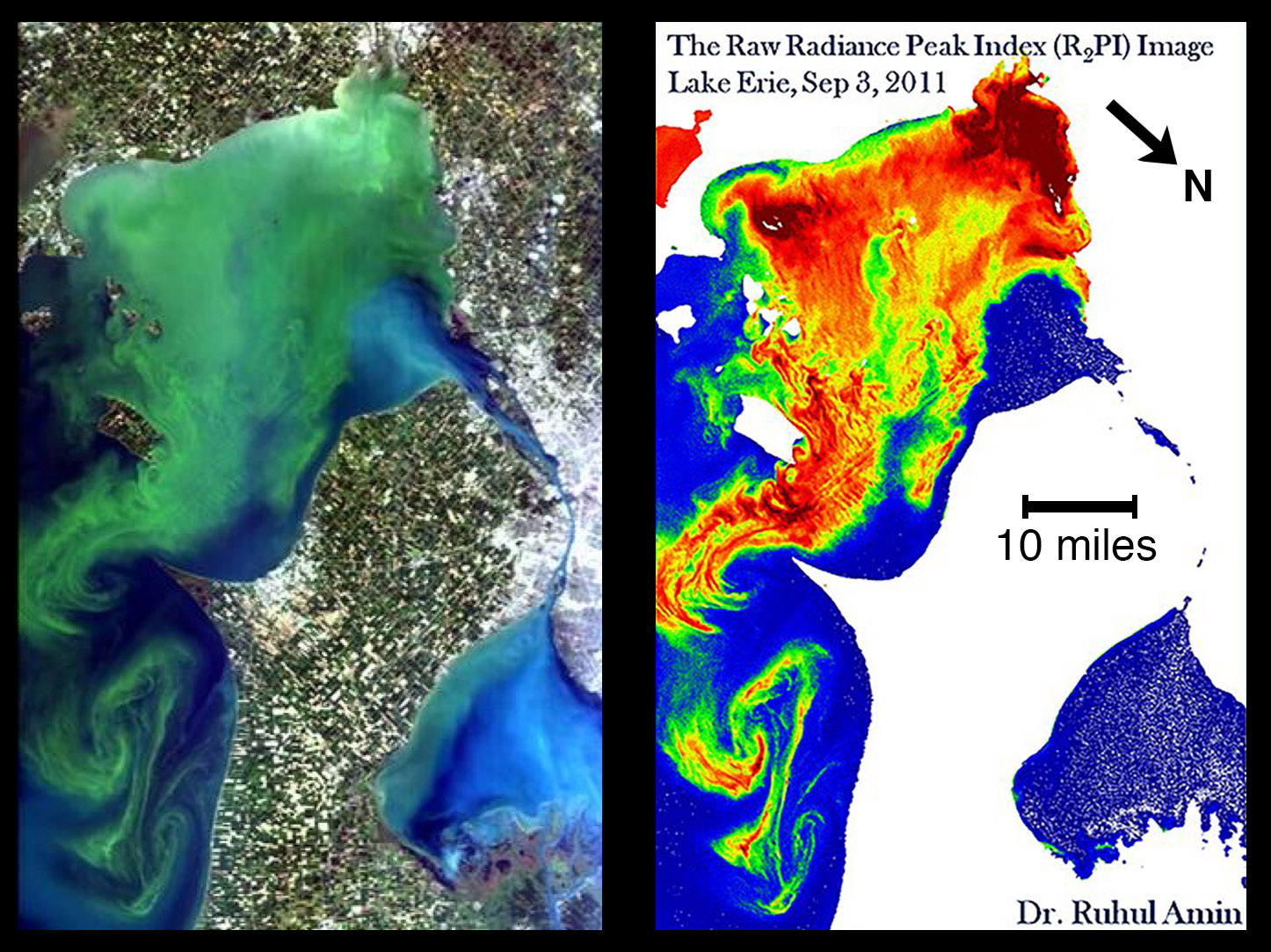 Dr. Amin’s work will improve the accuracy of mapping and assessing HABs and will help contribute to the design of a new and improved hyperspectral imager to be developed for the ISS or another satellite.