The sun illuminates the the International Space Station as as dawn breaks.

KENNEDY SPACE CENTER, FL. (March 28, 2017) –The International Space Station Research and Development Conference (ISSR&D) today announced that Elon Musk, CEO and lead designer at Space Exploration Technologies (SpaceX), has been confirmed as a keynote speaker at its 6th annual meeting at the Omni Shoreham Hotel in Washington, D.C. from July 17-20, 2017. The ISSR&D Conference was created to connect commercial and academic communities involved in new innovations, breakthroughs, and discoveries onboard humankind’s unique orbiting laboratory. This event is held in coordination with the Center for the Advancement of Science in Space (the ISS National Lab), the American Astronautical Society (AAS), and the National Aeronautics and Space Administration (NASA).

Elon is both an inspiration and a driving force in this exciting market.

Founded in 2002 by Musk, SpaceX’s mission is to enable humans to become a spacefaring civilization and a multi-planet species by building a self-sustaining city on Mars. In 2008, SpaceX’s Falcon 1 became the first privately developed liquid-fuel launch vehicle to orbit the Earth. Following that milestone, NASA awarded SpaceX with contracts to carry cargo and crew to the International Space Station (ISS). A global leader in commercial launch services, SpaceX is the first commercial provider to launch and recover a spacecraft from orbit, attach a commercial spacecraft to the ISS and successfully land an orbital-class rocket booster. By pioneering the development of fully and rapidly reusable rockets and spacecraft, SpaceX is dramatically reducing the cost of access to space, the first step in making life on Mars a reality in our lifetime.

Within his role at SpaceX, Musk oversees the development and manufacturing of advanced rockets and spacecraft for missions to and beyond Earth orbit. He is also the co-founder, CEO and product architect of Tesla, which makes electric cars, giant batteries and solar products. He is the co-founder and chairman of OpenAI, a nonprofit research company working to build safe artificial intelligence and ensure that AI’s benefits are as widely and evenly distributed as possible.

“We are thrilled to have Elon Musk join the 2017 ISS R&D Conference as a keynote speaker,” said the ISS National Lab President and Executive Director Gregory H. Johnson. “The ISS R&D Conference truly represents the crossroads of innovation for a growing community of space researchers, partners, investors and technologists. Elon is both an inspiration and a driving force in this exciting market.”

A Conversation with Elon Musk from the 2015 ISSR&D Conference

Registration for the 2017 conference is now open. To learn more about the 2017 ISSR&D Conference, including how to register, please visit: http://www.issconference.org/

About the ISS National Lab: The Center for the Advancement of Science in Space (the ISS National Lab) was selected by NASA in July 2011 to maximize use of the International Space Station (ISS) U.S. National Laboratory. the ISS National Lab is dedicated to supporting and accelerating innovations and new discoveries that will enhance the health and wellbeing of people and our planet. For more information, visit www.issnationallab.org. 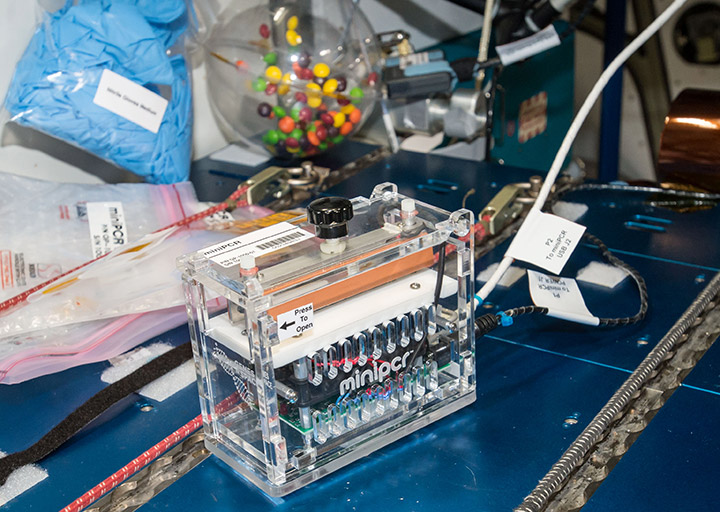