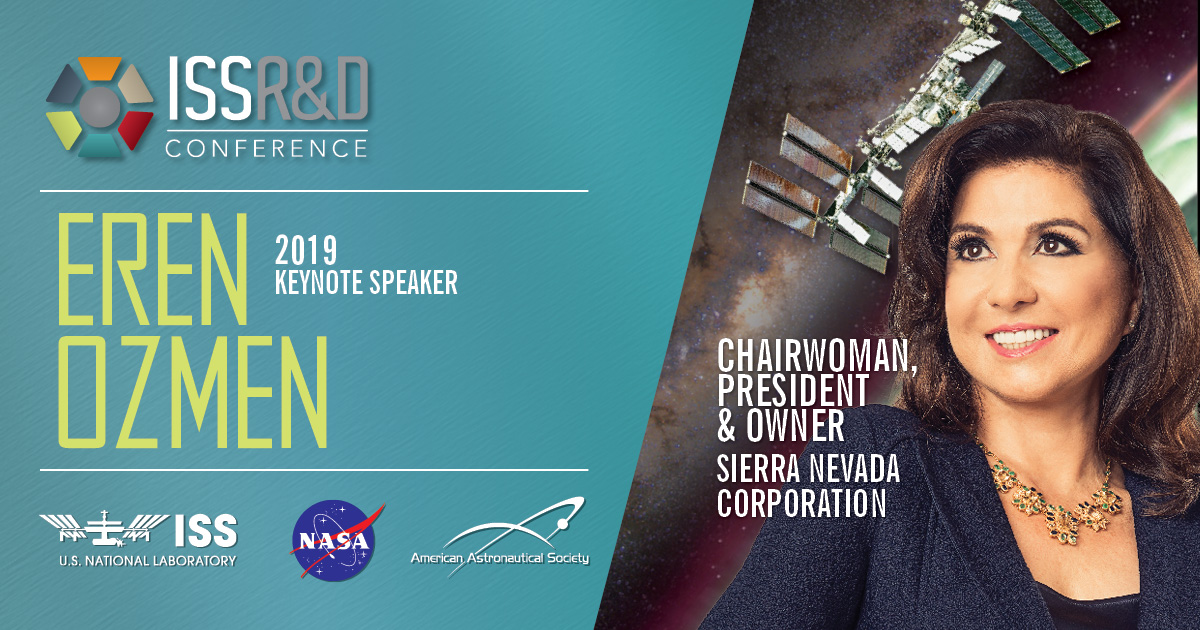 KENNEDY SPACE CENTER (FL), July 3, 2019 – Sierra Nevada Corporation (SNC) Chairwoman, Owner, and President Eren Ozmen will be a keynote speaker at the 8th annual International Space Station (ISS) Research and Development Conference in Atlanta. The conference will be held July 29-August 1 and is expected to draw more than 1,000 key players in the field of low Earth orbit research and development. The conference goal is to connect commercial companies, educational institutions, government agencies and the ISS U.S. National Laboratory to foster innovation onboard the orbiting laboratory.

Ozmen will address a wide range of topics, including her unique personal journey from a childhood in Turkey to lead SNC, one of the most innovative companies in space. She will also provide updates on SNC’s Dream Chaser space vehicle program and will be joined by former NASA astronaut Steve Lindsey, now vice president of space exploration systems at SNC.

“To say we are honored to have Eren Ozmen speak at the conference is a massive understatement,” said ISS U.S. National Laboratory Chief Strategy Officer Richard A. Leach, Ph.D. “She and her company are truly at the forefront of innovation in space, and we are excited to learn more about the capabilities and role of Dream Chaser. It is clearly one of the critical enablers for research and innovation in space.”

About Eren Ozmen and SNC

Born in Turkey, Ozmen embodies an inspiring American dream story, as she and her husband, SNC CEO Fatih Ozmen, acquired SNC in 1994 and have built it into what the National Space Council has recognized as one of the top three most innovative companies in space. Ozmen’s strategic leadership has been marked by targeted acquisitions, disciplined financial and technical management, and an unwavering focus on integrity, which together have fueled SNC’s growth from a small firm of 20 employees into one of the top woman-owned federal contractors in the United States. Today, SNC’s workforce of nearly 4,000 operates in 33 locations in 19 U.S. states, England, Germany, and Turkey.

Ozmen has received numerous awards and distinctions, including the following:

The company’s 55-year legacy of state-of-the-art civil, military, and commercial solutions includes delivering more than 4,000 space systems, subsystems and components to customers worldwide, and participation in more than 450 missions to space, including Mars. Of particular importance to this conference, SNC has been selected by NASA to resupply the ISS with critical research and supplies through its Dream Chaser spacecraft. With this spacecraft, the space station will have another commercial partner capable of bringing supplies to the unique environment of space. Dream Chaser will also be capable of returning sensitive research back to Earth via a gentle landing on virtually any commercial runway.

SNC has also been chosen to develop prototypes of key human lander elements for NASA’s accelerated Artemis lunar exploration program. During the next six months, SNC will perform studies and develop prototypes to help NASA reduce schedule risk for the descent, transfer and refueling elements of a potential human landing system. 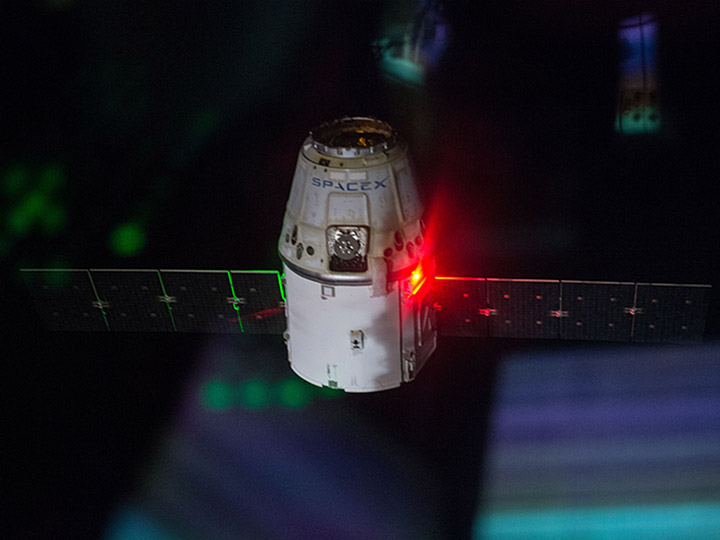 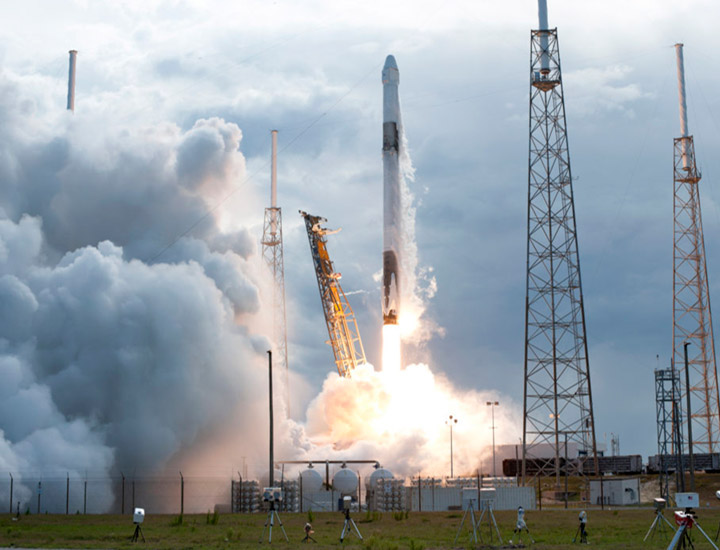