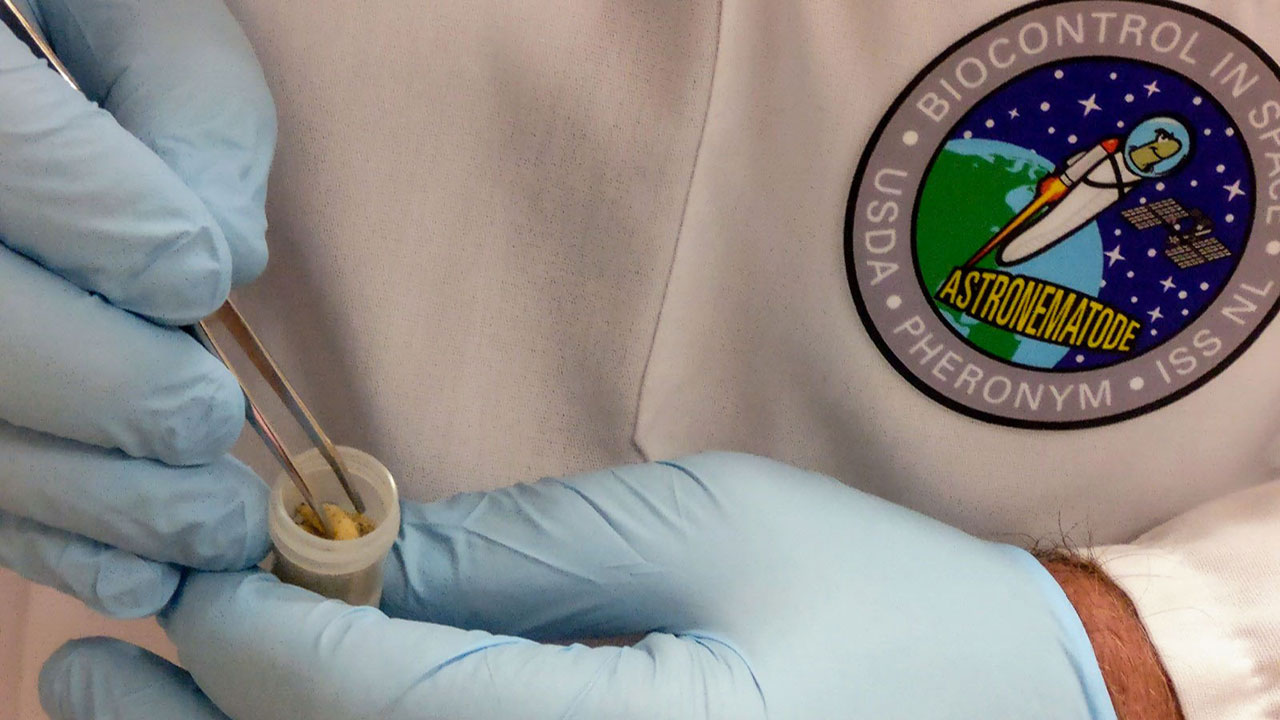 Nematodes are loaded into sample tubes for Pheronym's investigation. The project seeks to test the effects of microgravity on the movement and infection behavior of beneficial nematodes, which are used to control agricultural insect pests.

Certain types of nematodes contain bacteria in their gut that kill insects that are harmful to crops. Pheromones produced by the nematodes are what signal the nematodes to disperse and find new insects to infect. Pheronym developed technology that uses pheromones to control nematodes to optimize their use as agricultural pest control.

Pheronym’s ISS National Lab investigation, done in collaboration with the United States Department of Agriculture, sought to study nematodes in microgravity to uncover new pheromone production mechanisms and other insights that could help improve Pheronym’s pest control product formulation. Learn more in the ISS360 article “On the Hunt: Studying Insect-Killing Worms in Space.” 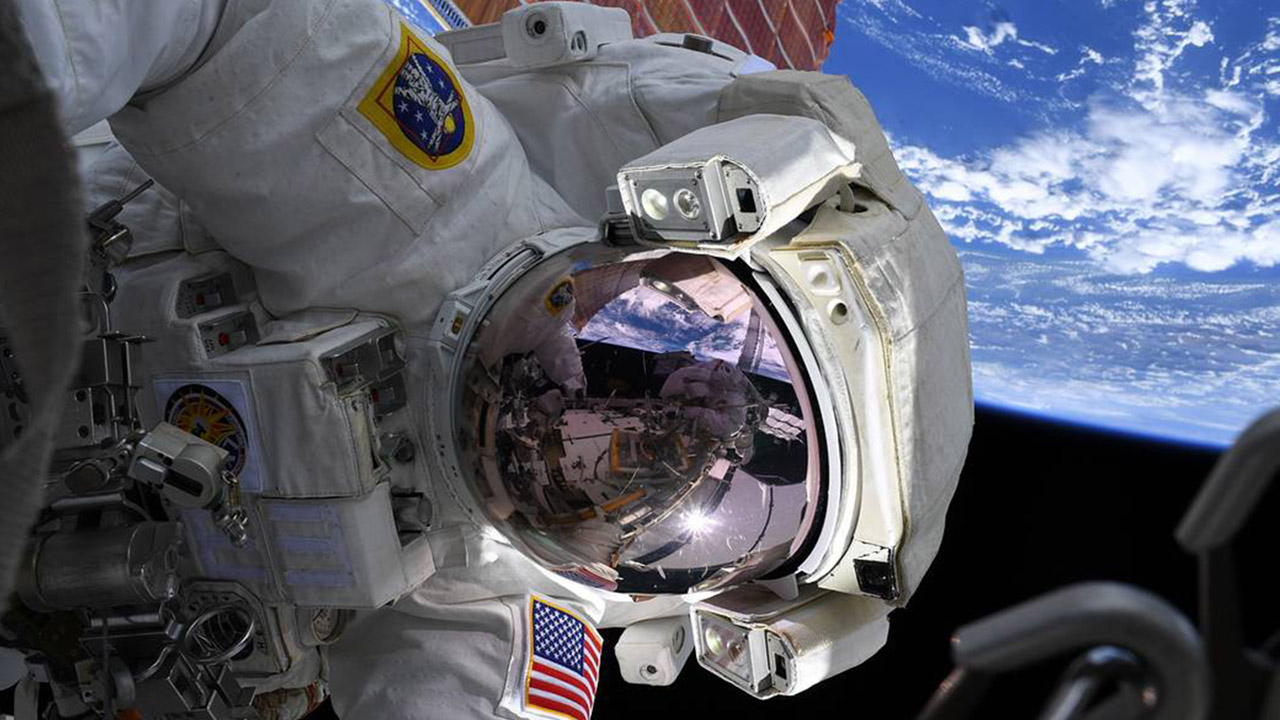