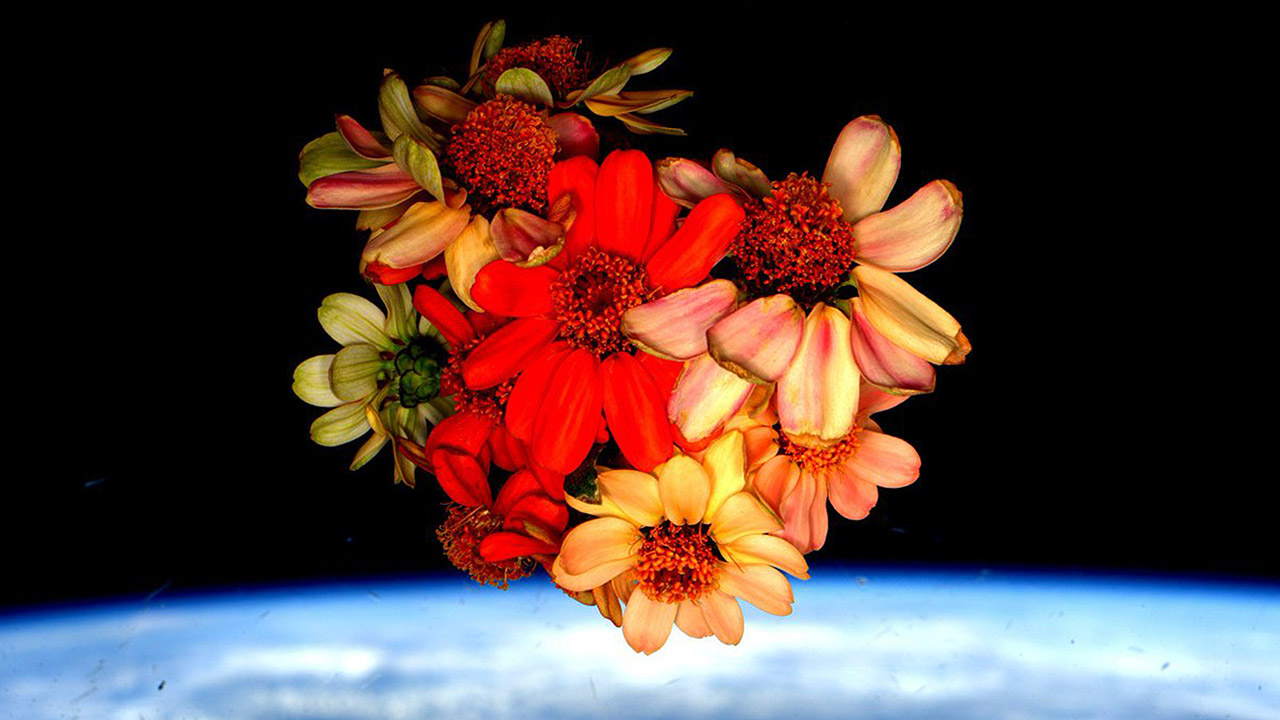 The International Space Station has inspired some delightful works of artistic expression. Guest contributor Adrienne Provenzano shares some favorites to enjoy this week in celebration of both Valentine’s Day and the 18th anniversary of the Cupola!

In early February, 2010, the Tranquility module and Cupola arrived at the International Space Station. By the end of that month, the Cupola had been transferred from the end port of Tranquility to the nadir port facing the Earth, the windows opened, and the first amazing views shared with humanity. I recall staying up late and excitedly watching the initial opening of those windows live online. What an incredible accomplishment of engineering and teamwork!

As a STEAM (Science, Technology, Engineering, Arts, and Math) educator and professional musician, I look for creative ways to connect arts, humanities, and STEM. For several years I’ve been working on a music composition project entitled International Space Station Suite. The seven sections of this work-in-progress are each inspired by ISS imagery. The project is intended to create music that can be performed by soloists or ensembles and raise awareness of the International Space Station and STEM and STEAM education resources. Future plans include a designated website with links to STEM and STEAM sites and complementary curriculum materials. 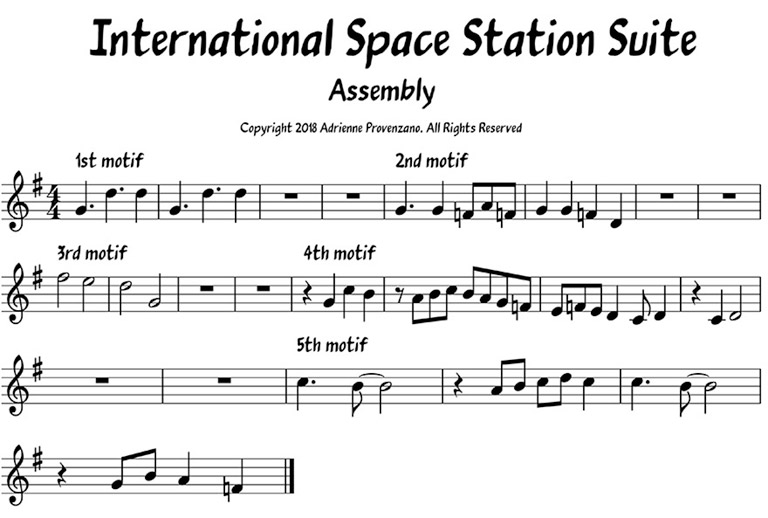 The first piece, “Assembly,” was shared in audio and musical score formats on the Space Station Explorers Twitter account on December 8, 2018, to commemorate the 20th anniversary of the connection of the first two modules of the ISS: Zarya and Unity. That composition consists of five musical motifs to represent the five partner space agencies for the ISS.

Each motif is not identified as representing a particular agency, but students can discuss what motif they would assign to each space organization and why. The first theme is played repeatedly to represent the orbit of the station. Motifs two through five can be played alone or in different combinations. Instruments that have been played on Station – flute and trumpet – were chosen as part of the orchestration of the audio version. Alternately, a variety of instruments or even voice parts could be used when performing the piece.

This week, to celebrate the 18th anniversary of the Cupola’s installation, I’m sharing another piece in the suite. The section is entitled “With Love From Station.” On Valentine’s Day in 2016, Astronaut Scott Kelly snapped a photo of a bouquet of zinnias floating in the Cupola. 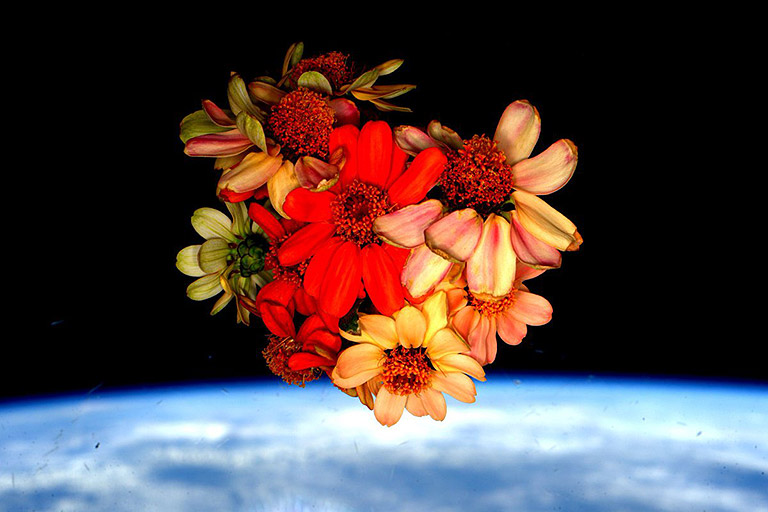 In 2016, Scott Kelly’s Valentine’s Day gift to the world was a photo of a floating bouquet with distant Earth in the background. 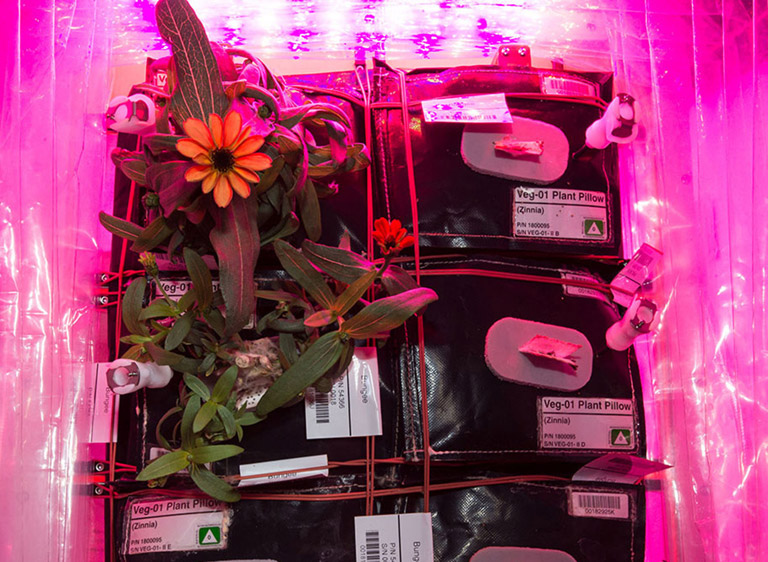 It was challenging to grow the zinnias in the Veggie plant growth facility on the ISS. The flowers almost didn’t survive because mold started growing on their leaves, but Kelly persisted and worked with ground teams to protect and preserve the flowers.

The music-box quality of this piece reflects the delicacy of the blossoms. The melody’s jazzy style, lively tempo, and 6/8 meter provide a sense of the lighter-than-air feeling of being in love. The music could be played along with the Plants in Space curriculum and the Adventures of the Agronauts activities available on the Space Station Explorers website.

Since the Cupola was installed in 2010, it has become a unique location for creative endeavors on Station. In addition to the wonderful imagery captured through the windows, music has been performed there by several astronauts including Cady Coleman (flute), Drew Feustel (guitar and vocal), and Chris Hadfield (guitar and vocal), and books read to children as part of the Story Time From Space project.

Left: Cady Coleman played the flute on the ISS. Right: Chris Hadfield was one of several astronauts who enjoyed playing the onboard guitar

I continue to be inspired by the International Space Station and all the people around the world involved in the mission on and off the Earth and look forward to continuing to compose International Space Station Suite and share the music. Please let me know if you use the pieces as part of your educational efforts and how they are an asset to accomplishing your educational objectives by contacting me at internationalspacestationsuite@yahoo.com.

Adrienne Provenzano is a Space Station Explorers Ambassador and a NASA Solar System Ambassador. A presenter at the SEEC (Space Exploration Educators Conference) at Space Center Houston for the past seven years, she has also presented on arts, humanities, STEM, and STEAM at the International Space Station Research and Development Conference, the United Nations Office of Women Headquarters, the Kennedy Space Center, the National Air and Space Museum, and the U.S. Space and Rocket Center. 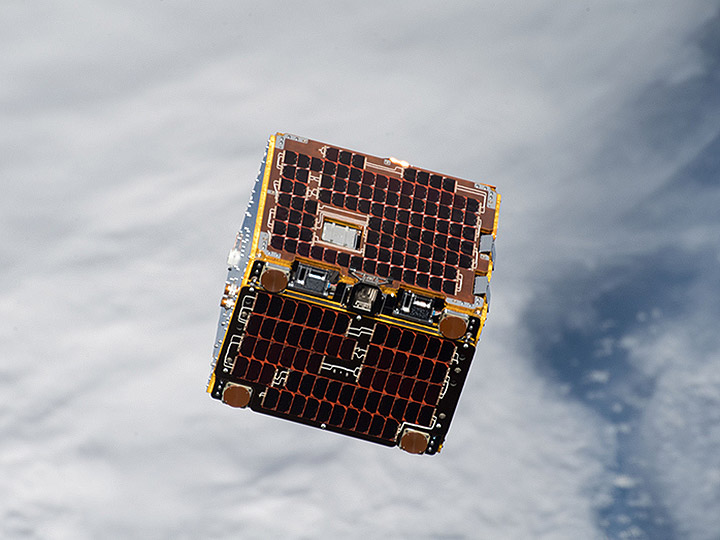 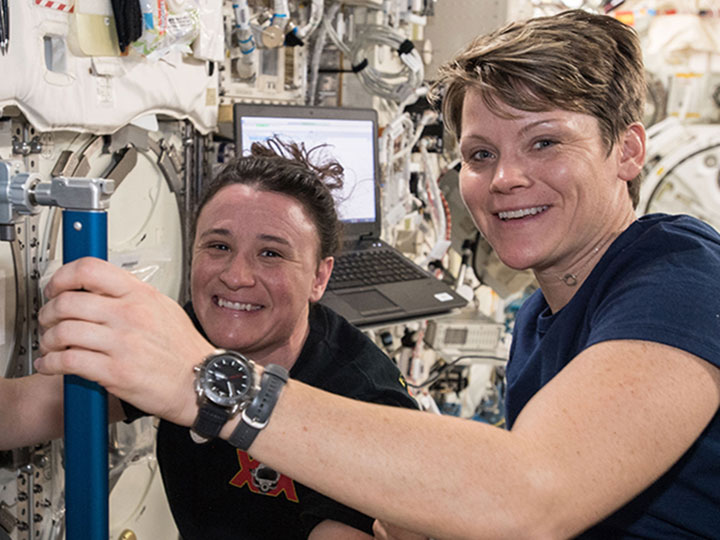