Through Magnitude.io’s ExoLab experiments, students can investigate microgravity’s effects on biology and ecology by participating in research projects on the International Space Station (ISS). Using a classroom-based ExoLab growth chamber similar to one sent to the ISS, students compare their ground-based data on plant growth with data from the space station.

Magnitude.io is part of the Space Station Explorers Consortium, a growing community of ISS National Lab partner organizations working to leverage the unique platform of the ISS to provide valuable education experiences. Learn more at www.spacestationexplorers.org.

In ExoLab-7, which recently launched to the ISS on NG CRS-13, Magnitude.io seeks to explore how humans can sustainably grow food crops in space habitats. In addition to light, water, and carbon dioxide, plants require a steady supply of nitrogen compounds and nutrients to support their growth. Nitrogen is necessary not only because it is a major component of amino acids, the building blocks of proteins, but it is also in the chlorophyll that plants need to capture light energy.

Without a rich and accessible source of nutrients, usually provided by soil on Earth, it is not possible for plants to thrive. Can regolith, the layer of loose rock and dust that sits atop solid rock, or synthetic substrates be substituted in space habitats for the living soil on Earth?

On Earth, we use ammonia and chemical fertilizers to provide adequate nitrogen to sustain plant growth. However, in a closed-system habitat in space, ammonia is not a good option because it takes up space, adds mass, and is lethal to humans. Even on Earth, chemical fertilizers are energy-intensive to produce. For use in spacecraft voyaging into space or in habitats on the surface of other worlds, soil and nutrient amendments in fertilizers would be even more costly and create too much “upmass” to be practical. A biological solution is needed for nitrogen fixation in space. 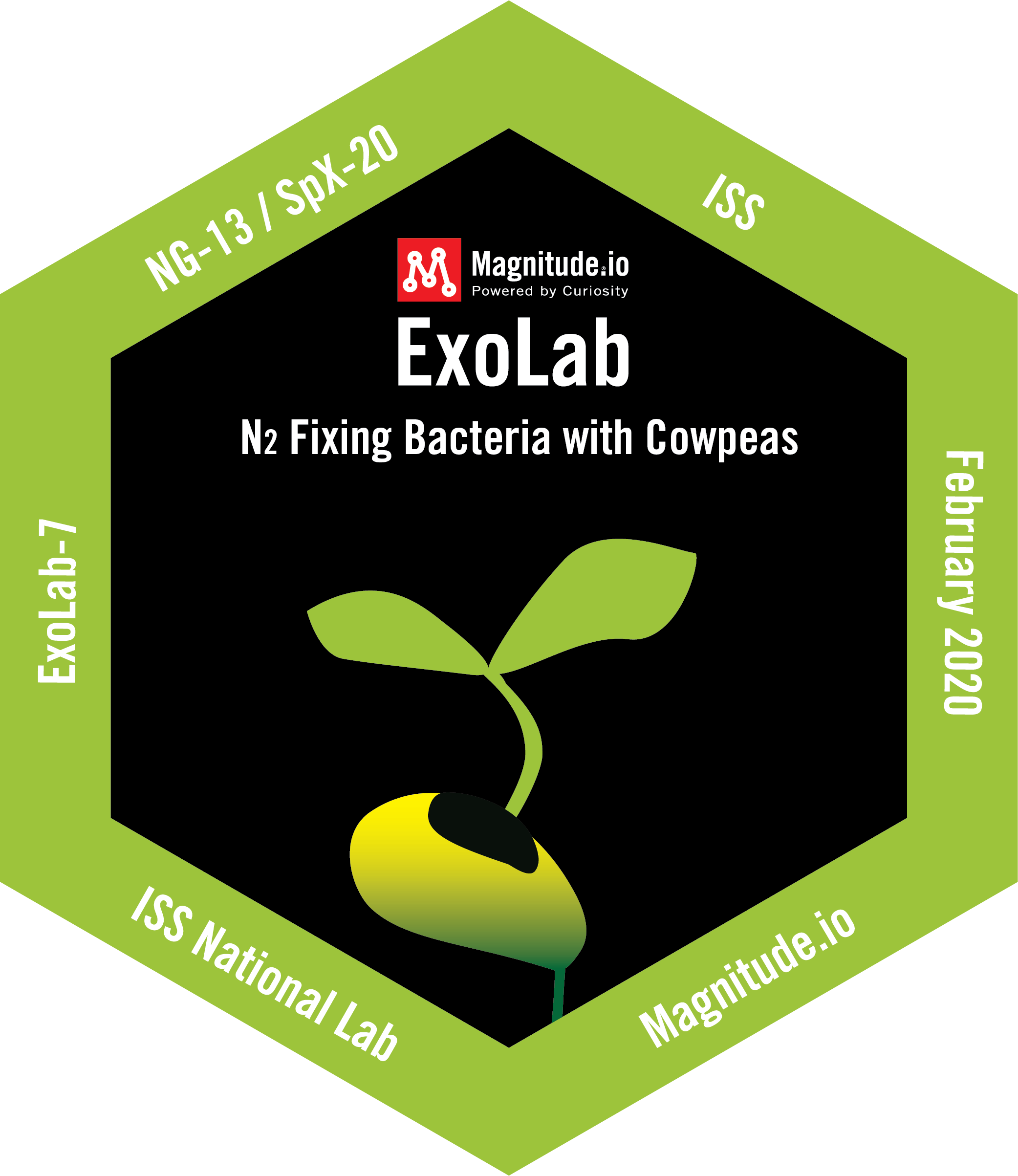 As a follow-on to ExoLab-6 which studied the growth of nitrogen-fixing bacteria called Rhizobia, Magnitude.io sent cowpea seedlings (Vigna unguiculata) to the ISS for ExoLab-7. Rhizobia are able to take nitrogen from the air and convert the nitrogen into a chemical form that can be taken in by a plant’s roots. For the experiment, the seedlings will be inoculated with a single species of bacteria, Rhizobium leguminosarum, that can enter the plant’s roots to form specialized root nodules inside the plant (a process called nodulation) where nitrogen gas can be converted to nitrates by the bacteria for use by the plant. This symbiotic relationship between legumes like Vigna and bacteria like Rhizobia is a critical part of the nitrogen cycle on Earth, and the main way in which nitrogen is converted biologically into a chemical form that plants can utilize.

The variety of Vigna chosen for this experiment, called Lady Cowpea, is small in size compared with other varieties of Vigna and is noted for its tolerance to heat, consistent growth, and high productivity. Built by Space Tango, the ExoLab sent to the ISS has a volume of approximately two liters and houses three Vigna seedlings—two experimental treatments and one control treatment. 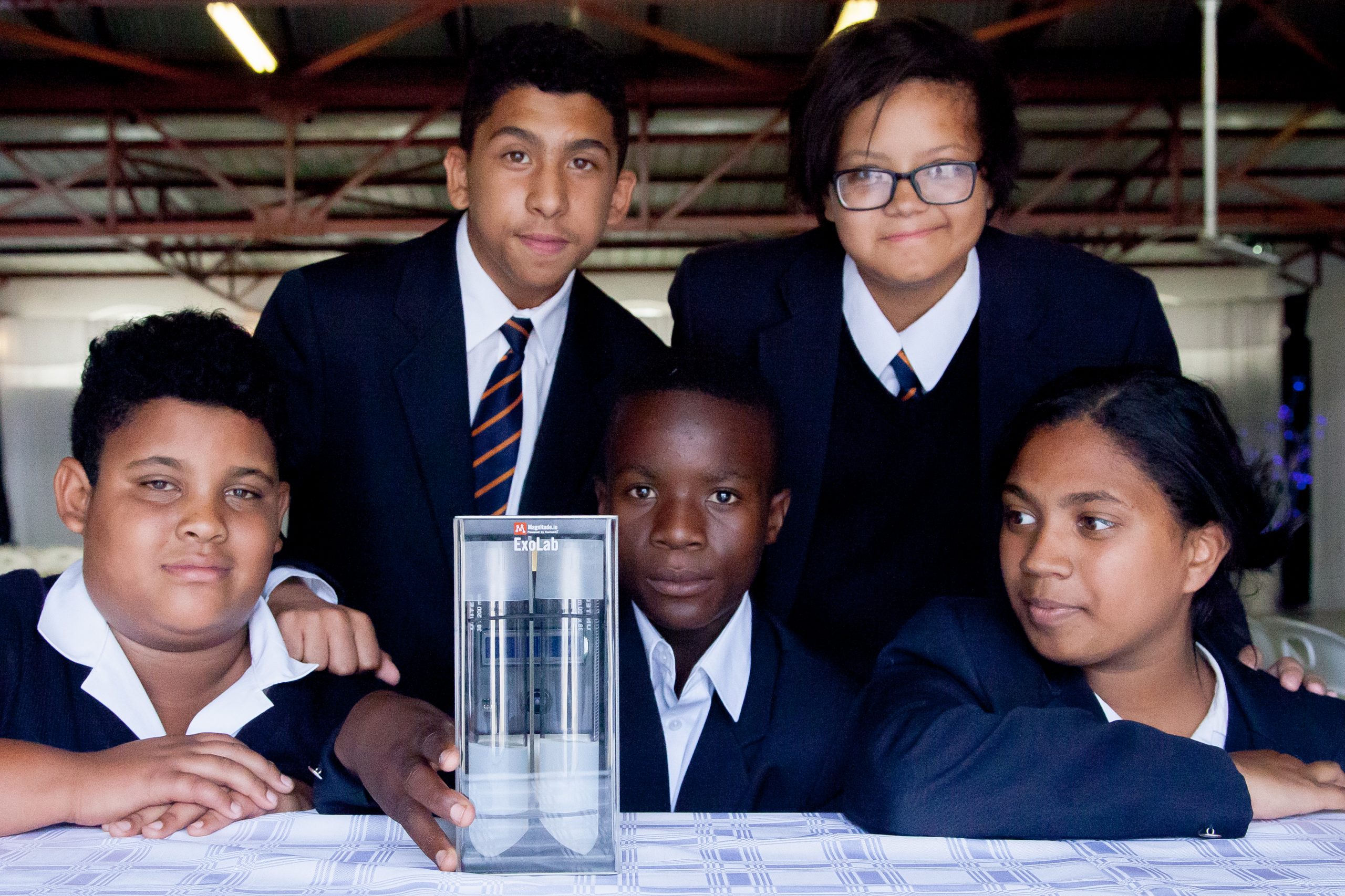 A network of students and teachers from across North America, Europe, and Africa have analog ExoLabs in their classrooms. The analog ExoLabs have the same growth volume as the ExoLabs in orbit and will provide the ground-control data necessary to assess the experimental data from flight. All participating students are co-investigators in the experiment and will make significant contributions to gaining an understanding of how this symbiotic relationship will function in microgravity.

As students follow the growth and nodulation of the classroom plants, they are able to compare photographic images and data about the environmental conditions within the in-orbit ExoLab alongside those of their classroom ExoLab. Postflight, root nodules will be assessed in terms of size, abundance, and whether they have developed the ability to fix nitrogen (convert dinitrogen gas into nitrate). RNA analysis and microscopic comparisons of the flight and Earthbound plants are also planned. ExoLab supports collaboration between multiple classrooms conducting the same experiment and sharing access to a single in-orbit ExoLab, greatly increasing the access to space-based investigations by students. 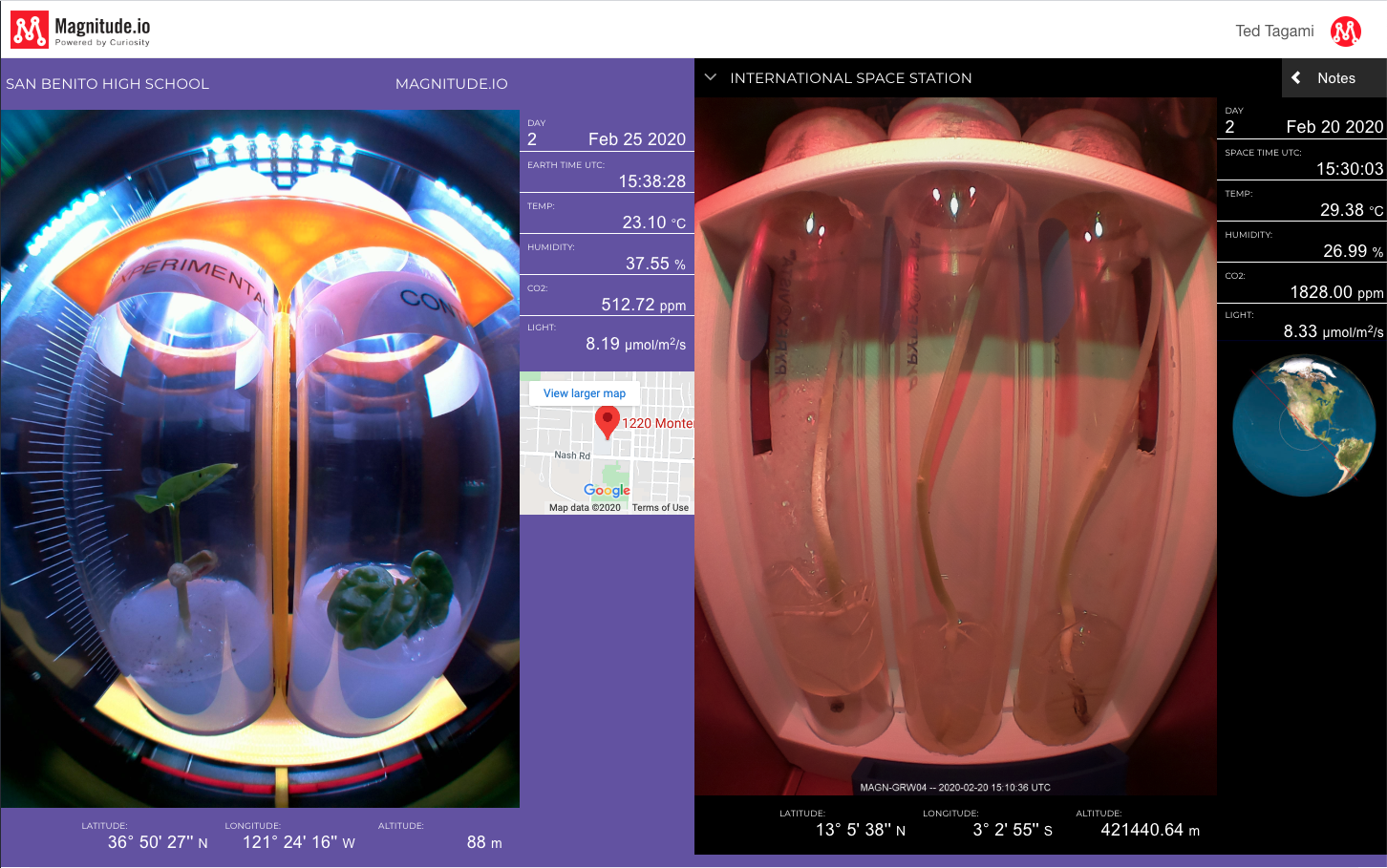