Looking at Liquid Motion in Microgravity 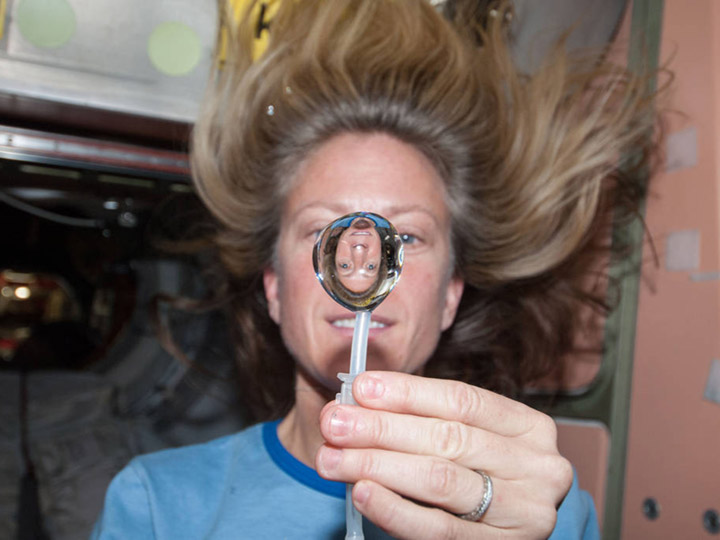 NASA astronaut Karen Nyberg, Expedition 36 flight engineer, squeezes a water bubble out of her beverage container, showing her image refracted, in the Unity node of the International Space Station.

Although it is mesmerizing to watch large bubbles of liquid float around on the International Space Station (ISS), looking at liquid motion in microgravity is about more than just aesthetics—it has significant scientific benefits as well. Studying liquid motion onboard the ISS National Lab provides valuable insights into fluid dynamics that have important applications back on Earth.

In microgravity, liquids held together by surface tension can achieve sizes much larger than liquids on the ground. Additionally, when these liquids move, the motions are much slower than on the ground. On the ISS National Lab, scientists can study liquid motions that are small-scale and fast on Earth in an environment where the motions occur on a larger scale and at a slower pace, making optical imaging of the motions easier.

A team of scientists led by Cornell University researcher Dr. Paul Steen is leveraging the microgravity environment on the ISS National Lab to study inertial spreading, or the movement of liquid across a solid surface in such a way that liquid inertia and surface tension are the dominant competitors. Inertial spreading is critically important in many applications on Earth, including several manufacturing, agricultural, medical, and other industrial processes—and a better understanding of fast liquid movement across a solid surface could lead to improvements in these processes.

The research team’s ISS National Lab investigation, which was co-sponsored by the National Science Foundation (NSF), is expected to launch later this year. Steen and his team recently described their research, including their upcoming investigation on the ISS National Lab, in a journal article in the Proceedings of the National Academy of Sciences of the United States of America (PNAS).

On the ground, the team has been able to observe the motion of immobile droplets and confirm several predicted frequencies and shapes. However, it is much more difficult to study partially mobile droplets because the droplets are so small and move so quickly that their movement is difficult to measure. This is why studying liquid motion on the ISS National Lab is beneficial—in microgravity, the research team can increase the size of the droplets, and the motion of the droplets is slower, making measurement easier.

The team’s ISS National Lab investigation will include two setups. The first will induce movement in a droplet of liquid on a surface using a platform that is vibrating up and down. The second will induce movement in two droplets of liquid on a surface using a third droplet to coalesce, or bring together, the two droplets. Video cameras on the ISS will record the motion of the droplets.

By examining droplet motion on the ISS, Steen and his team aim to measure droplet mobility to validate their predictions and gain a better understanding of inertial spreading. The team also hopes to observe several new motion elements that they have been unable to observe on the ground.

Knowledge gained from this investigation has many important applications back on Earth. For example, inertial spreading is a fundamental process involved in immersion lithography—an important technology in the manufacture of semiconductor chips that has enabled faster computer processors. Insights into inertial spreading resulting from this investigation could lead to improvements in immersion lithography that could help reduce the number of defects in semiconductors manufactured today.

For more information about the research being done by Steen and his team, view this article and video from Cornell University. 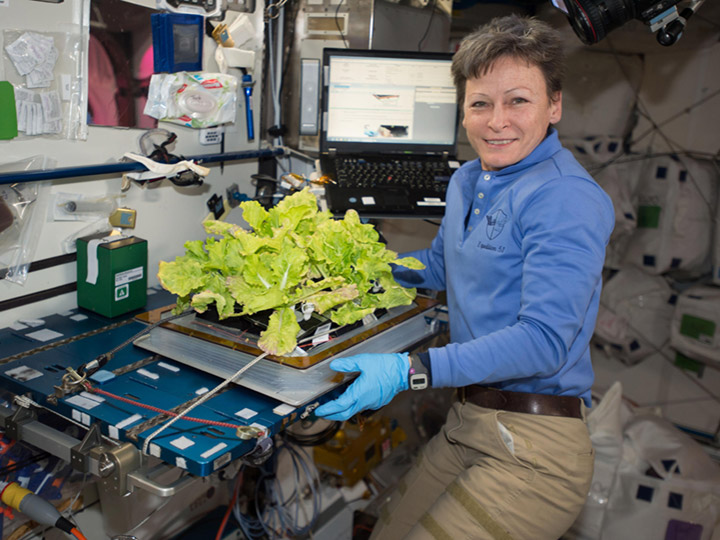 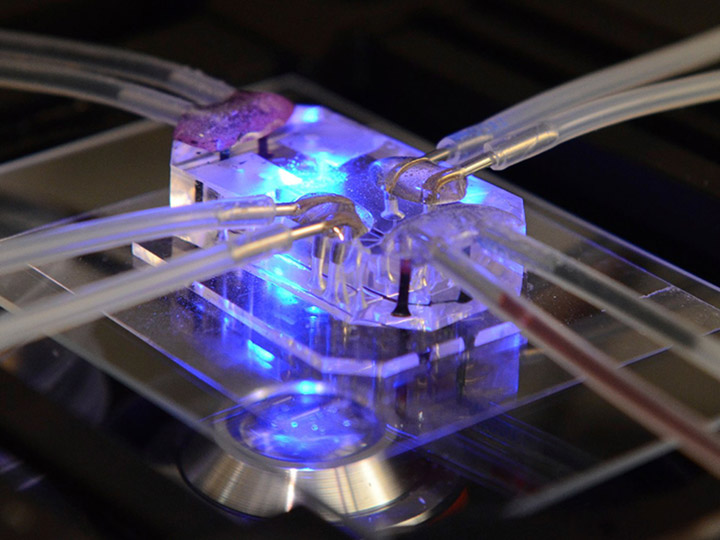