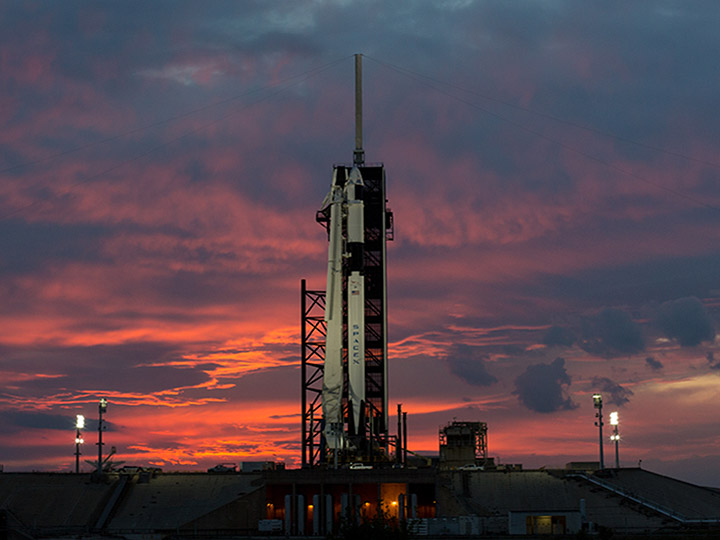 A SpaceX Falcon 9 rocket with the company's Crew Dragon spacecraft onboard is seen at sunset on the launch pad at Launch Complex 39A as preparations continue for the Demo-1 mission, Friday, March 1, 2019 at the Kennedy Space Center in Florida. The Demo-1 mission launched at 2:49am ET on Saturday, March 2 and was the first launch of a commercially built and operated American spacecraft and space system designed for humans as part of NASA's Commercial Crew Program. The mission will serve as an end-to-end test of the system's capabilities.

The International Space Station (ISS) is arguably humankind’s greatest technical achievement—an orbiting platform in low Earth orbit where astronauts have lived and worked continuously for more than 19 years. In 2011, when NASA retired the Space Shuttle Program, Americans lost the ability to send astronauts to the ISS from our own soil, relying on our Russian partners to transport these brave explorers to space. However, this is about to change.

With the emergence of NASA’s Commercial Crew Program, two companies (The Boeing Company and SpaceX) plan to launch vehicles to the space station from U.S. soil. These missions will not only have great impact on the general space community but will also help drive greater capacity for science onboard the orbiting laboratory.

Saturday marked SpaceX’s inaugural flight in the Commercial Crew Program, with the successful launch of the SpaceX Crew Dragon spacecraft for the Demo-1 uncrewed flight test to the ISS. This mission will serve as a full demonstration of the spacecraft and its systems.

Both NASA and the ISS National Lab work in partnership to fully utilize the U.S. research capacity of the station to benefit exploration and life on our planet. How will the Commercial Crew Program impact research onboard the space station?

Both the Boeing CST-100 Starliner and the SpaceX Dragon Crew spacecraft will have the ability to carry at least four astronauts each time they launch new crew members to station. This will allow an additional astronaut to join the other crew members on the ISS. Traditionally, the space station has housed a full allotment of six astronauts (the Russian Soyuz vehicle can presently transport up to three astronauts at a time), and the Commercial Crew Program will increase that number by one. Doing so will enable…

The number of hours ISS crew members can dedicate toward research will increase. A typical day for an astronaut includes numerous goals and objectives, from routine maintenance of station to exercise and assisting in research investigations. With an additional astronaut on the ISS, crew members will have far more time available to support research projects. It is estimated that crew time for science will nearly double once the Commercial Crew Program is successfully sending astronauts to station. Additionally, as early as 2020, new launch vehicles will be sending more science to station, which could lead to…

The ISS National Lab is driving research initiatives that have the capacity to benefit life on Earth. Through working with Fortune 500 companies, innovative startups, non-NASA U.S. government agencies, and academia, the ISS National Lab enables groundbreaking science in space to improve the lives of people back on the ground. Having more crew time dedicated toward research, and eventually more visiting vehicles ferrying more science than ever before, will set the foundation for further innovations that will have far-reaching ramifications on our planet—all because of science in space.

To learn more about the research managed by the ISS National Lab, please visit www.ISSNationalLab.org. 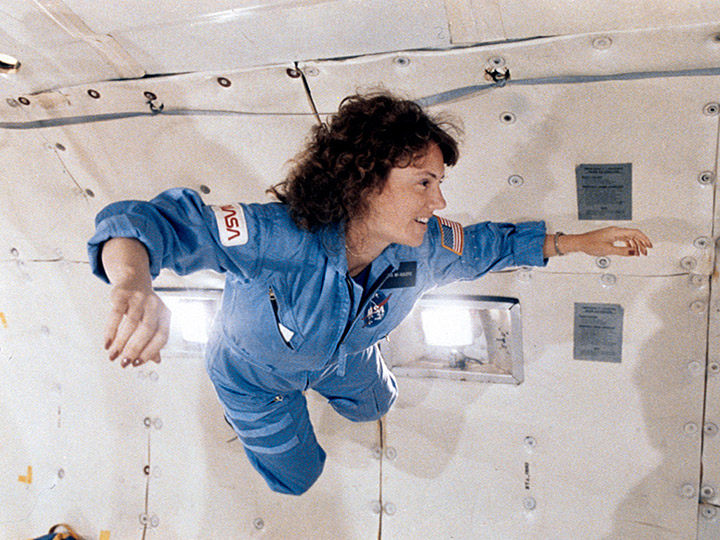 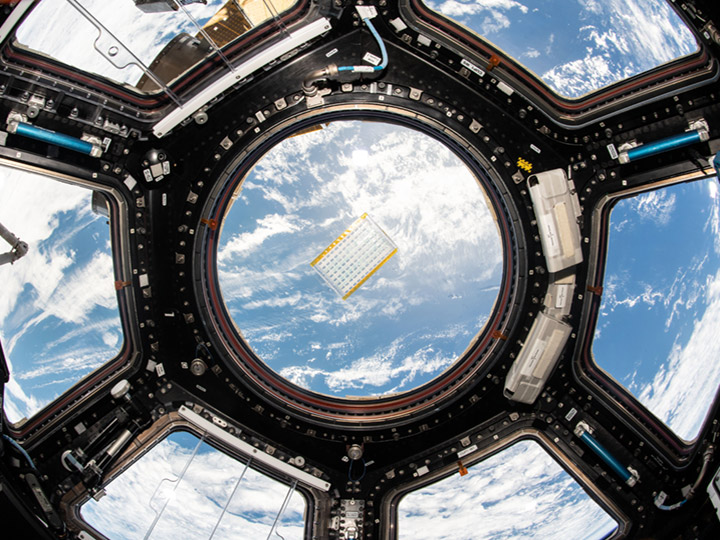