KENNEDY SPACE CENTER, FL. (June 22, 2012) – The Center for the Advancement of Science in Space (the ISS National Lab), the nonprofit organization managing research on the International Space Station (ISS) U.S. National Laboratory, today unveiled a new brand identity, including a new logo, to reflect the growth of the organization and its efforts to expand research opportunities onboard the ISS.

The new the ISS National Lab logo consists of a blue and green geodesic dome, a symbol harkening back to the dawn of the space era, while still an icon for today’s scientists, engineers and technologists. The blue and green color scheme represents the Earth, the ultimate beneficiary of the research the ISS National Lab manages, while the white lettering and distinctive “A” symbolizes the ISS and the vehicles that will bring science to and from Station.

Since being awarded the contract to manage the ISS National Lab last August, the ISS National Lab has grown to more than 25 staff and is currently developing research opportunities in life sciences, material sciences and observational sciences for 15 companies, institutes and scientists. Several projects are expected to be announced in the coming weeks.

In addition, the ISS National Lab is facilitating funding for some NASA-approved projects. It has already signed contracts with hardware manufacturers and software designers to enhance the capabilities of the Station and help scientists fly their projects and conduct their research. Solicitations for projects in biological sciences and observational projects will be released starting next week.

The new brand identity can be found at www.issnationallab.org. 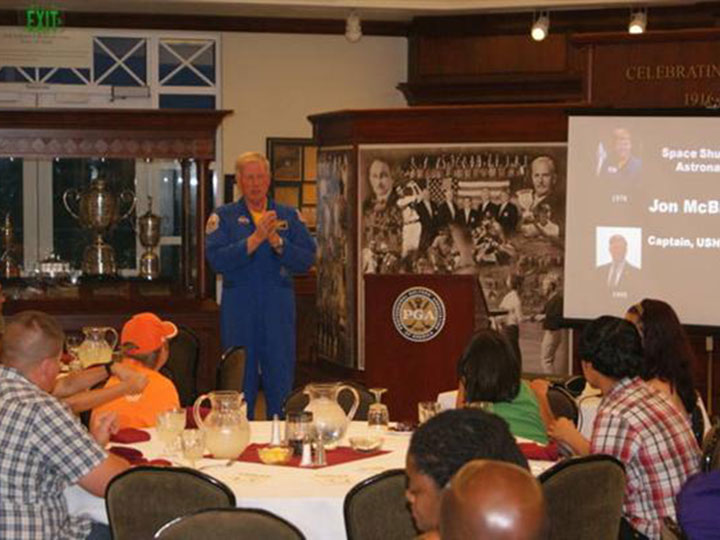