KENNEDY SPACE CENTER, FL. (September 23, 2014) – The Center for the Advancement of Science in Space (the ISS National Lab) is proud to announce its research payloads berthed with the International Space Station (ISS) on Tuesday, September 23. Space Exploration Technologies Corporation’s (SpaceX) Dragon capsule successfully berthed with the ISS, marking the completion of its launch to resupply the ISS with cargo and research. the ISS National Lab is tasked with managing and promoting research onboard the ISS U.S. National Laboratory.

As part of a matching Grant Agreement with the ISS National Lab/NASA and the Small Business Innovation Research (SBIR) program, a bone densitometer (which measures bone density—the same technique used on Earth to diagnose and monitor osteoporosis patients) is being deployed for on-orbit animal research.

This tool will complement the new rodent habitat, also new to the ISS. The rodent habitat will be capable of transporting animals for long-duration experiments, which will allow the study of space effects on body systems, including bone loss studies that will use the densitometer. Such research may yield important insights into mechanisms of and treatments for bone loss.

The COBRA PUMA Golf project will examine a variety of coatings and metals used in golf products, and the differences in bonding, strength, and weight of the resulting materials will be analyzed in a microgravity environment.

Better understanding the underlying processes involved in these various materials will help to optimize the development of stronger and lighter alloys on the ground.

This project will use a yeast-based experimental system to study cancer drug mechanisms and side effects at the cellular level. The space station environment alters the metabolism of yeast differently than ground-based investigations under the influence of gravity. Distinct results from spaceflight investigations supplement terrestrial research and provide novel information about critical cellular functions.

Almost 40% of human genes are also found in yeast, including genetic instructions ordering cells to grow and divide. ISS findings may lead to diversified uses for existing treatments (”drug repurposing”) as well as the development of new anti-cancer drugs.

This investigation focuses on growing crystals of three proteins that are involved in Salmonella infection, peptic ulcer disease, and multi-drug resistance, as well as proteins that can serve as indicators of heart attack and liver disease.

Potential benefits from this investigation may include a better understanding of the function of these proteins as well as improved drug design based on the structure of proteins involved in disease.

This project is a multi-user payload sponsored in collaboration with NASA and the ISS National Lab. The the ISS National Lab-sponsored portion of the payload will explore the molecular basis of muscle atrophy caused by extended microgravity exposure from spaceflight by examining a transgenic mouse model.

The Novartis goal will be to learn more about muscle wasting to help patients that are at risk for muscle atrophy.  Novartis will assess changes in mouse muscles including muscle mass, muscle fiber size and type (fast vs. slow), and protein/gene expression in in-flight, wild-type and transgenic mice compared with ground-based controls. The broader goal is to make use of the International Space Station as a laboratory for the discovery of novel molecular targets to develop treatments for patients afflicted by muscle loss in aging and chronic disease.

“Congratulations to SpaceX for their successful launch and berthing to the International Space Station, delivering a diverse set of the ISS National Lab-sponsored payloads,” said the ISS National Lab President and Executive Director Gregory H. Johnson. “From life and materials sciences, academic to commercial and advanced hardware capable of enabling groundbreaking discoveries, the ISS National Lab is continuing to broker inquiries capable of improving life on Earth.”

To learn more about research onboard SpaceX-4, please visit:

3-D Printer Video Featuring Made In Space and NASA: https://www.youtube.com/watch?v=8ex481nHY7k&list=UUezcn0GHbLgOkZ85oV5xqZA 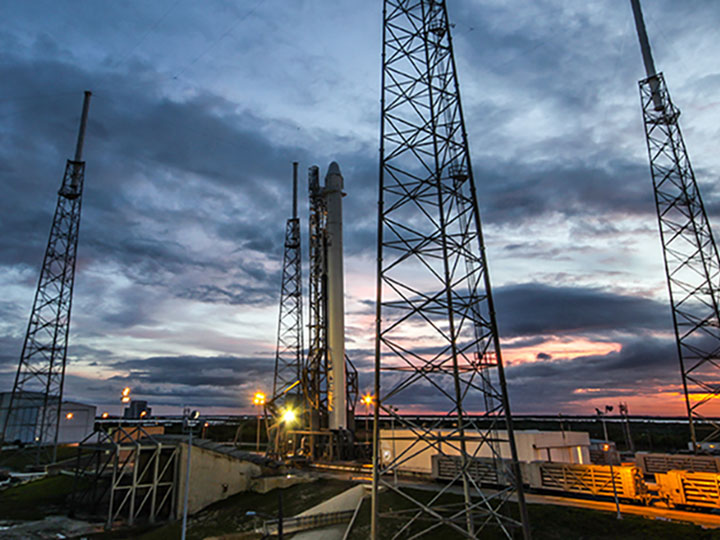