Boeing and the ISS National Lab Award $500,000 for Microgravity Research through MassChallenge

BOSTON, MA (Nov. 6, 2017) – The Center for the Advancement of Science in Space (the ISS National Lab) and Boeing [NYSE: BA] have again joined forces to promote the use of the International Space Station (ISS) as an orbiting laboratory capable of producing cutting-edge research across numerous scientific disciplines. The two organizations on Nov. 2 granted a total of $500,000 to three microgravity research companies through startup accelerator MassChallenge™.

The awards to Cellino Biotech, Guardion Technologies, and MakerHealth mark the ISS National Lab and Boeing’s fourth year of collaboration on the “Technology in Space” prize at MassChallenge Boston.

the ISS National Lab is the nonprofit organization responsible for managing and promoting research onboard the ISS U.S. National Laboratory. Boeing is the ISS prime contractor, responsible for designing, building and processing the American modules and the integrated truss system that powers the station, for sustaining engineering, and for processing experiment and systems racks for launch, installation and operation.

This year’s winning projects had to incorporate science or technology initiatives that would effectively use and benefit from ISS National Lab capabilities. the ISS National Lab will continue to work with additional MassChallenge “Technology in Space” proposers to build on their ideas and potentially transform them into flight-ready projects.

Below are the 2017 recipients of the “Technology in Space” award:

The goal of this proposal is to gene-edit induced Pluripotent Stem Cells (iPSCs) using Cellino Biotech’s platform, NanoLaze™, on Earth and then investigate their proliferation under microgravity on ISS to show enhanced stemness of the cells. This data would unlock the potential to generate the 200 to 500 million stem cells necessary for a cell-based therapy, which is not possible with currently available stem cell technologies on Earth. Cellino will use its proprietary NanoLaze™ platform to deliver a powerful gene-editor, CRISPR/Cas9, to iPSCs. Maximizing stemness in microgravity would enable Cellino and therapeutic partnering companies to supply more patients with universal cells to treat critical genetic diseases such as Alzheimer’s, Parkinson’s, and hemophilia, which are among the estimated 6000 genetic diseases in existence, of which 95 percent have no approved therapies.

Guardion Technologies is developing miniaturized ionizing radiation detectors, which can be deployed in large numbers to provide real-time monitoring networks for interrogating possible radioactive sources.  Such networks will enable early and/or remote detection of possible radiological threats, and serve as a highly effective triage mechanism for emergency responders.  At the core of the miniaturizable detection technology is a novel patent-pending process that utilizes quantum properties of certain nanomaterials such as carbon nanotubes, graphene, and other atomically-thin materials such as monolayers (2D). Guardion hypothesizes that convection-free synthesis of 2D materials in microgravity will result in samples with greater crystallinity, higher electronic mobility, and lower electronic noise, which will enable an enhanced signal-to-noise ratio of these detectors.

MakerHealth has created the AmpliRxTM modular biochemical manufacturing platform that enables distributed, affordable, and scalable production of medications. The MIT-developed innovation includes a first-in-class membrane-to-membrane continuous flow reactor system that can operate without pumps or advanced instrumentation and runs using minimal power by using proprietary modular Ampli blocks that connect to each other to form reaction-to-reaction pathways. Gravity and, subsequently, evaporation play an adverse role to fluid flow and reaction reliability of membrane-based chromatographic flow. While previous work has been done to understand the effects of microgravity on the separation of substances, the AmpliRx platform focuses on fusion-based reactions of substances during organic synthesis and bioprocessing reactions. Experiments in a microgravity environment will inform our understanding of and help to optimize membrane material properties and geometries. Mitigating these adverse forces will be beneficial to increasing the spread rates and reliability, thus, decreasing reaction times within our platform.

Final award of any grant money is contingent upon acceptance of legal terms and conditions between recipient, the ISS National Lab, and Boeing. To learn more about the MassChallenge Accelerator program, visit: http://masschallenge.org/accelerator.

About MassChallenge: MassChallenge is the largest-ever startup accelerator and the first to support high-impact, early-stage entrepreneurs without taking any equity. Its four-month accelerator program offers world-class mentorship, free office space, cash awards, and up to $10 million through in-kind support. MassChallenge alumni have collectively raised over $1.8 billion in outside funding, generated nearly $700 million in revenue, and created over 60,000 jobs. masschallenge.org

Since 2011, the ISS National Lab portfolio has included hundreds of novel research projects spanning multiple scientific disciplines, all with the intention of benefitting life on Earth. Working together with NASA, the ISS National Lab aims to advance the nation’s leadership in commercial space, pursue groundbreaking science not possible on Earth, and leverage the space station to inspire the next generation. www.issnationallab.org

About Boeing’s Role in Human Space Exploration: Boeing’s work as NASA’s prime contractor for the International Space Station program maintains the station’s role as an orbiting laboratory capable of producing cutting-edge research across numerous scientific disciplines. Boeing will begin flying astronauts to the station next year aboard the CST-100 Starliner, a spacecraft developed by Boeing in partnership with NASA’s Commercial Crew Program that will give America its first human-rated space transportation vehicle since the retirement of the space shuttles in 2011. Boeing also is building the core stage of NASA’s Space Launch System, a rocket powerful enough to lift astronauts and spacecraft to destinations beyond Earth orbit, such as lunar orbit and Mars. For more information on Boeing, visit www.boeing.com. Follow us on Twitter: @Boeing. 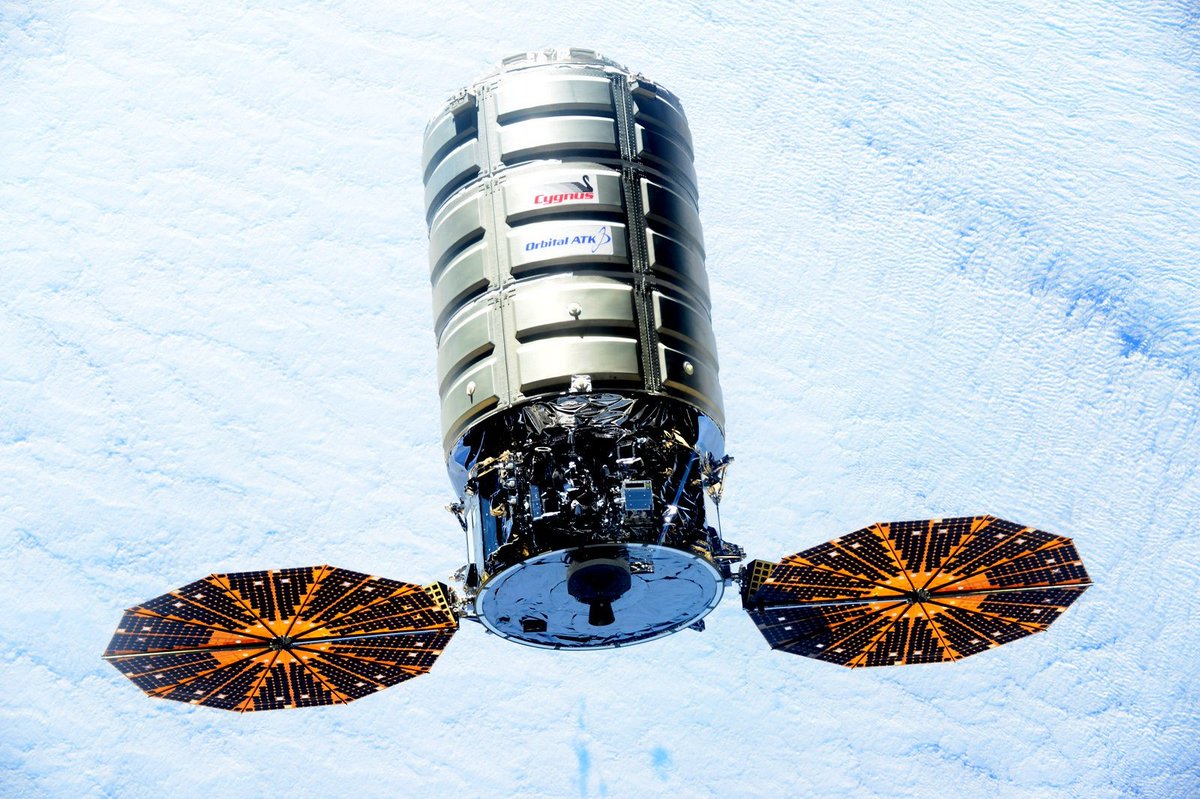