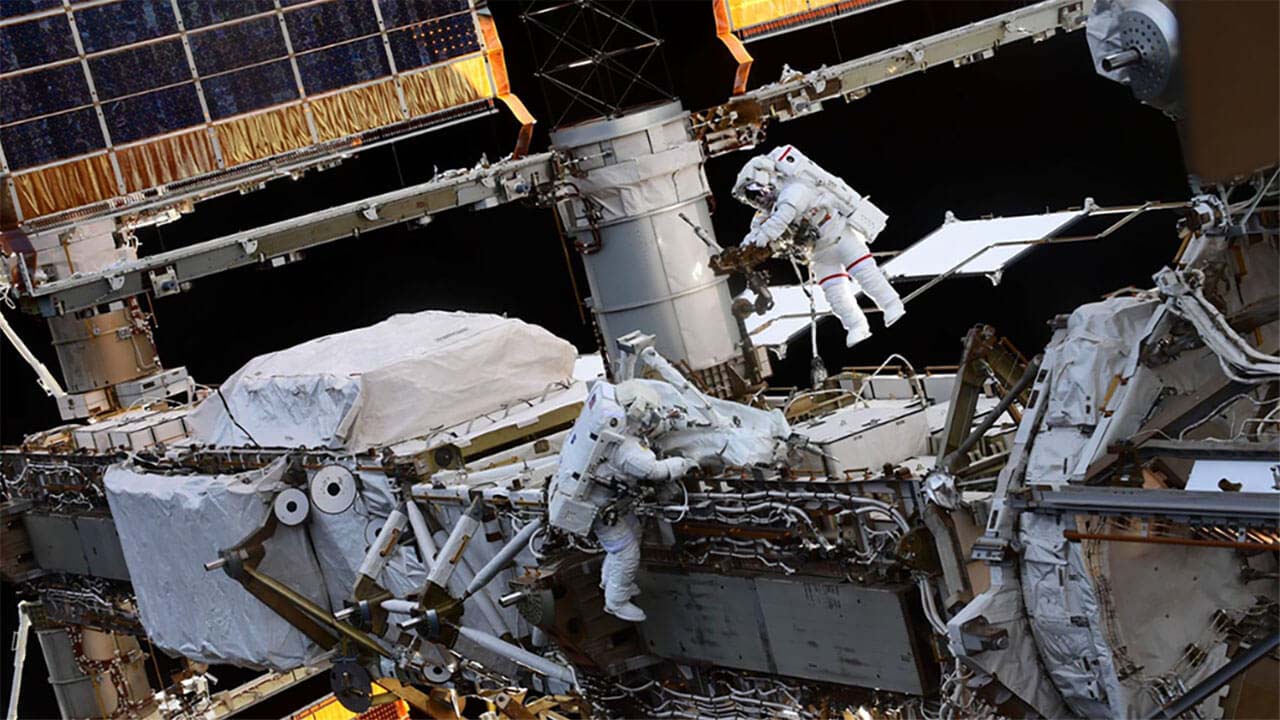 Imagine putting on a virtual reality (VR) headset and finding yourself floating in space. With the Northern Lights undulating above, you move toward the International Space Station (ISS) and drift right through the hull. You are part of the crew now, watching as your fellow crew mates gather around the dinner table, conduct science experiments, or get ready for a spacewalk. You make your way to the station’s giant window—the cupola—and gaze down as the Earth spins below.

Felix & Paul Studios is bringing this experience to people across the U.S. through “Space Explorers: The Infinite,” a traveling VR exhibit that allows viewers to immerse themselves in the hustle and bustle of life onboard the ISS. Through a project sponsored by the ISS National Laboratory, Felix & Paul Studies captured footage onboard the space station using specialized VR camera systems designed to work in microgravity. The footage was first used in the Emmy-winning VR series “Space Explorers: The ISS Experience” produced by Felix & Paul Studios in association with TIME. Space Explorers: The Infinite takes it one step further, really allowing viewers to see through the eyes of an astronaut as they move through the ISS.

Space Explorers: The Infinite debuted in Houston before moving on to Seattle and now the San Francisco Bay Area. At the exhibit, viewers are outfitted in a VR headset that transports them 250 miles above the Earth amid the cutting-edge technology and awe-inspiring views of the world’s only orbiting laboratory. The experience provides an intimate look at the daily lives of astronauts onboard the ISS as they tackle various physical, technical, and philosophical challenges of life in space.

Immersed in the Space Station

The experience takes viewers through a full-scale model of the space station that’s adorned with glowing virtual spheres, each containing its own 3D video scene. As you walk through the ISS, you touch the spheres to be taken into the different scenes. Some include dialogue between astronauts that feel like they are right in front of you. Organized into four sections or chapters, Space Explorers: The Infinite focuses on adapting to the space environment, doing the work of space exploration, cooperating with international partners, and looking ahead to the future. The whole experience is timed, and with just more than 30 minutes to explore the station, it’s difficult to see it all during one walk through.

“Being able to see the Earth was the best part,” said Julie Erhardt, a viewer of Space Explorers: The Infinite in Seattle. “I mean, I love to watch [the astronauts] throw apples and eat and, you know, all that stuff—and it was fun to watch how hard it was—but seeing out the windows was amazing.”

Erhardt said that the experience gave her new appreciation for how difficult it is to do everyday tasks in microgravity. “After seeing what they have to go through, there’s no way I could do that.”

Tanner Gutierrez, who also viewed Space Explorers: The Infinite in Seattle, agrees. “It was amazing, and it was nice to get the perspective of being an astronaut without actually having to be there,” he said. “It was nice to really see what they have to go through and be able to respect them on a very deep level.”

Gutierrez and Erhardt said viewing Space Explorers: The Infinite once is not enough to see it all. “We’ve done this multiple times, and it’s just so incredible,” Gutierrez said.

Japan Aerospace Exploration Agency (JAXA) astronaut Akihiko Hoshide, who is featured in the pièce de résistance of Space Explorers: The Infinite—a spacewalk filmed in cinematic VR, capturing the feat with heart-pounding realism—said the experience helped his family connect with his time on the space station. “They were so excited and wanted to experience it all,” he said. “I wanted to make sure they had time to experience the spacewalk.”

Producers filmed the spacewalk, which was the first U.S. spacewalk performed by two international partners, through a specialized 360-degree camera that was designed to withstand the rigors of spaceflight and the harsh environment of space. Mounted to the station’s robotic arm, the camera followed Hoshide and fellow astronaut Thomas Pesquet of the European Space Agency (ESA) as they maneuvered outside the ISS to install a support bracket for a new set of solar arrays. Through Space Explorers: The Infinite, viewers can watch the spacewalk as if they were right there, working alongside the astronauts.

“This experience was like nothing I have ever experienced—it was breath-taking,” said Gabriel Brown, another visitor to the exhibit. “[These types of exhibits] are important for the public to engage with exploration.”

Gutierrez and Erhardt agreed. “What we just did is fascinating and exciting,” Erhardt said. “It’s important for people to know how hard it is to be an astronaut, and this just put it into perspective. It was amazing to be part of that, to feel what they feel and see how they live.” 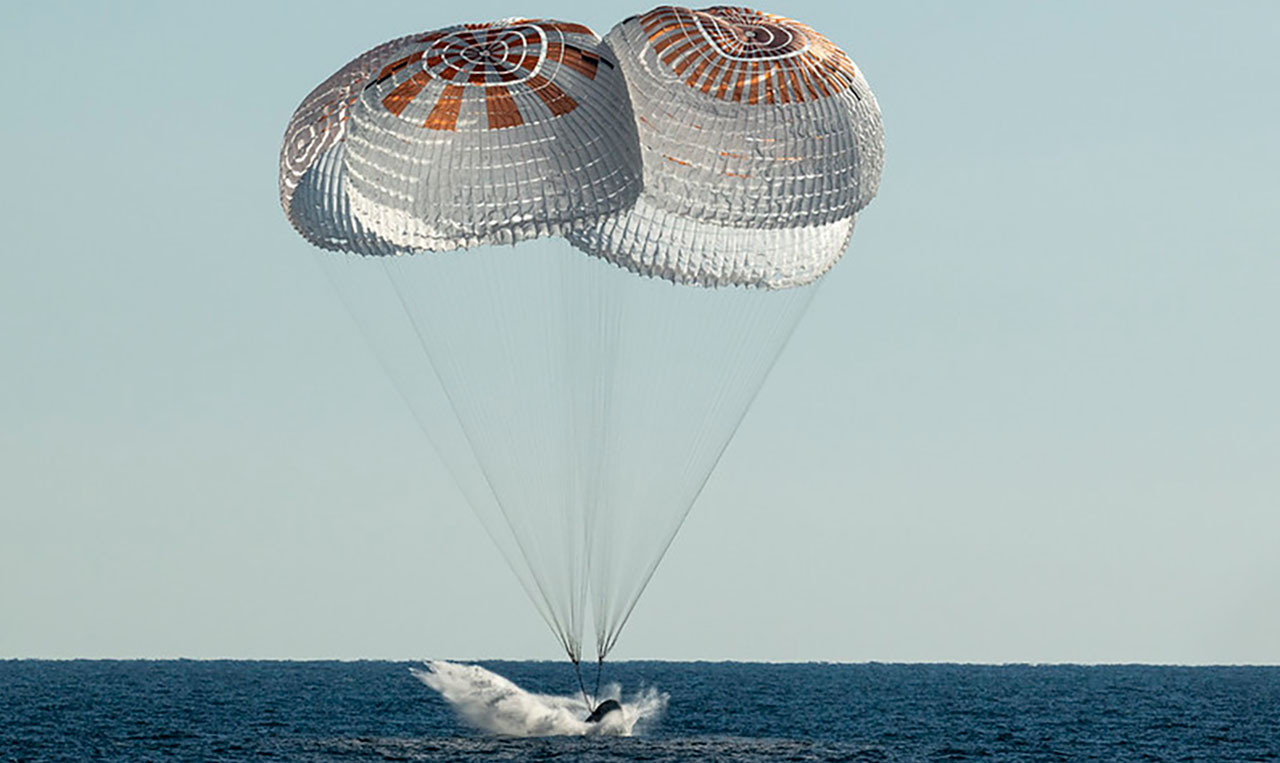 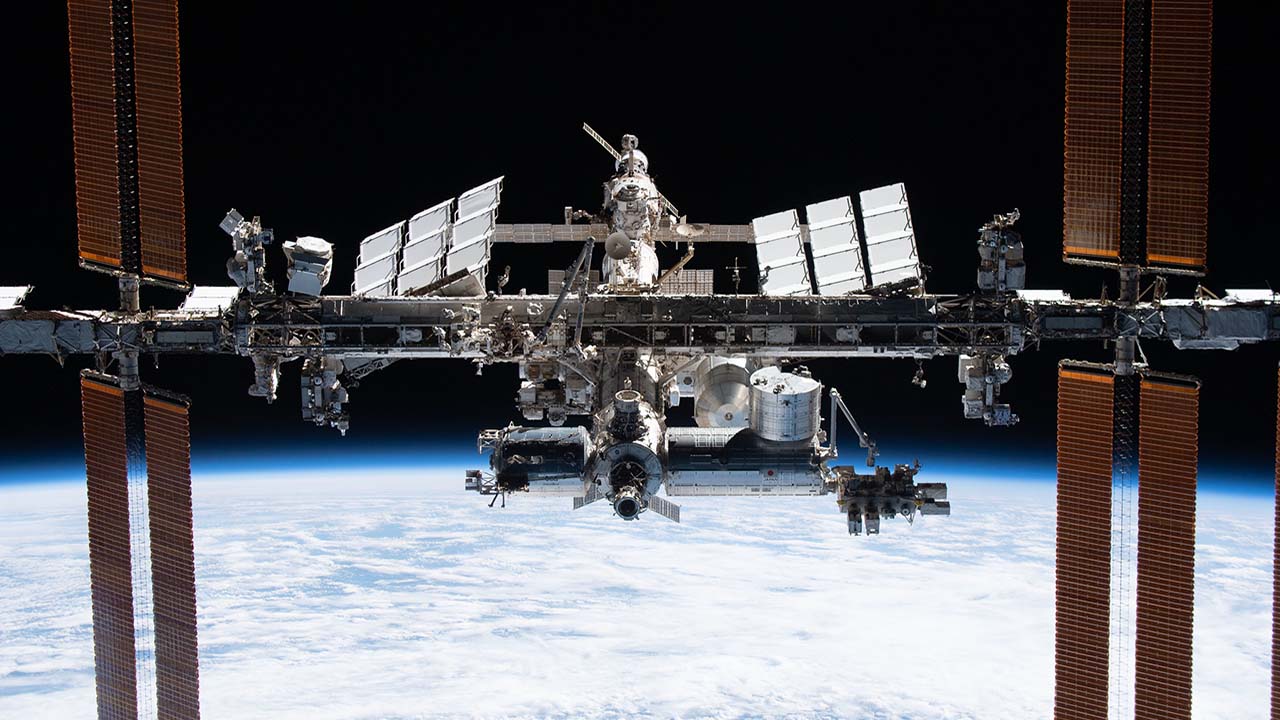