A Prize for the Whole World 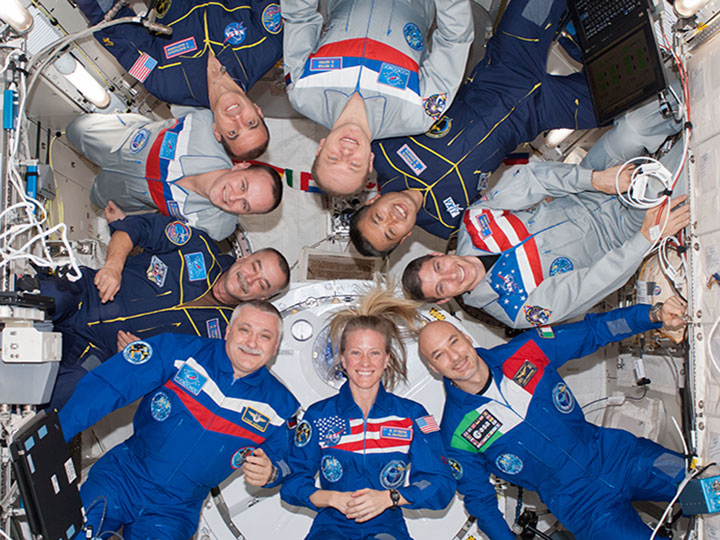 The International Space Station is truly a testament to the power of human endeavor, perseverance and global cooperation. Together with 15 nations and 5 major space agencies, this cutting-edge facility was completed in orbit in 2011. After 15 years and over 135 supporting flights since its first modules mated in space, the ISS flies in orbit as an ongoing tribute to the synergy the international community can achieve when it puts its collective mind to the task.

This month, a praiseworthy effort by an equally diverse international group of collaborators resulted in something incredible. The collaborating agencies that made the ISS a reality have received multiple nominations for the 2014 Nobel Peace Prize, in advance of the February 1 submission deadline. At least one large-scale effort for getting the ISS on the nomination list was heralded by Noble Laureate and former Vice President of the United States Al Gore. Mr. Gore submitted a proposal to qualified nominators around the world asking for support in recognizing the peaceful international cooperation in space that this project promotes.

So, what’s the big deal? Why is this prize important and why should we care?

The vision for the ISS during inception was to promote discovery science, interdisciplinary cooperation in research and development, and enhancement of commercial and industrial use of space for the benefit of those of us here on Earth. Today, this facility operates as a continuous human outpost and unique environment for discovery as well as inspiration. When you remove gravity as a variable in research, you can observe underlying mechanisms that are difficult to study on Earth. The station provides researchers insight into fundamental scientific investigations and research areas that can enable commercial applications. Notably, the station provides invaluable capabilities for research in both the external and internal laboratories and virtually uninterrupted worldwide data and communication abilities.

The station itself represents an unprecedented engineering accomplishment. The ISS partnership is both awe-inspiring and innovative. Multiple contributors to the project are fledgling space-faring nations themselves. The participation of 68 additional nations in actively completing investigations in microgravity research is a testament to the human desire to explore and learn.

Space spinoffs as well as exciting research results continue to make headlines back here on Earth. Most importantly, this effort deserves recognition because right now, about 250 miles above your head, 6 humans from Planet Earth are dedicating their time to the peaceful international exploration of space and space research for you and for your family. The partners of the ISS project have truly created something rewarding and promising for our generation and the generations that follow.

This award is not about the monetary prize. In fact, when split up among all founding partners of the ISS, it is fairly small. Rather, should the ISS partnership be awarded the Nobel Peace Prize this year, the award will stand as a reminder of the achievements as well as the sacrifices and the struggles of continued human presence in space. Over the last 50 years, we have become a planet of space explorers, but if we lose global focus on the dreams of exploration instilled by our predecessors, we rob ourselves of the joy of discovery and greater innovation in the final frontier.

It is the hope of the nominators as well as the supporting organizations, including the ISS National Lab, Space Safety Magazine, IAASS and ISSF, that this award will lead to extended efforts in maintaining and supporting the life of the ISS and the work done by those aboard it. The future of the ISS is strong, with planned funding extending to 2024. As the mechanical components age in the coming years, it will require continued support for upkeep and to enable profitable utilization by all stakeholders. Often, the results from projects as grand as these are intangible. The ISS, however, provides a multitude of laboratory capabilities that have already provided researchers around the world the opportunity to expand their scientific knowledge, long-duration human spaceflight capabilities, and inspiration for exploration beyond low Earth orbit. It has been the single largest peace-time endeavor in human history and circles our planet today providing continual inspiration for a new generation of space explorers.

We will be waiting in suspense along with the rest of the world for the October announcement of this year’s Nobel Peace Prize winner. We will be rooting for the ISS Partnership and we hope in the intervening months that people from all walks of life and national origins will take the opportunity to learn how much we owe to this collaboration and the impact it has on our daily lives on Earth.