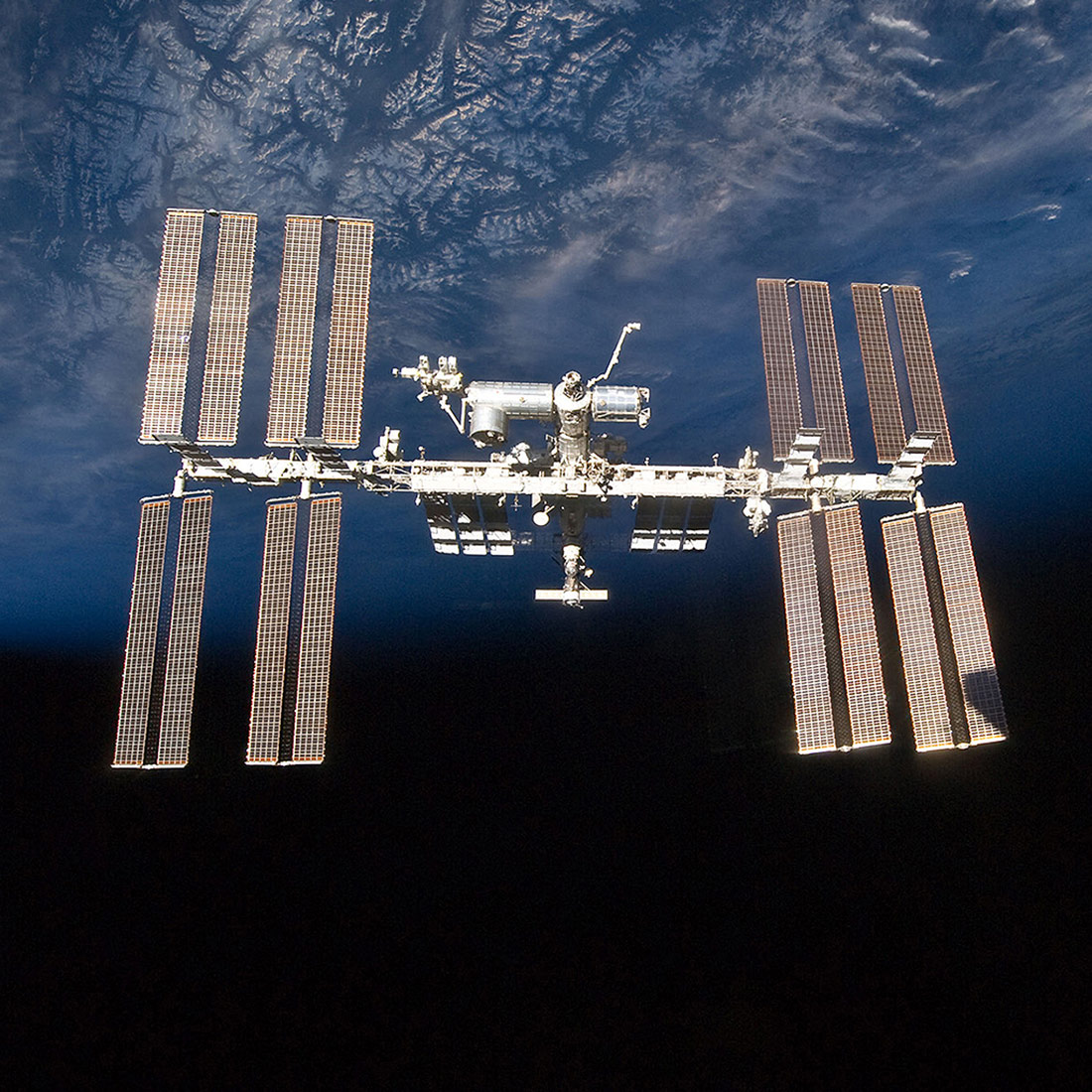 For the over 700 attendees (representing a 135% increase in attendance from last year) and thousands who watched the featured sessions through live-stream, the message was clear: The International Space Station (ISS) is open for business, and researchers/companies are taking advantage of this innovative, unique research platform.

The conference kicked off in high gear, with a much anticipated discussion between NASA ISS Program Manager Mike Suffredini and SpaceX CEO and Lead Designer Elon Musk. During the nearly one hour keynote discussion, Musk touched on the recent SpaceX CRS-7 anomaly and his feelings on the station as a research platform as well as fielding questions in front of a packed conference room.
Prior to Musk taking the stage, Suffredini gave his perspective on the growing commercial sector leveraging the ISS. Most notably, he mentioned how the ISS National Laboratory (Managed by the ISS National Lab) is fully leveraging its use of up to 50% of the U.S. portion of the station.

This is a testament to the the ISS National Lab team and its efforts in standing up a novel organization concept, educating the public and research community on station capabilities and opportunities, establishing a commercial market for station research, and ultimately manifesting, flying, and returning investigations from the station in the span of under four years.

The first major research panel focused on an area in which the ISS National Lab has made significant grant awards and seen commercial interest, protein crystal growth (PCG). In 2012, the ISS National Lab issued its first grant solicitation on PCG research, and one of the grant winners from that announcement, Dr. Joe Ng from iXpressGenes, joined the panel to discuss his huge successes in growing large crystals on the station. Additionally, Dr. Paul Reichert from Merck Research Laboratories provided an overview of his research and why the commercial sector has interest in space-based PCG.

At lunch on the first day of the conference, the Governor of Massachusetts, Charlie Baker, joined to celebrate the innovative spirit in and around the Boston area and to announce winners from the the ISS National Lab/Massachusetts Life Sciences Center “Galactic Grant” competition, in which MA-based life science companies had the opportunity to compete for up to $500,000 in grant funding to support flight projects destined for the ISS National Lab. The winning companies from this initial partnership included Nanobiosym, Inc. and Zaiput Flow Technologies, both located in Cambridge, MA.

After a series of technical breakouts highlighting research from enabling technologies, living in space, Earth observation/remote sensing and biological insights in space, the final session of the afternoon on Day 1 focused on the growth of the “new space” sector, and how businesses and entrepreneurs are looking to capitalize on this emerging market.

The second day of the conference focused initially on the ever-changing landscape of the station, not only from a user standpoint but also with regard to the enhancements taking place to ensure its place as a world-class facility keeping up with traditional laboratory advancements.

As we await word on the upcoming launch schedules for SpaceX and Orbital/ATK, there is heightened anticipation for stem cell research onboard the ISS, with the first series of the ISS National Lab-sponsored investigations intended to launch later this year. Stem cells and station research/ground experiments were headlined in a Wednesday morning session, and the ISS National Lab-funded researchers Dr. Chunhui Xu from Emory University and Dr. Robert Schwartz from the University of Houston outlined their research and how stem cell research in microgravity can provide insights into discovery science and regenerative medicine. In parallel, another session discussed the station as an orbiting laboratory capable of looking down at the Earth using a variety of imaging tools, toward better understanding of our planet, and serving as a catalyst for demonstrating commercialization of low Earth orbit.

During the lunch keynote, Aviation Week’s Senior Editor Frank Morring took to the stage to have a discussion with three separate commercial users of ISS. The purpose of the discussion was to better understand why commercial companies are interested in leveraging the ISS for their research initiatives and what they have learned about research to date.
Dr. Ken Savin from Eli Lilly started the conversation off by making the first public announcement that the Fortune 500 company intends to send four separate investigations to the station in an effort to enhance their products and improve patient health.

Dr. Lenore Rasmussen of RasLabs (Synthetic Muscle) and Jason Dunn from Made In Space (Designers of the first 3-D printer in space) also discussed their research and how it can enhance life on Earth and open new windows for station exploration and opportunity.

The final day of the conference began by focusing on the role of the space station for exploration purposes and included newly appointed NASA Deputy Administrator Dr. Dava Newman, NASA Chief Scientist Dr. Ellen Stofan, and NASA Chief Technologist Dr. David Miller. The panel provided a comprehensive look at how the station is a catalyst for activity beyond low-Earth orbit to Mars and beyond.

STEM education continues to be a major priority for the ISS National Lab. Inspiring the next generation of scientists and engineers to look beyond our horizons and think out-of-the-box to answer complex scientific questions. Thursday morning at the conference provided young researchers the opportunity to talk about their experiences in leveraging this unique learning platform and how it has changed their perspective on science and mathematics.

Most importantly, they discussed what the station has taught some of these students about life and setbacks:

Many who participated in the STEM panel had investigations that were lost on various launch vehicles over the past year, but they continue to be encouraged by knowing that they were a part of something special and that those experiences would not diminish their resolve and new-found affinity for space-based research.

After the morning sessions, the conference gathered for the lunchtime keynote, and the question was asked, “What’s better than an astronaut?” Well, two astronauts, right? NASA astronauts Dr. Karen Nyberg and Sunita (“Suni”) Williams took the stage to give an overview of their time in space and the lessons they have learned along the way to enable their ability to travel where few have gone before.

The lunchtime keynote was especially appropriate, because earlier that morning Suni Williams was named one of the four initial astronauts to test and train for the Commercial Crew Program.