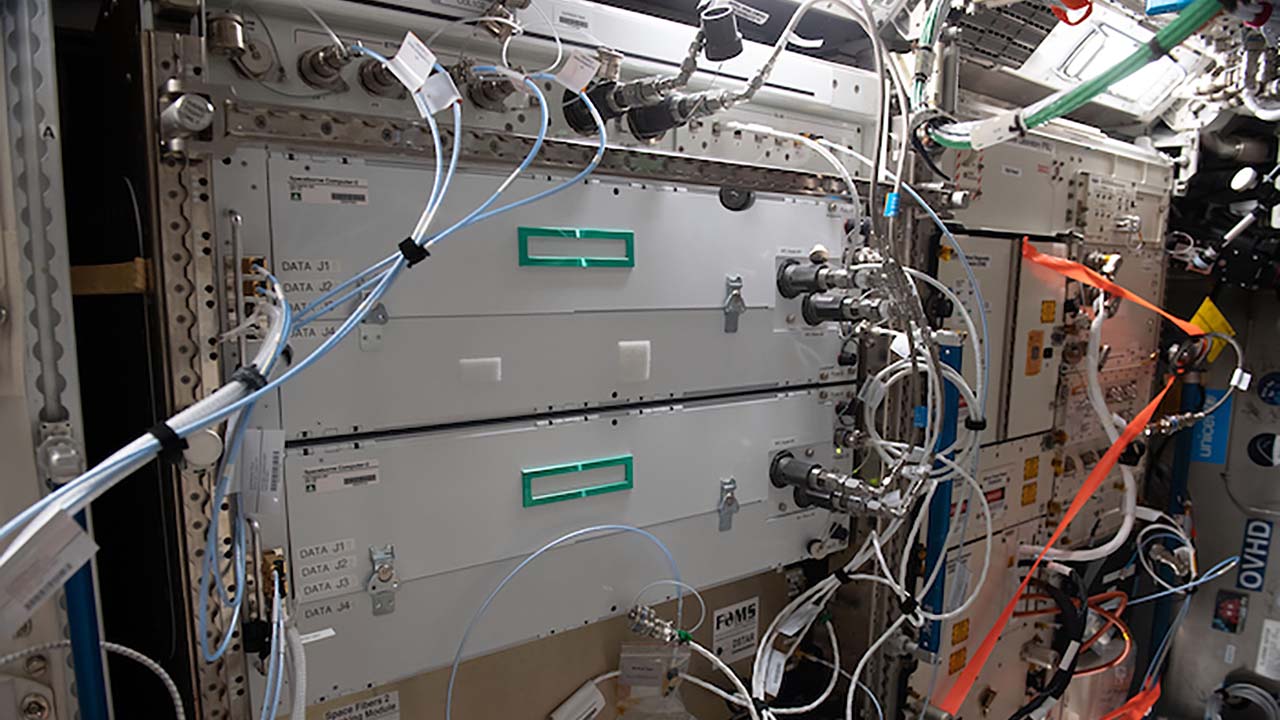 KENNEDY SPACE CENTER (FL), April 5, 2022 –Space-based computing has achieved a significant milestone by enabling investigators conducting an experiment onboard the International Space Station (ISS) to go from sample analysis to results while the experiment was on station. The ability to process data onboard the ISS drastically reduces the time required for investigators to get data and enables potential iteration of the research while the experiment is still in orbit.

Traditionally, very large files of raw data from ISS experiments are downlinked to Earth and processed via data centers before results are sent to the investigator weeks later. However, using the HPE Spaceborne Computer-2 (SBC-2) from Hewlett Packard Enterprise (HPE) onboard the ISS and a custom edge solution created and managed by IBM, investigators can now quickly process data in real time in space. They can even modify the experiment for additional trials during the same mission.

“The most important thing is the speed to get to the results, and that is what edge computing is all about,” said Naeem Altaf, IBM distinguished engineer and chief technology officer for space technology. “The goal is that wherever the data is being produced, you get the results right there.”

In a project sponsored by the ISS National Laboratory, HPE’s Spaceborne Computer-1 (SBC-1) successfully operated on the ISS for 1.5 years in the first long-term demonstration of supercomputing capabilities from a commercial off-the-shelf computer system on the space station. Building on what was learned from SBC-1, HPE launched SBC-2 to station last May with the goal of allowing real users to leverage the system for in-space data processing. Working together with IBM, this goal became reality.

The first investigation to use the in-space processing capability was an experiment from NASA examining bacteria on the space station. A swab sample was taken onboard the ISS and run through the MinION DNA sequencer on station. DNA sequencing produces large amounts of data, and processing that data is computationally intensive. The data generated by the MinION device was fed into a folder on HPE’s SBC-2. It was then automatically processed using IBM’s custom edge solution, which utilizes Red Hat CodeReady Containers. Within eight hours, the data analysis was complete, and the results file was sent to the NASA investigators on the ground, representing an exciting achievement.

Now that the capability for in-space data processing has been successfully demonstrated, it could be utilized by any investigator conducting research on the ISS. Investigators can easily develop and test their code from their ground-based labs using Red Hat CodeReady Containers on the IBM Cloud. The containerized code can then be pushed to the ISS, where the same system is running on SBC-2. Then, all that is needed is the data, and the system will automatically begin the analysis.

“IBM’s strategy is that you can build your code once and deploy it anywhere—whether that’s on an edge location on the Earth or in space—because the underlying platform is the same,” Altaf said.

In-space data processing will be crucial in the low Earth orbit economy of the future, enabling quicker results and iterative research and development. Additionally, space-based computing together with machine learning could enable automatic monitoring capabilities for a wide variety of applications, such as providing updates on astronaut health, the integrity of spacecraft, and the condition of plants being grown as a food source. The ability to process data off Earth will also be essential in our future exploration of Mars and beyond.

“How quickly you can get to the data that you need is important, and as we move toward going back to the Moon and to Mars, it will become even more important,” Altaf said. “You cannot wait that long for information to go to Earth and back—you need the analysis to be done right there.”

To learn more about the ISS National Lab and the science that it sponsors, please visit www.ISSNationalLab.org. 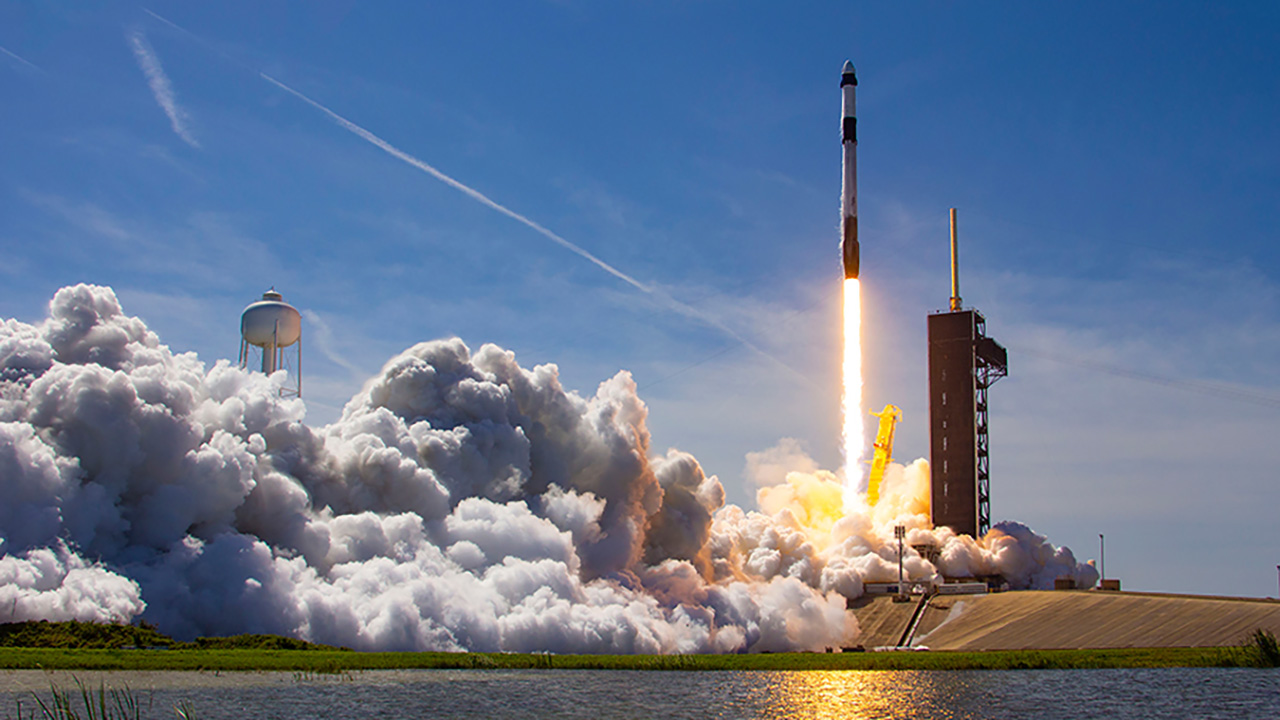 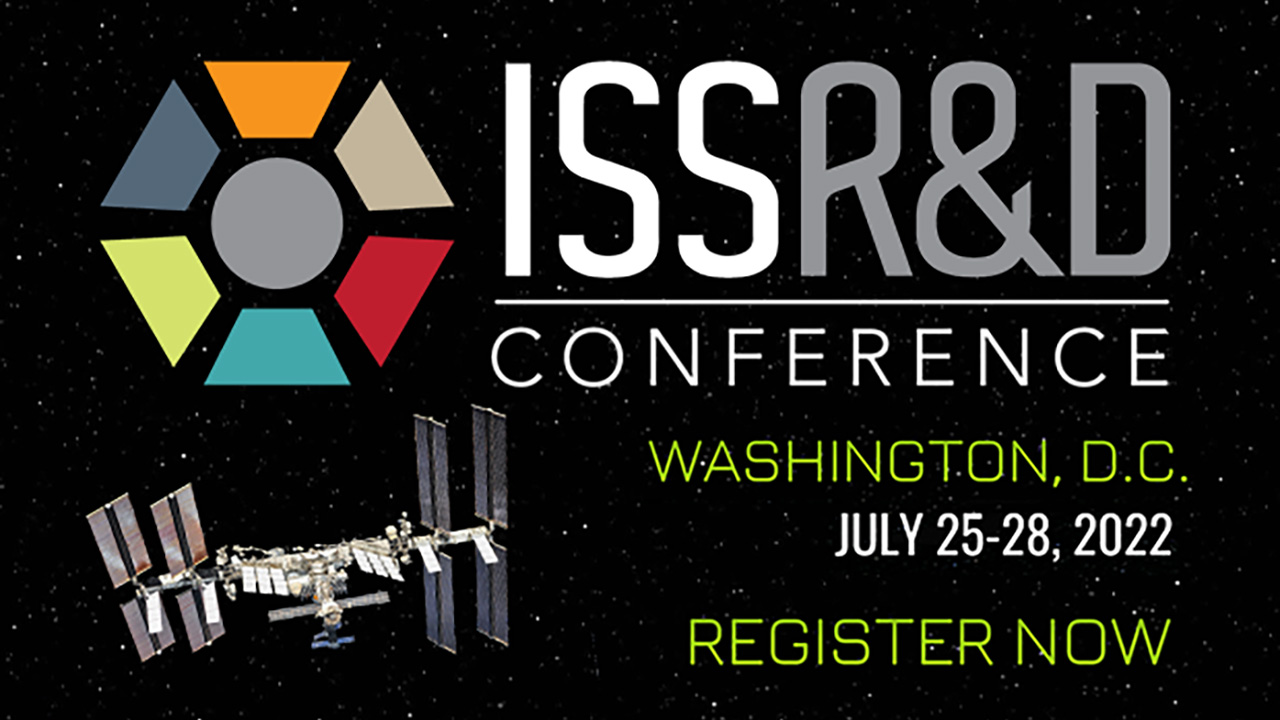