KENNEDY SPACE CENTER, FL. (November 6, 2014) – The Center for the Advancement of Science in Space (the ISS National Lab) and The Boeing Company (Boeing) awarded three entrepreneurial researchers financial support through the MassChallenge Startup Accelerator. In April, both entities announced their intention to collaborate on the “Technology in Space” sidecar prize through MassChallenge. the ISS National Lab is the nonprofit organization responsible for managing and promoting research onboard the International Space Station (ISS) U.S. National Laboratory. Boeing is the ISS sustaining engineering contractor responsible for the successful integration of vehicle and payload hardware and software for the orbiting laboratory.

MassChallenge is the largest-ever startup accelerator and the first to support high-impact, early-stage entrepreneurs without taking any equity. Its four-month accelerator program offers world-class mentorship, free office space, $1 million in cash awards, and up to $10 million through in-kind support. MassChallenge alumni have collectively raised over $360 million in outside funding, generated nearly $100 million in revenue, and created over 3,000 jobs since 2010.

Below is an overview of the projects awarded:

Larry Alberts of CamMed, LLC will examine the use of electrolysis to generate bubbles to improve methods of drug delivery and precision dosage control in CamMed’s “Evopump.” The Evopump is a small, bandage-like pump that can deliver medications directly through the skin. Examining bubble formation and release from an electrode in the low fluid shear environment on ISS will provide data relevant for multiple industries, including medical device manufacturers and pharmaceutical companies. The Evopump has many applications on Earth because its convenience and small size overcomes many of the obstacles that discourage patients from using pumps for continuous controlled delivery of medicines such as insulin.

Dr. Robert Applegate from Novopyxis seeks to improve a patent-pending device, “Droplette,” for drug delivery directly through skin contact. Droplette can deliver drug molecules up to 60% larger than current topical treatments deep into the skin over broad or uneven surface areas. By studying how the drugs penetrate and spread once they’ve entered a matrix mimicking human skin, the company may be able to improve the accuracy of drug delivery. Performing these studies in the absence of gravity will give a more accurate representation of how this drug penetration process works in the human body.

Harrison Bralower of SQZ Biotechnologies will investigate the effects of microgravity on an experimental technology, the “CellSqueeze platform,” a novel method for delivering large molecules into targeted cells by using a microfluidic chip to physically squeeze cells. The CellSqueeze platform opens pores in the cell membrane without harming the cell to increase the efficiency of molecule delivery by 10- to 100-fold over current techniques. This research may even lead to improved tissue engineering capabilities and advances in regenerative medicine.

“This series of awards represents an opportunity to incentivize entrepreneurs with the tools and resources that they will need to leverage the ISS National Lab for their research endeavors,” said the ISS National Lab Director of Business Development Cynthia Bouthot. “Additionally, this provided an opportunity for us to partner with The Boeing Company and MassChallenge in an effort to showcase all our interests in seeing innovative research sent to the station to benefit life on Earth.”

“Today’s announcement will allow researchers the opportunity to take advantage of this one-of-a-kind research platform,” said Boeing’s ISS Program Manager John Shannon. “Boeing is proud to work alongside the ISS National Lab and MassChallenge as we work to bring about great research and potentially groundbreaking discovery through ISS investigations.”

To learn more about the MassChallenge Startup Accelerator, visit: http://masschallenge.org/accelerator

About The Boeing Company: A unit of The Boeing Company, Boeing Defense, Space & Security is one of the world’s largest defense, space and security businesses specializing in innovative and capabilities-driven customer solutions, and the world’s largest and most versatile manufacturer of military aircraft. Headquartered in St. Louis, Boeing Defense, Space & Security is a $33 billion business with 56,000 employees worldwide. Follow us on Twitter: @BoeingDefense. 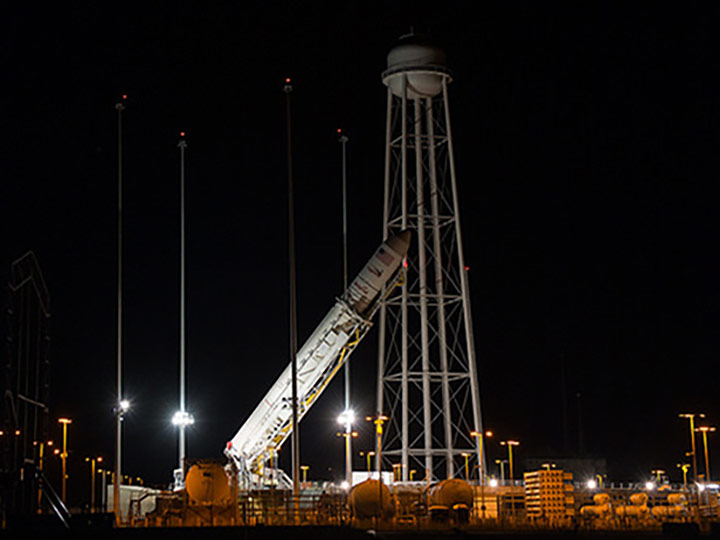