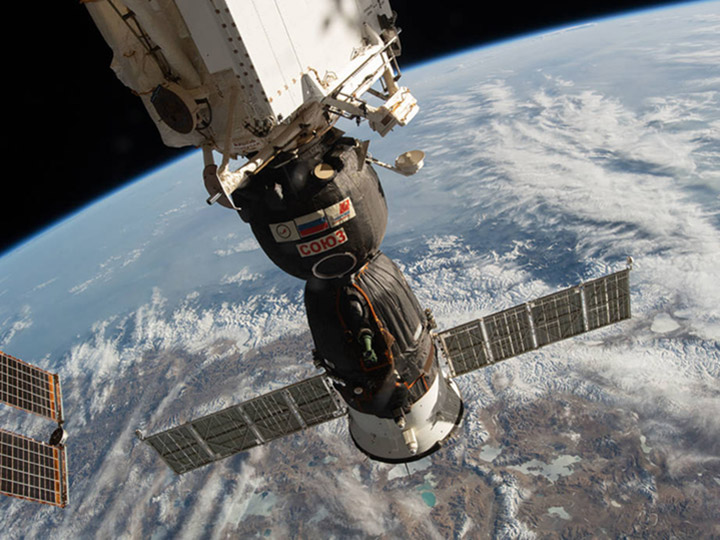 The Soyuz MS-12 crew ship is pictured docked to the Rassvet module as the International Space Station orbited 256 miles above India, Nepal and China.

Each year, thousands of space community leaders and professionals from around the world gather at the Space Symposium, sponsored by the Space Foundation, to discuss critical space-related issues and address the future of space. For the 35th annual Space Symposium, held in Colorado Springs this week, representatives from space agencies, other government agencies, the commercial space sector, research and development organizations, educational institutions, and the media will come together for presentations, panel discussions, and exhibits covering all aspects of space from a diverse range of perspectives.

Representatives from the International Space Station (ISS) National Lab will be attending the four-day conference, along with several ISS National Lab commercial service providers. Be sure to talk with the below companies about their successes and ongoing initiatives onboard the ISS National Lab!

Later this year, Made In Space plans to launch a new facility to the ISS National Lab—the Commercial Polymer Recycling System (CPRS). The CPRS will complement Made In Space’s Additive Manufacturing Facility (AMF), which was launched as a permanent 3D printer on the ISS National Lab in 2016 and has produced more than 115 tools and other objects during its three years of successful operations. Together, the CPRS and AMF would enable a regenerative materials cycle allowing crew members to make new parts and tools from broken parts and excess packaging.

In addition, Made In Space is one of three companies leveraging the microgravity conditions on the ISS National Lab to produce ZBLAN optical fiber, which has the potential to achieve 10 to 100 times lower optical loss than traditional silica fiber. High-quality ZBLAN would be extremely valuable back on the ground and could revolutionize fiber-optic communications and high-power laser technology; however, ZBLAN fiber produced on Earth contains imperfections that degrade performance. ZBLAN production on the ISS National Lab, where gravity-driven forces such as convection are minimized, results in fibers with significantly fewer imperfections.

The Made In Space fiber optic puller system was launched to the ISS in December 2017 and was successfully activated, representing the first ISS National Lab project designed to demonstrate the commercial merit of space-based optical fiber manufacturing. Since then, Made In Space has conducted multiple investigations on the ISS National Lab focused on ZBLAN production, with an additional investigation planned for launch later this year. Made In Space was presented with the 2018 International Space Station Innovation Award in Physical Sciences and Materials Development at the annual ISS Research and Development Conference for the company’s innovative work on the in-orbit production of ZBLAN optical fiber.

NanoRacks, LLC is currently working with Zero G Kitchen to develop a small oven for use on the ISS. The oven, planned for launch later this year, would allow crew members to prepare small food items while onboard the ISS. The oven is the first appliance that is part of Zero G Kitchen’s planned “kitchen in space.”

NanoRacks supports many other facilities onboard the ISS, including an internal research platform and plate reader, an external research platform, and a CubeSat deployer. CubeSats are small satellites that are used for a wide variety of missions, including atmospheric science research, Earth observation, technology demonstrations, and communications. NanoRacks has deployed more than 200 satellites from the ISS using their CubeSat deployer, helping to establish the ISS as a reliable launchpad for small satellites.

Last year, NanoRacks successfully deployed the RemoveDEBRIS satellite from the ISS—the largest satellite that had ever been deployed from the space station—using the NanoRacks Kaber Microsatellite Deployer. The Kaber system enables the deployment of a larger class of satellites (up to about 85 kilograms) from the ISS.

NanoRacks is also working with Boeing, ATA Engineering, and Alenia Space to develop the first privately funded commercial airlock on the ISS, called “Bishop,” scheduled to become operational in 2020. Airlocks are used to transfer payloads, including small satellites, from the interior of the ISS to the exterior. There is currently only one airlock on the ISS, operated by the Japan Aerospace Exploration Agency (JAXA), that opens ten times a year, with five of those openings allocated to JAXA. The new commercial airlock will not only increase access but will also have a larger capacity, accommodating larger satellites (up to 150 kilograms) and the deployment of multiple small satellites at once.

Since its launch to the ISS in April 2018, the Materials International Space Station Experiments (MISSE) Flight Facility, developed by Alpha Space Test and Research Alliance, has been utilized by several investigations. The MISSE Flight Facility is a permanent commercially available materials science and component testing platform mounted to the exterior of the ISS that enables the testing of samples such as paints, coatings, and fabrics, as well as sensors and other components, in the harshness of space.

With four sides of exposure, the MISSE Flight Facility provides access to extreme conditions such as radiation, temperature extremes, ultrahigh vacuum, and atomic oxygen (highly reactive single-oxygen atoms). These harsh conditions allow for accelerated durability testing of materials with a wide range of applications, including solar technology, telecommunications, space technology, and remote sensing. In addition to traditional materials testing, there is also a strong interest in using MISSE to examine the behavior of living things in the external space environment, which has important applications in medicine.

Investigations using the MISSE Flight Facility are housed in payload carriers that can be installed into and retrieved from the platform using the robotic Canadarm2. Previous MISSE missions conducted over the past two decades required spacewalks for installation and retrieval. Sixty percent of the MISSE Flight Facility platform is available for commercial use, paving the way for commercial participation in low Earth orbit and enabling affordable early-stage testing to build demand for future platforms.

In October 2018, Teledyne Brown Engineering announced the first images taken with the company’s Multi-User System for Earth Sensing (MUSES) facility on the ISS. MUSES, launched to the space station in June 2017, is a commercially operated platform capable of hosting several types of Earth viewing instruments, such as hyperspectral imagers and high-resolution digital cameras. The German Aerospace Center, DLR, was the first customer to use MUSES, and DLR’s Earth Sensing Imaging Spectrometer (DESIS) was installed on the platform in August 2018. 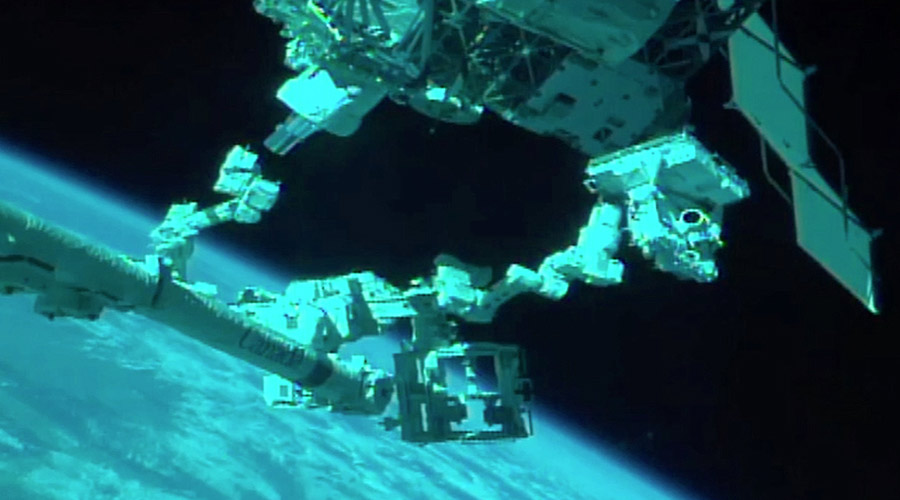 With precision pointing capabilities and the ability to simultaneously host up to four instruments, MUSES enables valuable Earth observation and remote sensing research with a variety of applications. For example, MUSES can be used to evaluate land use, assess water quality, and monitor agricultural production. Researchers can also use MUSES to study Earth’s atmosphere, assess weather patterns, and improve climate models. The platform can also provide improved maritime awareness and tracking and help to quickly identify areas affected by natural disasters. In addition, MUSES serves as an important engineering test bed for technology demonstrations of new sensors or other space-based technology.

The SlingShot small satellite deployer system, developed by SEOPS, LLC, enables the deployment of CubeSats from Northrop Grumman’s Cygnus cargo vehicle after it completes its primary commercial resupply services mission and departs the ISS. Once Cygnus undocks from the space station, the spacecraft moves above the ISS to an ideal altitude and inclination for CubeSat deployment. Deploying from a higher altitude increases the lifespan of CubeSats by providing a longer degradation period. The Slingshot system can also host fix-mounted payloads using Cygnus as a satellite bus for power, attitude control, and communications for longer missions.

SlingShot was launched to the ISS on SpaceX’s 16th commercial resupply mission in December, and in January, it was installed on the Cygnus spacecraft that was docked to the space station. In February, when Cygnus departed the ISS, SEOPS tested SlingShot’s abilities to deploy two CubeSats, which are expected to remain in orbit for at least two years, and host a fixed payload for an extended period of time.

The development of miniaturization technologies and the ability to deploy from the ISS has led to a significant increase in the demand for small satellites in recent years. Small satellites have become valuable platforms for technology demonstrations, gap fillers for larger satellites, as well as mature, revenue-generating operational satellite constellations. SlingShot will enable the deployment of CubeSats with wide-ranging missions aimed at benefiting life on Earth—from companies developing crucial data applications and enhanced communications systems to projects aimed at raising the technology readiness level of components such as sensors.

The Cygnus spacecraft leaves the ISS with SlingShot payloads in preparation for deployment activities.

Craig Technologies supports numerous customers with space-related hardware, including precision components for commercial satellites, hardware for the ISS, as well as vehicle and ground support for the NASA Space Launch Systems vehicle and the Orion Multi-Purpose Crew Vehicle. Craig Technologies is currently developing a new facility for the ISS, the Space Development Acceleration Capability (SDAC) Flight Test Platform (FTP), to provide rapid development and testing of spaceflight hardware using additive manufacturing technologies. The SDAC FTP, planned for launch later this year, will integrate into the MISSE Flight Facility or NanoRacks External Platform (NREP) on the exterior of the ISS. Ultimately, Craig Technologies plans to evolve the design of the SDAC FTP to provide increasingly complex structures and deployable systems, all utilizing additive manufacturing methods and supporting the next generation of spacfeflight hardware testing and experiments.

Additionally, in November 2018, Craig Technologies was awarded a NASA contract to provide turnkey services to manage and perform the work for the successful integration and in-orbit operations of payloads using the Space Station Integrated Kinetic Launcher for Orbital Payload Systems (SSIKLOPS, or “Cyclops”). The Cyclops is a system to robotically deploy satellites from the ISS and is designed to provide a method to transfer internally stowed satellites to the external environment.

Because the Cyclops launcher targets satellites in the 50- to 150-kg class—especially those which geometrically do not fit in the existing launchers, it complements the other satellite deployers on the ISS, providing users with multiple options. Cyclops will add to the growing range of capabilities for launching small satellites, and, along with existing secondary and proposed dedicated launch options, it could potentially reduce one of the biggest barriers to the greater use of small satellites—getting them into space.

Animation of the Cyclops satellite deployer on the ISS 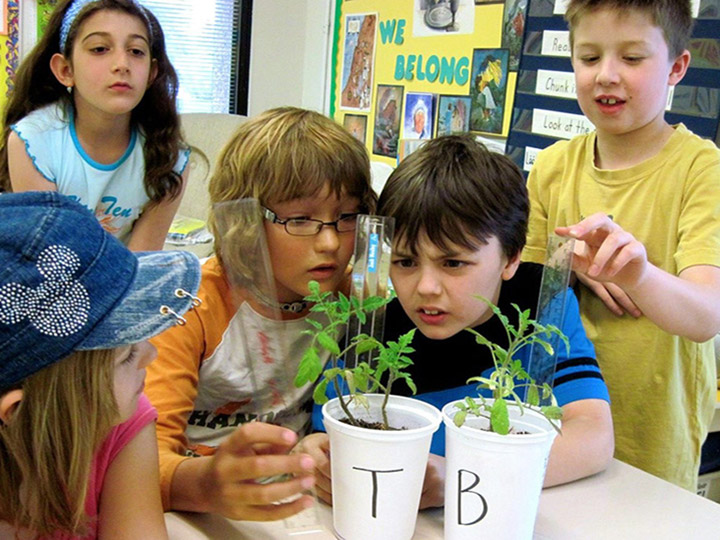 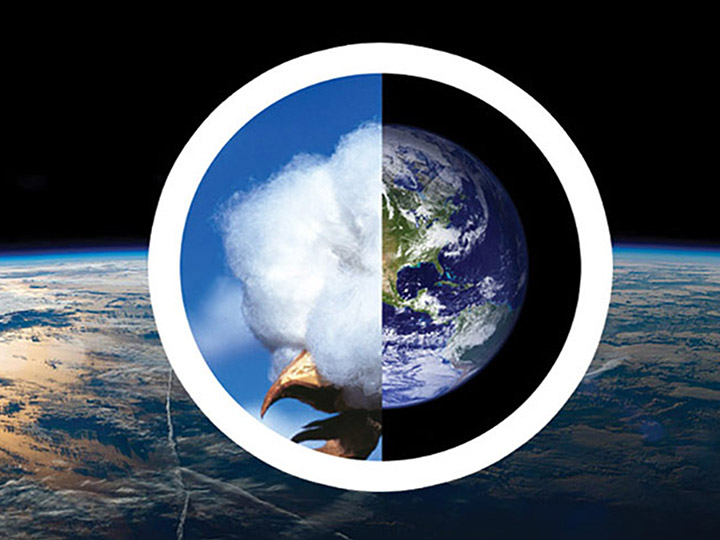