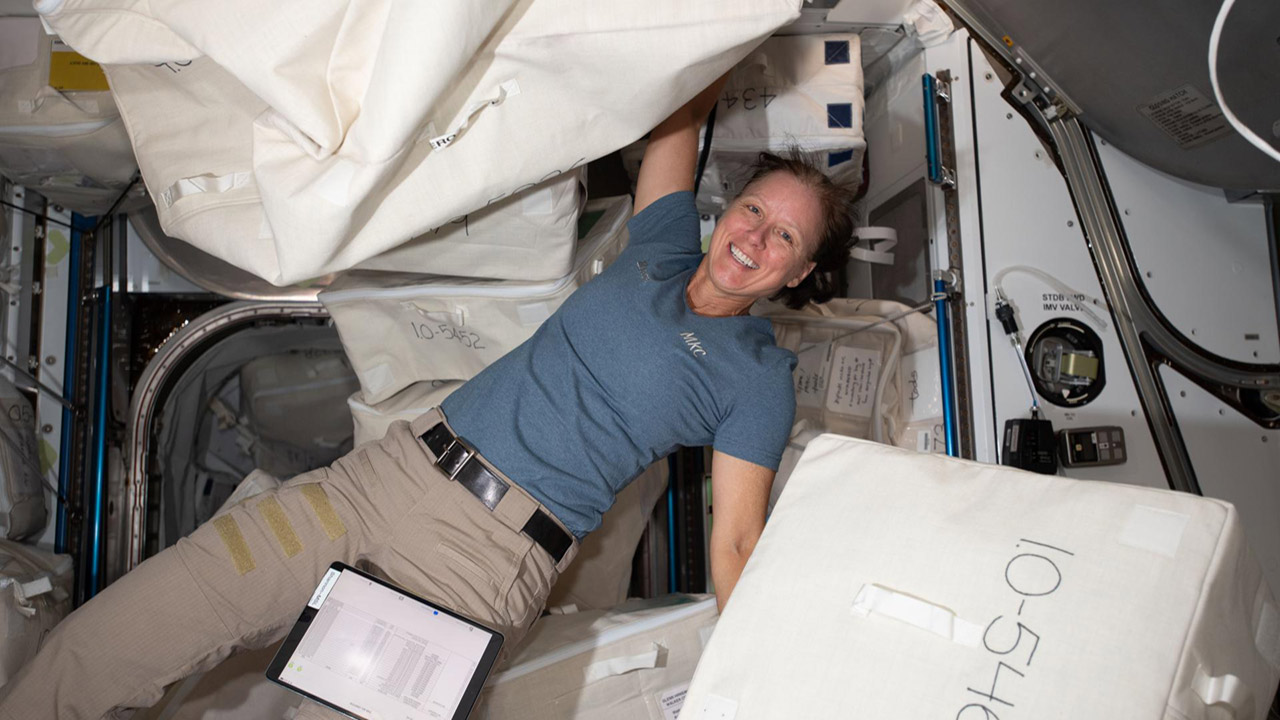 Space Station Explorers partner programs provide a wealth of STEM education curricula, kits, and hands-on learning activities—including opportunities for students to design and launch their own research to the ISS. Examples of FY21 educational activities from our partner programs include the following:

In FY21, multiple ISS National Lab education initiatives engaged Girl Scouts around the country. The Amateur Radio on the ISS (ARISS) program held three events with Girl Scout groups, one of which included more than 15,000 participants. Additionally, in FY21, winners were announced for the “Making Space for Girls Challenge,” organized by Space Kids Global and the Girl Scouts of Citrus Council with support from ISS National Lab Implementation Partner ProXops. Generating nearly 700 entries, the challenge provided an avenue for Girl Scouts across the nation to demonstrate skills in science, art, and writing by designing an experiment to be conducted on the ISS, creating space-themed art, or writing a space-related essay.

An NSF grant awarded to CASIS in FY21 is providing $298,000 in funding for the ISS National Lab to work with University of California, Berkeley on a Student Mission Control program designed for use high school computer science courses. The program will provide high school students with direct access to data and experiments on the ISS, helping them develop valuable skills in data collection and analysis. Additionally, this year, CASIS awarded nine new ISS National Lab projects to STEM organizations through an NLRA focused on digital engagement and higher education. Awardees include the University of Arizona, Georgia Tech Applied Research Corporation, Orion’s Quest, Mattel, and the Massachusetts Institute of Technology, among others.

The Space Station Ambassador program gained visibility in FY21 when Space Station Ambassador Sian Procter embarked on Inspiration4, the world’s first all-civilian orbital mission. Procter, one of four civilians selected for the mission to low Earth orbit, has been a member of the Space Station Ambassador program since 2017, helping to share the many educational opportunities available through the ISS National Lab. Also, in FY21, TIME magazine selected its first ever “Kid of the Year”—15-year-old Gitanjali Rao, a past participant of the Genes in Space Program. Rao was part of a team of students that won a Junior Scientist Award at the 2018 Genes in Space competition for their experiment to study the genetics of plant growth regulation in microgravity.

STEM education was also the focus at multiple ISS National Lab events this year, including an International Destination Station virtual session for educators on “Taking STEM Education to a Higher Level.” Representatives from the ISS National Lab and NASA discussed the many ways the ISS can be leveraged to inspire the next generation of explorers. In addition, ISSRDC 2021 included a virtual session called “Making Space for All in STEM.” The session was moderated by Emily Callandrelli, host and co-executive producer of Emily’s Wonder Lab, and panelists included NASA astronaut Serena Auñón-Chancellor; Gitanjali Rao, TIME’s 2020 Kid of the Year; and two young female researchers. The all-woman panel discussed diversity in STEM and the future of STEM education and served as a powerful inspiration for young girls to pursue their interests in STEM fields.