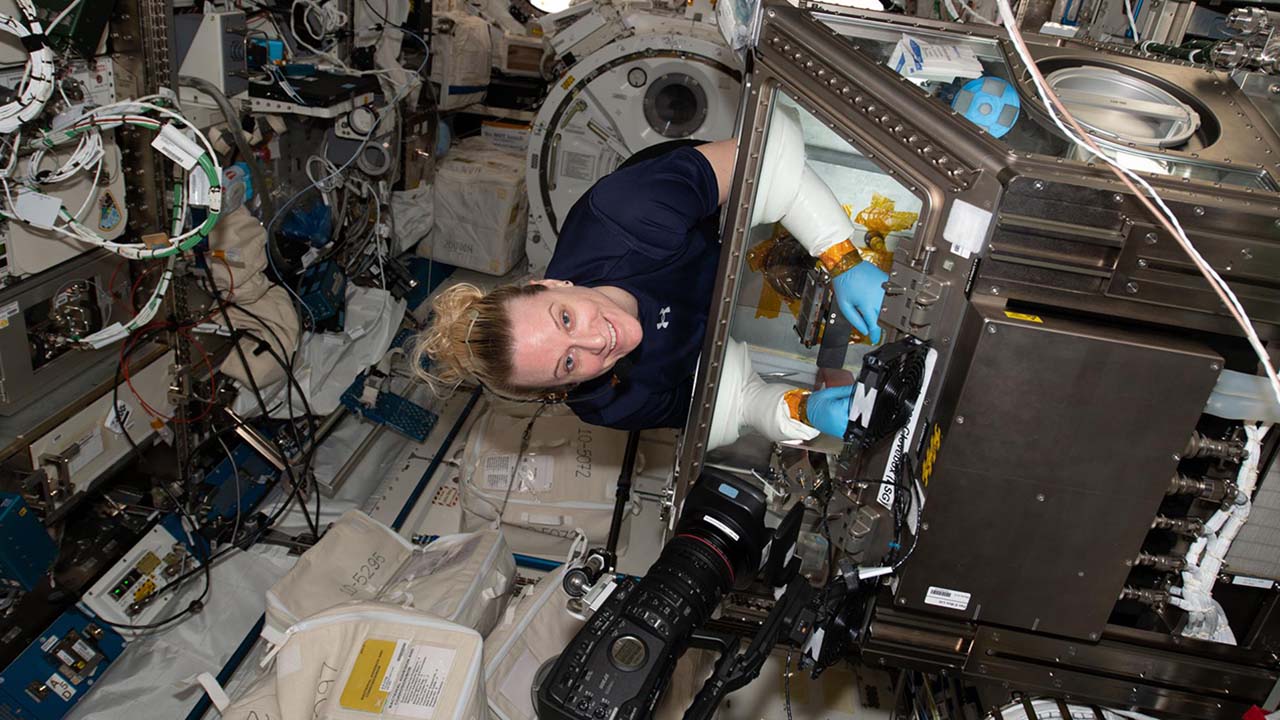 In FY21, the ISS National Lab continued to evolve digital-friendly ways to engage with researchers, stakeholders, and the general public amidst the ongoing COVID-19 pandemic. Insight gained in 2020 on how to conduct virtual outreach initiatives led to several impactful engagements this year that served to further our mission priorities and objectives. Additionally, virtual opportunities allowed the ISS National Lab to collaborate with NASA in new ways to communicate the critical research being done on station and the ISS capabilities available to investigators. Moreover, increased cooperation between the ISS National Lab and NASA led to several media engagements, many of which included astronauts who helped execute research on station, garnering national and worldwide coverage.

This year marked the 10th annual ISSRDC, held virtually due to continuing safety concerns with the COVID-19 pandemic. In working with a vendor that specializes in virtual engagements, the ISS National Lab provided viewers with an enhanced virtual conference experience. The theme of ISSRDC this year was “Challenge. Partnership. Transformation.” The three-day virtual conference, which generated nearly 3,000 registrations, featured sessions with luminary science figures, NASA astronauts, ISS researchers, space investors, Implementation Partners, and other notable leaders and innovators.

ISSRDC 2021 kicked off with a welcome address by NASA Administrator Bill Nelson, followed by a keynote session with NIH Director Dr. Francis Collins and NASA astronaut Dr. Kate Rubins. The two talked about the benefits of conducting biomedical research on the space station and the NIH-funded Tissue Chips in Space investigations that Rubins worked on during her time onboard the ISS. The conference also featured NASA’s Dr. Thomas Zurbuchen and the Smithsonian Institute’s Ellen Stofan, who discussed the value of space-based R&D and the importance of communicating that science to the general public. On the final day of the conference, the focus shifted to STEM education. Emmy-nominated television host Emily Calandrelli and NASA astronaut Serena Auñón-Chancellor joined young female researchers for a conversation about the power of leveraging the ISS for education initiatives. During the panel session, the group discussed diversity in STEM, the future of STEM education, and additional transformation that is needed.

Over the course of the fiscal year, ISS National Lab representatives participated in more than 75 virtual speaking engagements to highlight impactful ISS National Lab-sponsored R&D and increase awareness of research opportunities available through the orbiting laboratory. Examples of key events and outreach include the following:

Over the course of FY21, the ISS National Lab tailored its press releases to include more in-depth storytelling of specific research projects as they launched and were carried out on station. This robust content provided potential investigators, our stakeholders, and the public with impactful stories highlighting the value of ISS National Lab-sponsored R&D. Greater emphasis was placed on targeting specific research audiences to bring enhanced visibility to ISS National Lab strategic areas of focus. Also, in FY21, with the release of multiple NLRAs, outreach efforts focused on developing relationships with societies and associations that could disseminate information on these valuable opportunities to their communities. This resulted in a strong response to ISS National Lab research solicitations this year, with a record-setting 185 proposals received.

In FY21, high-profile media coverage brought visibility to the many ways in which the ISS National Lab is be leveraged to advance research, technology development, and educational outreach. Examples include the following: