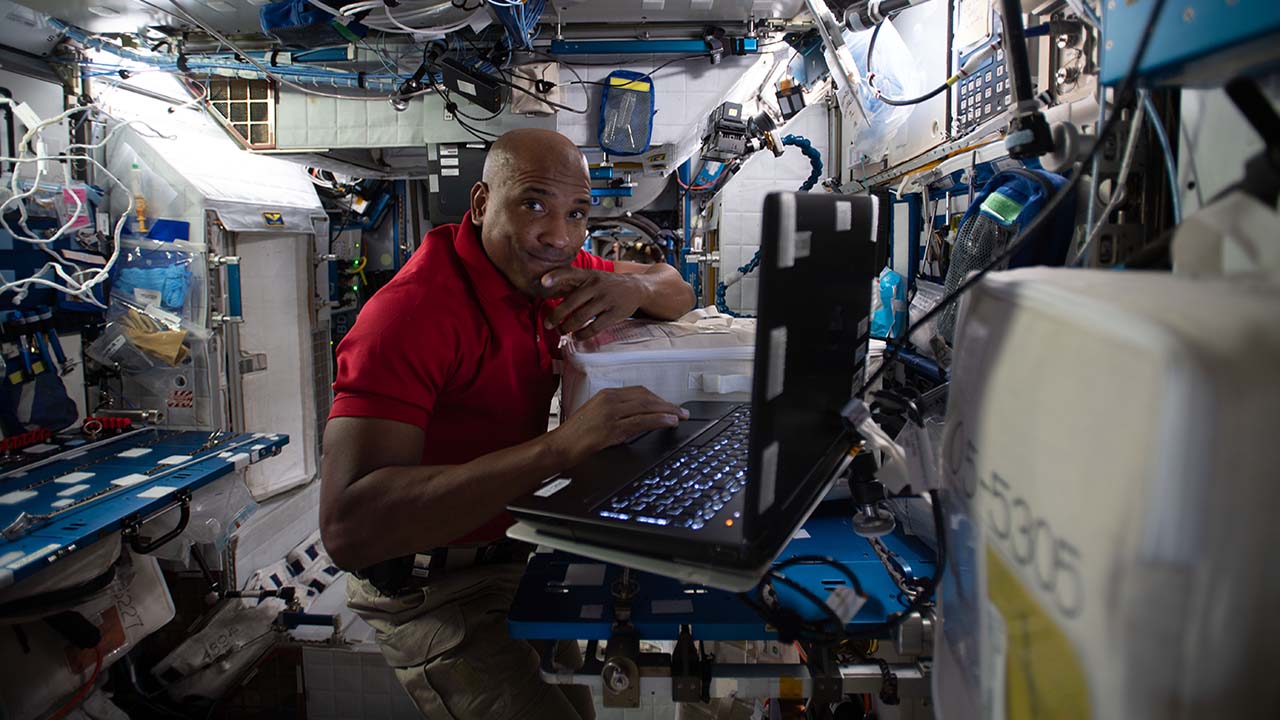 The ISS National Lab is a multiuser platform for research, technology development, and educational outreach to improve life on Earth, drive a sustainable and robust market in LEO, and bring value to the nation. Demand for this valuable research facility continues to rise among users from industry, academia, research institutions, and government agencies. In FY21, more than 40 projects were selected for flight opportunities through the ISS National Lab, an increase from last year as we continue to rebound from the effects of the COVID-19 pandemic. Of the total projects selected this year, nearly 65% represent new-to-space users, demonstrating the success of ISS National Lab solicitations in reaching new audiences. 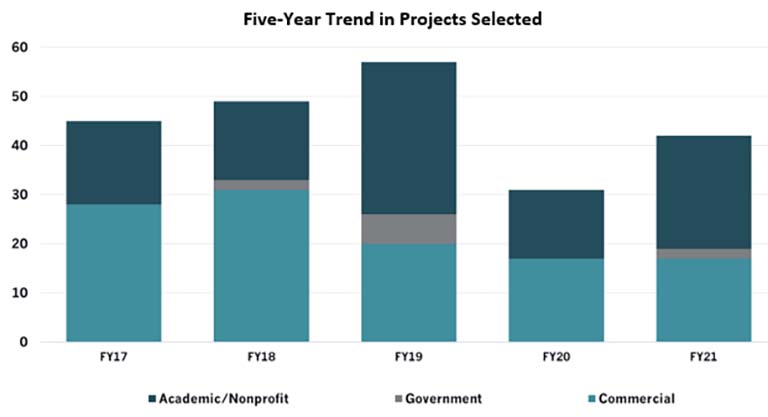 Projects from new-to-space users that were selected this year include the following:

Selected projects from investigators that had previously completed an ISS National Lab-sponsored investigation include the following: 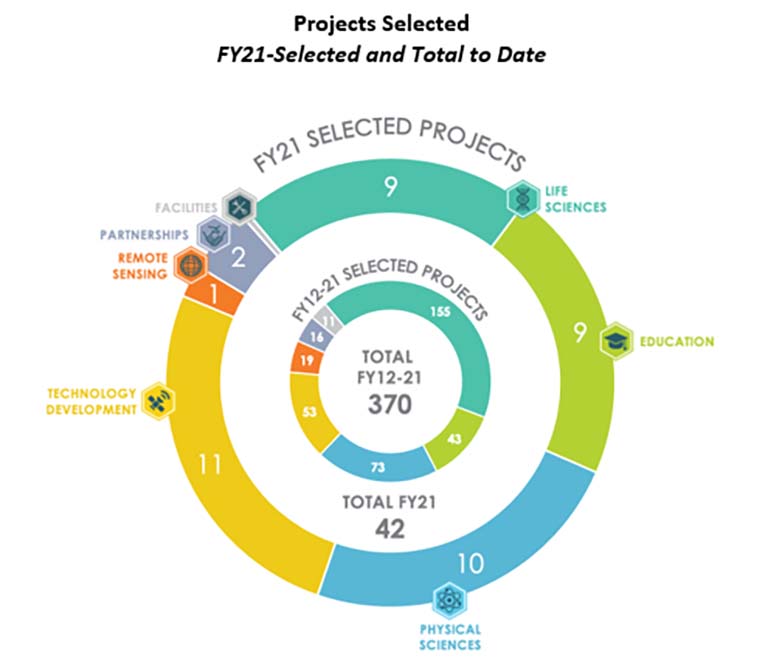 The multiyear, multiproject collaboration between CASIS and NSF continued this year, leveraging the ISS National Lab to advance fundamental research in both the physical and life sciences. In FY21, 11 projects were selected through NSF/CASIS joint solicitations in the biomedical area of tissue engineering and the physical sciences area of transport phenomena.

In FY21, the trend of significant cost-sharing for newly selected projects continued. This year, CASIS funding was matched at a ratio of 1:10 by committed funding from non-NASA, third-party entities and the selected institutions themselves. To date, more than $240 million in external, non-NASA funds have been committed in support of specific ISS National-Lab sponsored R&D projects. This year also set a new record, with more than 85% of the total costs for newly selected projects externally funded. Furthermore, almost half of the projects selected this year were to academic organizations that found creative funding streams to fund their ISS National Lab-sponsored R&D.