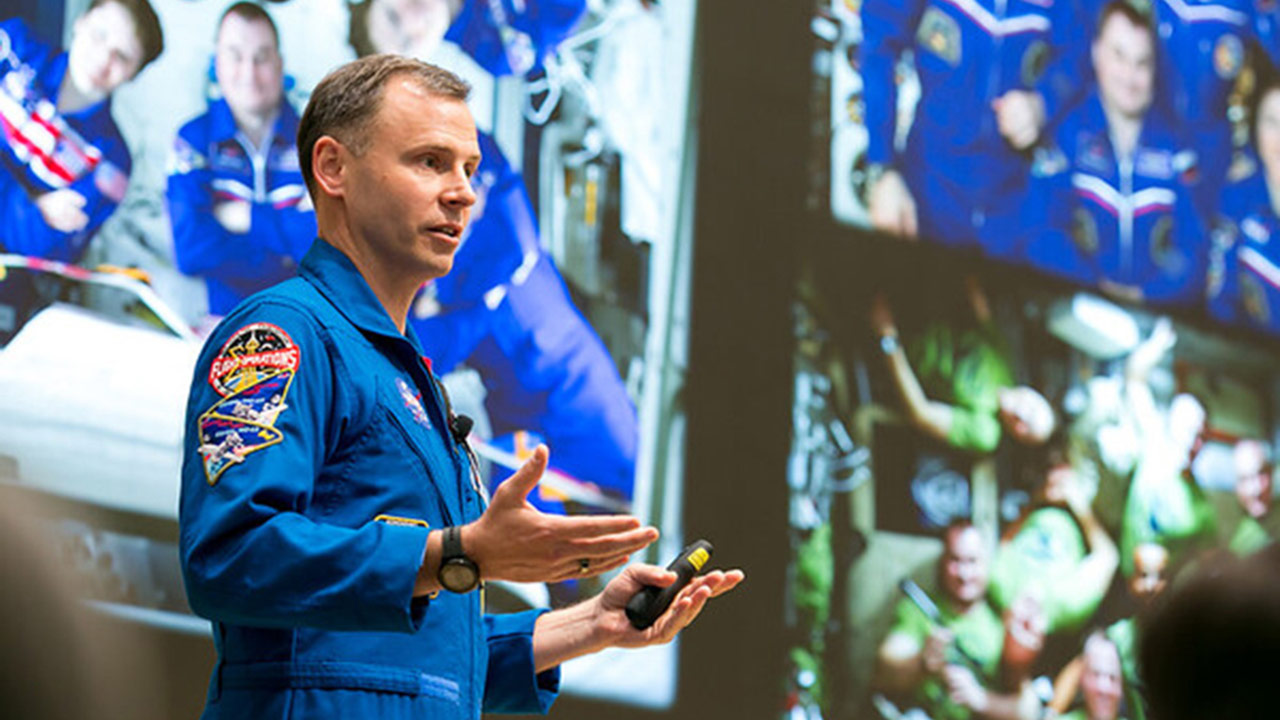 FY20 ISS National Lab outreach and stakeholder engagement adopted a technologically creative approach to address the communication challenges presented by the COVID-19 pandemic. The critical move to a virtual format for the entirety of FY20 events supported our continued collaboration and engagement with stakeholders and collaborators. This year’s virtual ISSRDC demonstrated a successful and well-attended online program, while targeted digital campaigns and other activities maintained and built on the community engagement achieved in FY19. New outreach methods, such as an ISS National Lab newsletter, coupled with increased collaboration efforts with NASA, allowed CASIS to deliver meaningful content focused on ISS National Lab partners, initiatives, and space-related activities.

The 9th annual ISSRDC brought a new platform to the forefront: virtual. As the world adjusted to the devastating effects of COVID-19, many conferences and events shifted from in-person to virtual platforms. CASIS, NASA, and the American Astronautical Society collectively decided that a virtual conference format spread over multiple event days would provide a unique and safe path to bring together esteemed researchers with ISS program leadership to accurately convey the diversity of research being performed on station.

Over the years, ISSRDC has been a major driver to highlight previous research, upcoming collaborations, and trends that may shape research and investments in a robust future LEO economy. With the decision to go to a virtual ISSRDC “Online Series” in FY20, the program was also condensed into three days, spread out over three separate months.

While this year presented challenges, the conference generated more than 5,400 registrations from the space and aerospace communities, key stakeholders, researchers, media, entrepreneurs, and investors.

The International Astronautical Congress (IAC) is an annual global event sponsored by the International Astronautical Federation that attracts stakeholders from throughout the international space community: researchers, space agencies, industry leaders, policy makers, and media. Each year, the IAC changes location and theme. In 2019, the event, “Space: The Power of the Past, the Power of the Future,” was held in October in Washington, D.C. Nearly 6,000 people from around the world attended the conference aimed at inspiring global innovations in space.

Additionally, seven papers authored by ISS National Lab staff were selected for oral presentation in the IAC technical sessions. The presentations and accompanying papers covered a range of topics including remote sensing, protein crystal growth, and tissue engineering. Several Implementation Partners also presented on topics such as materials testing in microgravity, new biofabrication capabilities on the ISS, and LEO commercialization. Through active engagement at the IAC, the ISS National Lab was able to demonstrate to a global audience how it continues to be an important part of the international space community.

In FY20, CASIS representatives participated in multiple in-person and online conferences and events aligned with ISS National Lab strategic lines of business (see definitions in the Future Directions section). A CASIS team member was co-chair for a SelectBIO event in San Diego, CA, that brought together many of the tissue engineering and regenerative medicine research partners that have or will be leveraging the ISS National Lab to discuss results. Multiple CASIS representatives participated in annual conferences such as the IAC and ASGSR to network and promote collaborations with other researchers conducting space-based studies. Additionally, attending the World Stem Cell Summit and SmallSat Symposium enabled CASIS team members to highlight the diverse research portfolio of the ISS National Lab and engage with potential new users. NASA and the ISS National Lab also collaborated on two Destination Station outreach events (in Tampa, FL, and San Jose, CA) to raise awareness and engage with potential research partners.

FY20 also brought with it multiple high-visibility collaborations that highlighted the role of a national lab in space and the unique investigations the ISS National Lab sponsors to further research, development, and education. Through these collaborations, the ISS National Lab was able to lead multiple digital campaigns that helped create more engagements than any previous year. Examples included an Earth Day takeover forged through a relationship with Instagram that ultimately included participation by NASA and astronauts Jessica Meir and Anne McClain. Also, as discussed in the sections titled R&D Progress and Successes and Educational Outreach and Engagement, Nickelodeon’s Slime in Space: A Virtual Field Trip was released in FY20, with various demonstrations performed utilizing the company’s iconic green slime to inspire and engage the next generation of researchers and explorers. Nickelodeon’s Kids’ Choice Awards featured Slime in Space, the full product for which includes a 20-minute feature video on the experiments conducted on station and lesson plans that reached more than 100,000 homes.

While the impacts of COVID-19 hindered the ability for in-person travel opportunities to meet with prospective research and media partners, it opened the door for leveraging technology in ways not previously utilized. For instance, prior to the Northrop Grumman CRS-14 launch, CASIS worked alongside multiple media and partner outlets (including NSF) to host virtual webinar sessions featuring researchers, NASA and ISS National Lab representatives, and NASA astronauts. The NSF session was moderated by CNN’s Ashley Strickland and led to multiple mainstream media stories on NSF’s funded research launching on that mission.