The ISS National Lab continued cultivating innovative R&D ideas from across the U.S. in FY20, spanning from the east coast to the west coast and including the first CASIS awards to institutions in Idaho (Boise State University) and New Hampshire (Dartmouth, in Hanover; refer to the project map for more information). Multiple resource constraints and the global COVID-19 pandemic slowed the number of proposals submitted and awarded; however, more than 30 high-scoring proposals were still awarded flight opportunities this year. 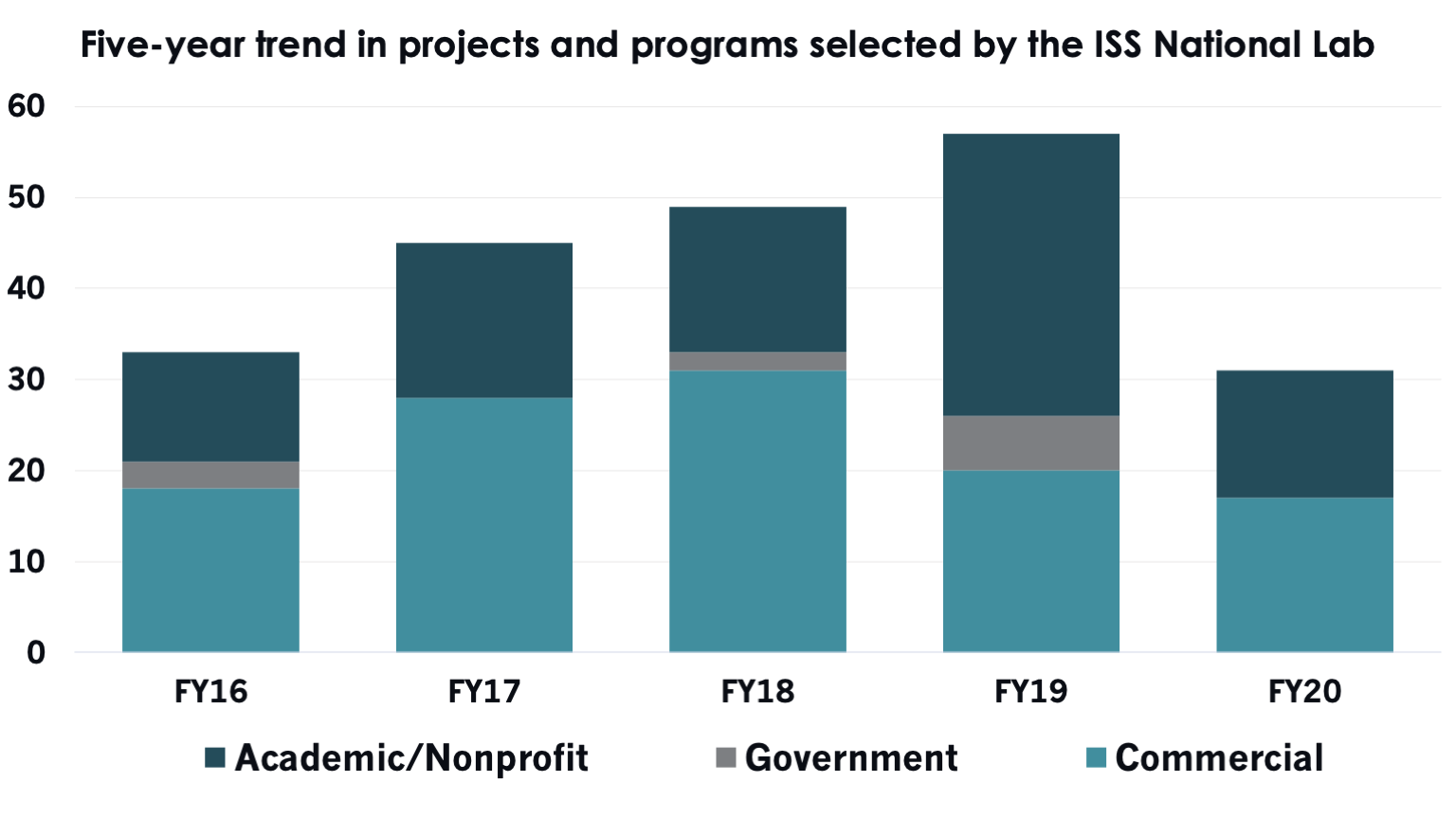 Continuing a historical trend, these new projects also involved significant cost sharing. In FY20, CASIS funding was matched at a ratio of 1:12 by committed funding from non-NASA, third-party sponsors and the awarded institutions themselves. In fact, more than 50% of new projects awarded over the past three years have only required ISS National Lab allocation—no grant funding was awarded to support the R&D activity. Almost $190 million in external, non-NASA funding has been committed to date in support of specific ISS National Lab R&D projects—more than half of which is from commercial entities. Multiyear, multiproject agreements with government and commercial sponsors represent more than $50 million of these cost-sharing funds.

Of the newly awarded projects, 45% came from investigators that had previously completed an ISS National Lab-sponsored project, for example: 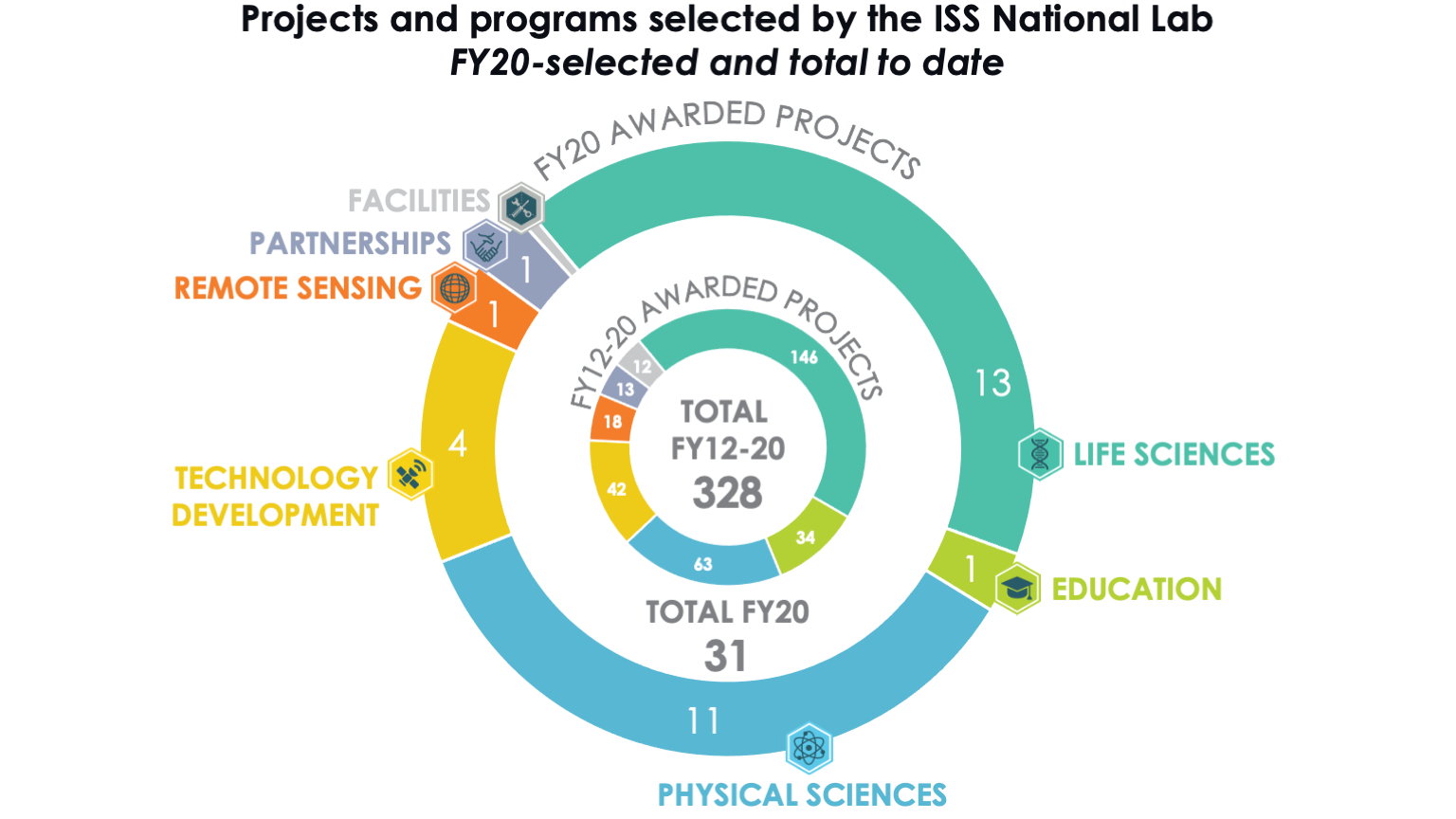 Examples from the 55% of awards representing new-to-space users include:

Awarded projects continued to fall largely within the realms of biomedical and materials science, with a record number of proposals awarded in the area of advanced materials research—many utilizing the MISSE Flight Facility, which is operated by woman-owned small business Alpha Space Test & Research Alliance (Houston, TX).

Moreover, 75% of the awards this year resulted from research solicitations aimed at addressing national priorities; for example, the multiyear solicitations co-sponsored by NSF in the areas of Transport Phenomena and Tissue Engineering and Mechanobiology (nine awarded projects this year).