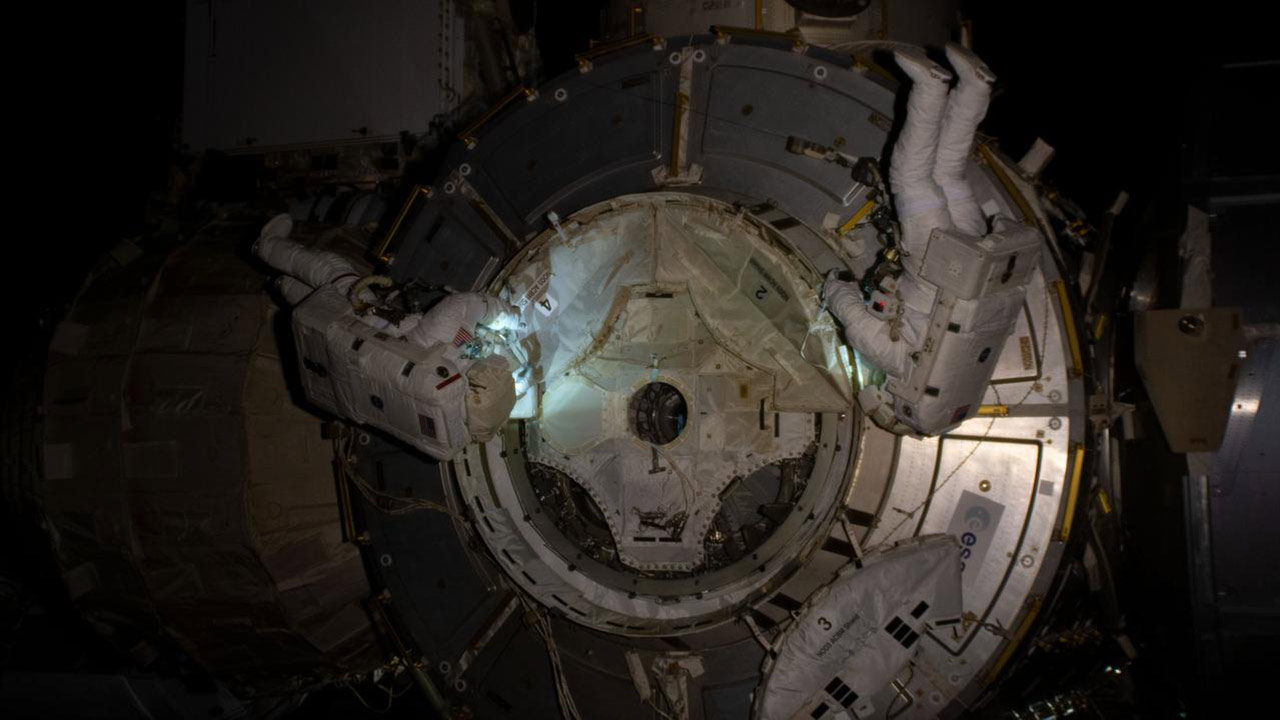 NASA spacewalkers (from left) Bob Behnken and Chris Cassidy set up the outside of the Tranquility module for the future installation of the NanoRacks airlock.

The year 2020 brought the world many unexpected challenges, but CASIS was fortunate to be able to maintain operations with safety procedures in place, and we experienced (professionally) only minor setbacks in progress due to the COVID-19 pandemic. In fact, some adaptations to new tools and systems strengthened our operations and community outreach, and our renewed and more aligned collaborative approach with NASA led to positive evolutions of our processes, goals, and trajectory.

The CASIS board of directors rotated members and appointed a new interim chair, and CASIS worked in concert with NASA to develop more focused mission priorities based on ISS National Lab past successes. CASIS also established the guidelines and structure for a new User Advisory Committee to more formally solicit and consolidate input and perspectives from our community, incorporated more clarity and transparency in the CASIS proposal review and selection processes, and introduced a new Pioneer Allocation model that will provide Commercial Service Providers with more reliable access to the ISS National Lab as they mature their business models and expand their customer base.

CASIS collaborations with the National Institutes of Health (NIH) and NSF continued, with a total of 10 solicitations jointly issued over the past four years. More than $40 million in funding from these partners has been awarded to 37 projects, 14 of which have flown to the ISS National Lab—producing seven new peer-reviewed publications this year alone.

Despite a six-month period with only one crew member available for R&D, this year’s crew-time utilization is higher than the five-year average, with in-orbit activities this year including investigations from Fortune 500 companies, academic institutions, small high-tech startups, and many others—also reflecting a diversity of funding sponsors, including Boeing, the Defense Advanced Research Projects Agency (DARPA), NSF, NIH, and the National Stem Cell Foundation.

Despite a volatile FY20 due to the pandemic, the ISS National Lab ecosystem reflected successful funding rounds, contract wins, and strategic transactions for ISS National Lab startup investigators and Implementation Partners. Our data show that award and subsequent flight of an ISS National Lab project are key indicators of economic value creation for startup companies using the ISS National Lab for R&D. Moreover, CASIS grants this year were matched at a ratio of 1:12 by committed funding from third-party sponsors and the awarded institutions. More than 50% of new projects awarded over the past three years have only required ISS National Lab allocation—no grant funding—and almost $190 million in external, non-NASA funding has been committed to date in support of specific ISS National Lab R&D projects.

As FY20 came to a close, we neared the humbling anniversary of 20 years of continuous human presence in space. While 2020 was a challenging year for the world, this anniversary is a poignant reminder of humanity’s resilience and achievement. Furthermore, 2020 successes in the development of NASA’s Commercial Crew program are ushering in a new era of spaceflight from U.S. soil. The best is yet to come from science in low Earth orbit (LEO), and CASIS is honored to serve the public in pursuit of a shared future in space.