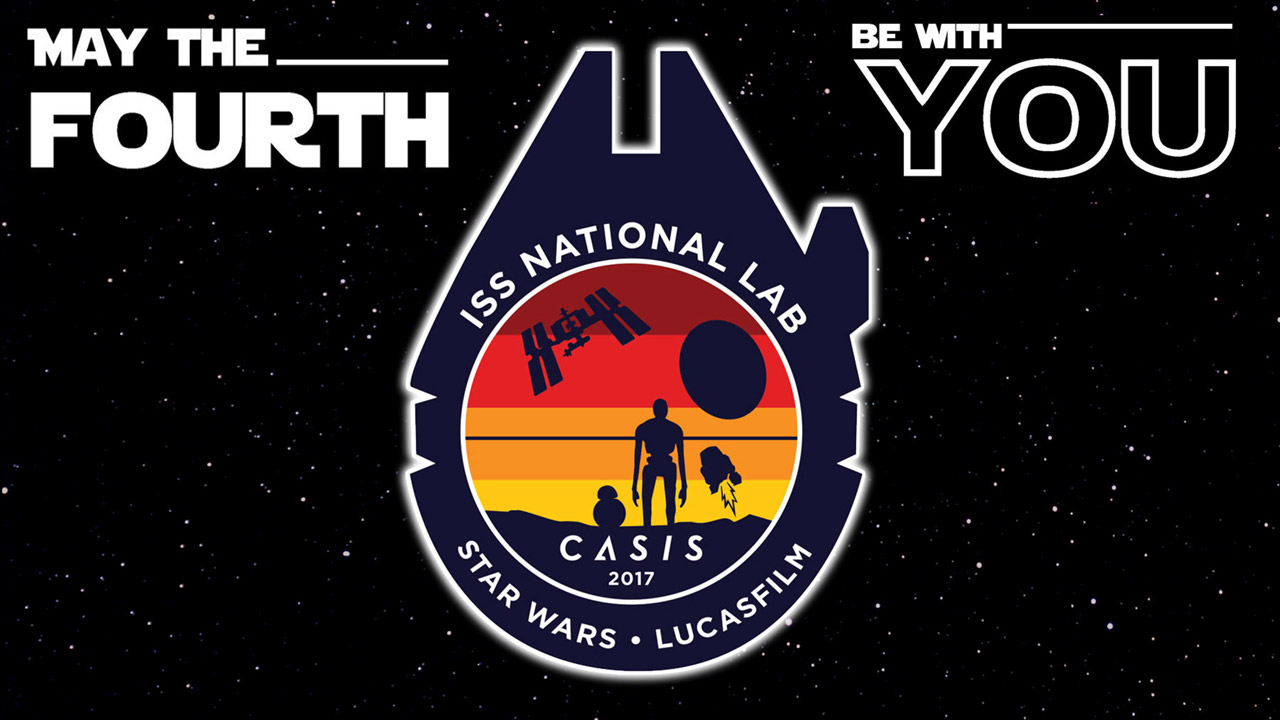 In September 2017, the Center for the Advancement of Science in Space (CASIS) unveiled an authentic mission patch that it developed in collaboration with Lucasfilm. CASIS is the organization that oversees research on the ISS U.S. National Laboratory benefitting life on Earth. The patch represents all the ISS National Lab experiments that were carried out in calendar year 2017 — more than 100 experiments in all.

Doug Chiang, Lucasfilm Vice President and Executive Creative Director, led the design of this patch. He chose Star Wars elements that emphasize technology to complement the engineering of the ISS.

At the same time the patch was released, Lucasfilm and Disney Digital Network launched the Science and Star Wars series of YouTube videos with support from IBM. The eighth episode, Space Travel, prominently features the ISS:

When celebrating Star Wars and The Force, it seems appropriate to highlight how forces work on the ISS. Enjoy these new STEMonstration videos that NASA has released as part of the ongoing Year of Education on Station.

Newton’s Second Law of Motion: The change in an object’s motion depends on the sum of the forces on the object and the mass of the object. 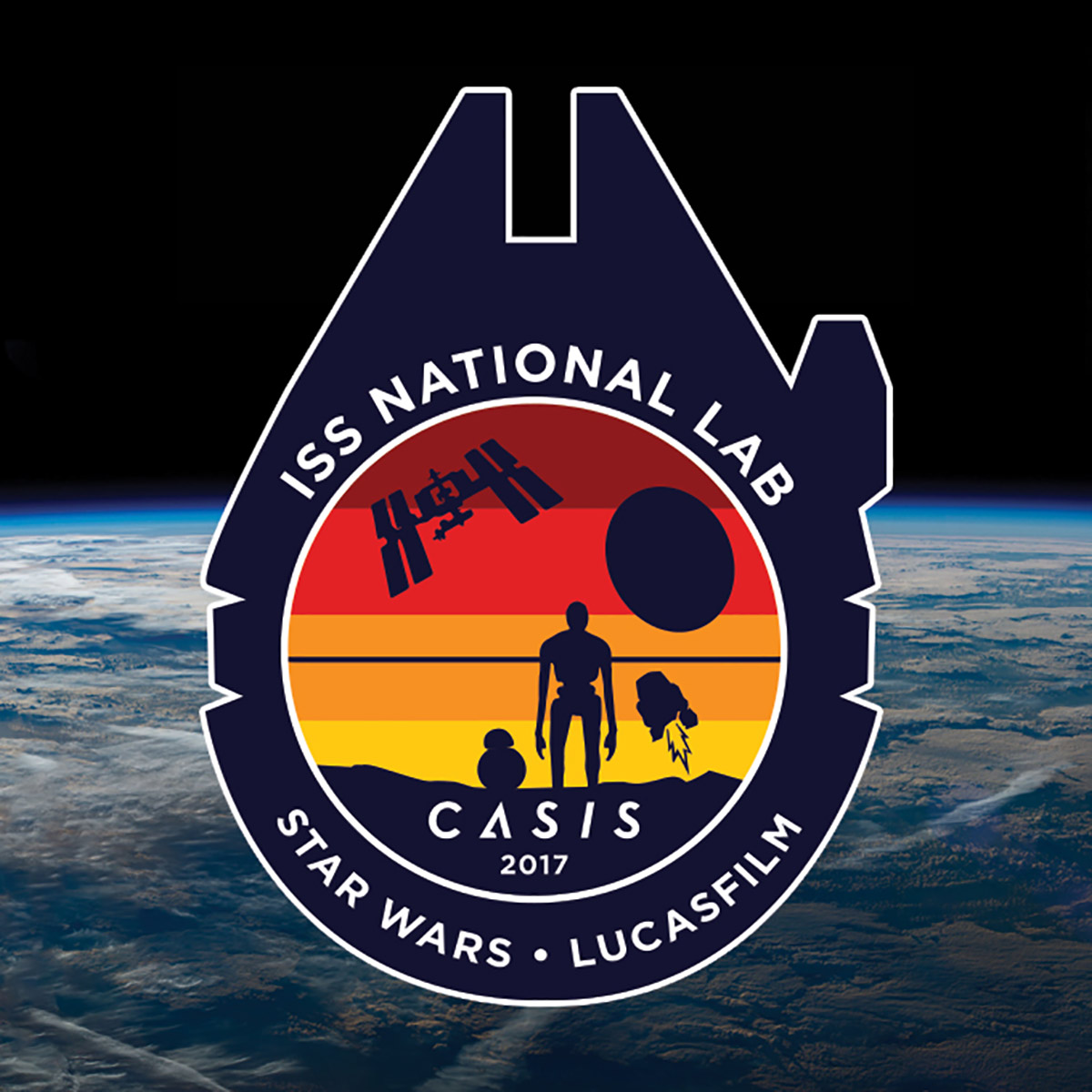 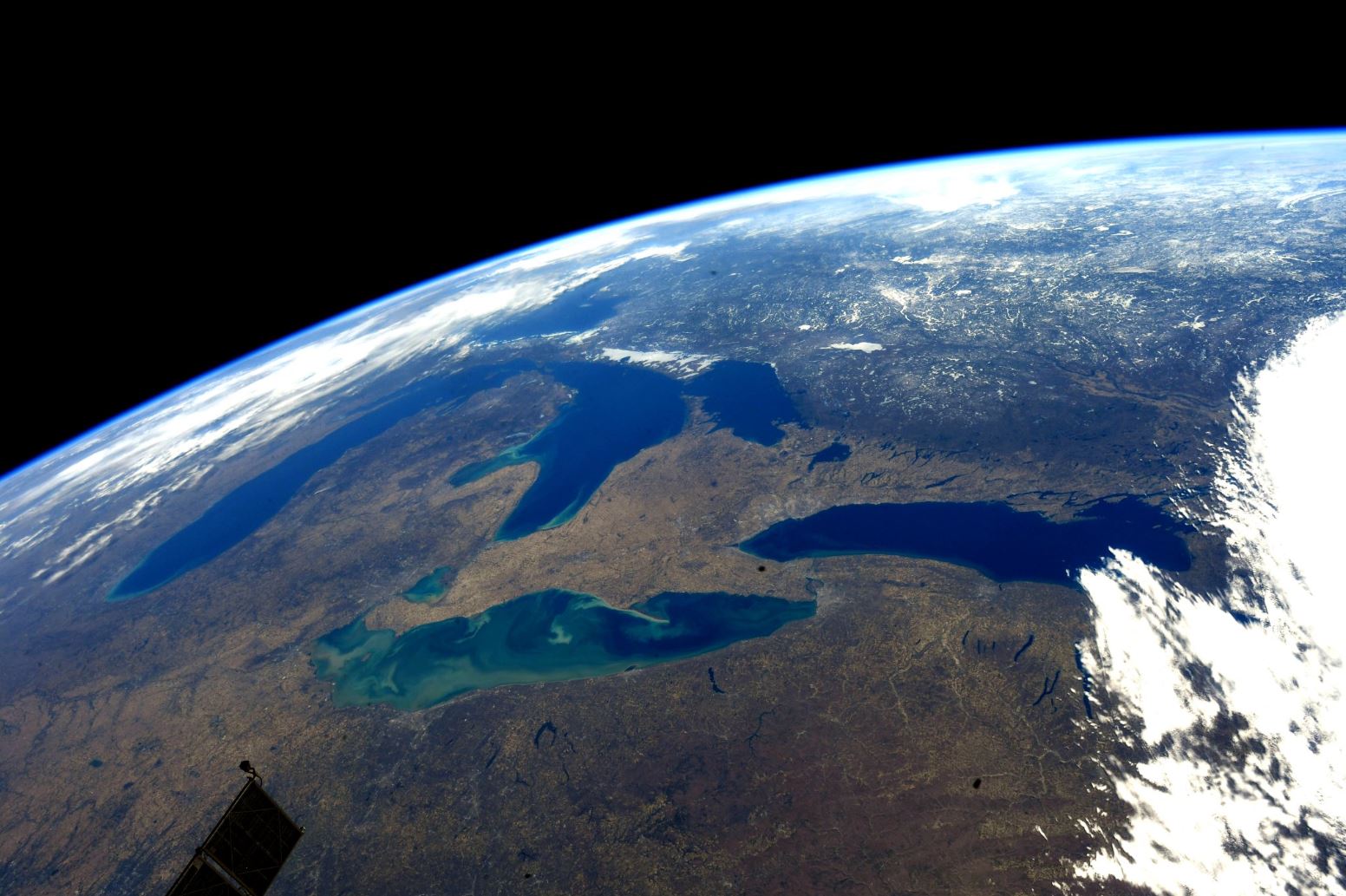