The International Space Station (ISS) U.S. National Laboratory is sponsoring more than 20 payloads slated to launch onboard SpaceX’s 20th commercial resupply services (SpaceX CRS-20) mission. These payloads represent a diverse mix of research and development seeking to leverage the unique space-based environment of the orbiting laboratory to improve life on Earth. The SpaceX CRS-20 mission is slated for launch no earlier than March 6 at 11:50 p.m. EST from Cape Canaveral Air Force Station in Florida.

Below are highlights of ISS National Lab-sponsored research investigations that are part of the SpaceX CRS-20 mission to the space station.

This project seeks to investigate the flow of nonuniform foam particles to study the mixing and packing behavior in the absence of gravity. Results will help inform the manufacturing process of adidas Boost shoe soles, which contain polymer particles fused together. High-speed cameras will be used to capture the flow of foam particles of different sizes to study the filling process and particle mixing behavior. By evaluating foam particle dynamics in microgravity, adidas seeks a better understanding of shoe midsole performance, which could lead to enhanced products for athletes around the world.

This project aims to perform capillary-driven microfluidics experiments in space. Experiments will include capillary filling of microstructures, particle focusing and plasma separation, and microfluidic flow in thermal gradients and will be quantified using fluorescent biochemical reactions. By conducting this research in microgravity, 1Drop Diagnostics seeks to improve the design of microfluidic chips used in medical diagnostics that could lead to time and cost savings.

This project seeks to evaluate the water droplet formation, water flow, and pressure of Delta Faucet’s current H2Okinetic® shower head technology versus the industry-standard use of jet nozzles. H2Okinetic® technology allows better control of droplet size and increases the speed of the drops (fewer water drops are used, but the droplets are larger and are moving faster), which creates a feeling of increased pressure for the end user. The study will evaluate how best to control the output of water droplets to create a better performing shower device that provides an improved experience for the end user while also conserving water and energy. The full effects of gravity in the formation of water droplet size (with a standard jet nozzle or H2Okinetic® technology) are unknown. By conducting research in microgravity, Delta Faucet seeks to gain a better understanding of the upper limit of what can be achieved with the H2Okinetic® technology and determine if and how the technology can be improved.

This project examines the use of electrolysis to generate bubbles to improve methods of drug delivery and precision dosage control in Cam Med’s Evopump. The Evopump is a small, bandage-like pump that can deliver medications directly through the skin.

This project supports the development and validation of the ChemChip Synthesis Platform for the ISS. The platform will be used to study the effects of microgravity on chemical reactions, as a first step toward on-demand chemical synthesis on the ISS. The investigation also seeks to identify potential benefits of microgravity reactions that might be applied to terrestrial processes across a range of applications in industrial and biomedical fields.

This project will study the generation of cardiomyocytes, specialized heart muscle cells, for use in research and clinical applications. Specifically, the team is studying the differentiation of these heart cells from induced pluripotent stem cells (iPSCs), adult cells that have been altered to reinstate characteristics of natural stem cells. Cardiovascular disease is the number-one cause of death worldwide, and cardiomyocytes derived from human iPSCs represent a promising cell source for cardiovascular disease modeling, regenerative medicine, and drug discovery.

This project seeks to develop a tissue chip system to grow human cardiac muscle tissue derived from human iPSCs. The system will be used to study the effects of microgravity on cardiac tissue structure and physiological function. The tissue chip system could eventually be used to study heart disease progression and to screen new potential therapies to treat heart conditions. This project builds on a previous ISS National Lab investigation that looked at microgravity’s effects on heart cells derived from human iPSCs. According to the U.S. Centers for Disease Control and Prevention, one out of every four adult deaths in the U.S. (about 610,000 people) is due to heart disease.

This study aims to utilize the microgravity environment on the ISS to crystallize glycogen synthase 1 (an enzyme present in muscle) and glycogen synthase 2 (a critical enzyme for glycogen synthesis in the liver) together with the enzyme glycogenin. Glycogen synthase works in concert with glycogenin, which is necessary for the proper orientation and function of glycogen synthase. Drugs that inhibit glycogen synthase can be used to treat obesity, rare genetic disorders, and cancer, and determining the crystal structures for these enzymes will facilitate the drug development process. Crystals grown in microgravity are often larger and more well-ordered than Earth-grown crystals, which can lead to improved datasets for structural determination.

This project seeks to use the microgravity environment of the ISS to address both fundamental and technological questions in the science of colloids, suspensions, and slurries aimed at understanding the equilibrium and dynamics of various materials used in additive manufacturing. Colloidal suspensions and denser slurries are used as malleable materials to make paints, ceramics, and, more recently, elements for 3D printing. This project could result in advances in 3D printing technology that uses the microgravity environment to eliminate undesirable effects from gravity and, thereby, allows guided assembly of colloidal particles with different densities, sizes, and properties into unique functional materials. This investigation was funded by the National Science Foundation in an ongoing collaboration with the ISS National Lab to test transport phenomena in space.

This project aims to utilize Emulate’s proprietary human innervated Intestine-Chip system, which includes immune cells, to examine the immune response of the system to disease-causing bacteria, both with and without added probiotics. Results from this investigation may provide new insights into microgravity’s effects on immune response and how the human immune system could be fortified during times of stress. Successful results of this investigation would demonstrate the value of an engineered device that can be used to study the physiology and disease of numerous human organs in microgravity to help advance drug development.

Cool diffusion flames (flames burning at temperatures below 400°C) were first observed in space during experiments onboard the ISS in 2012. Although cool diffusion had been observed in earlier drop tower experiments, cool flames had never been observed as steady spherical flames because drop tower experiments had uneven burn rates. This project seeks to increase a fundamental understanding of the physics of cool diffusion flames by observing quasi-steady spherical flames on porous burners in microgravity. An improved understanding of combustion processes incorporating cool flame propagation could help improve combustion engine efficiency and reduce emissions on Earth. Internal combustion engines burning fossil fuel power most of the world’s transportation and manufacturing. 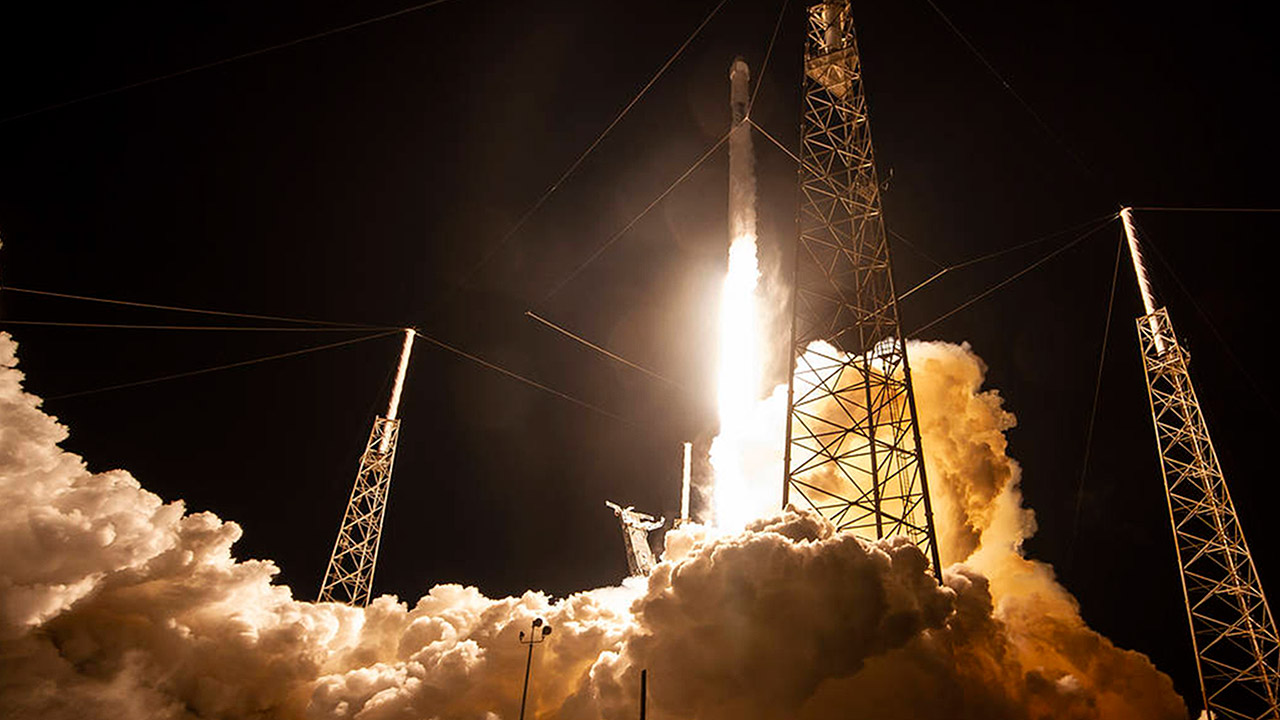